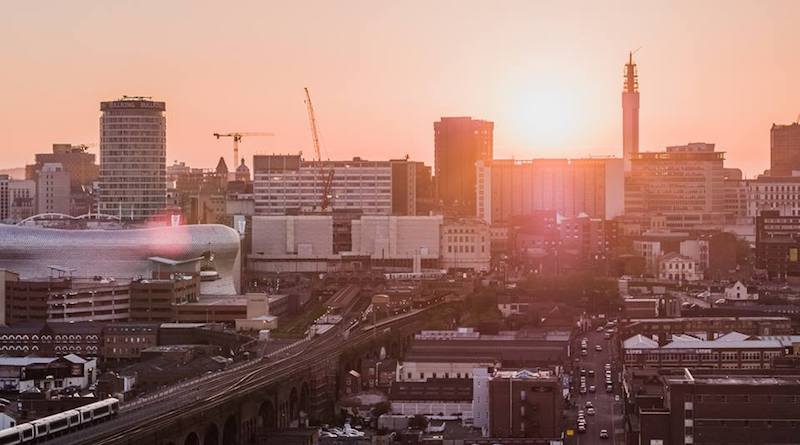 The MJR Group – the Bristol based team behind the newly rebranded Digbeth Arena – have announced plans for a brand new live music venue and bar in Digbeth to open in September.

Situated on Lower Trinity Street, a short walk from some of Digbeth’s main attractions like Ghetto Golf, Digbeth Dining Club and The Night Owl, The Mill is set to offer both live music and DJ events in its large warehouse space, mezzanine and open top roof garden.

Officials originally objected against The Mill’s licensing application of live music and club nights until 2am between Sunday to Wednesday and until 3am Thursday to Saturday, as well as an option to open until 5.30am on seasonal dates and bank holidays; but these objections have since been withdrawn.

The Mill will be on the site of the old Rainbow Warehouse, which controversially lost its license last year following its second drug death in two years.

The Mill described the venue as a “new multi-purpose event space in Digbeth; offering a mezzanine warehouse and open-top roof garden, situated against the Victorian railway arches” in one of their first tweets.

Our first event at @digbetharena was a huge success! A big thank you to everyone involved from the bands, the crew, the gorgeous weather, and all the fans for coming and making this so amazing! Looking forward to the upcoming @skyline_series events over the next few months!

In a statement, The MJR Group said:

“The MJR Group are delighted that through positive and engaging communication with the Birmingham Responsible Authorities, and the hard work of all involved, we have been granted the license for 29 Lower Trinity Street.

“After the recent success of our Britrock Must Be Destroyed concert in the Digbeth Arena, and the acceptance of our licence application, we are excited to take the next steps and become a valued member of the vibrant and innovative community of Digbeth.

“The welcome and support we have received from surrounding businesses, who are producing excellent entertainment, creative and hospitality experiences, has been tremendous and The MJR Group looks forward to bringing unique and varied concerts and events to the area.

“We will be issuing a more expansive release later about our plans for the new event space and upcoming events at the Digbeth Arena.”

The Mill is set to open in September 2018. You can keep up to date with The Mill on Facebook and Twitter.

Digbeth Arena is set to host a handful of ‘Skyline Series’ across the coming months, including Garbage, Brian Wilson performing Pet Sounds, Texas, The The and James Arthur. For more information, please visit skyline-series.com.