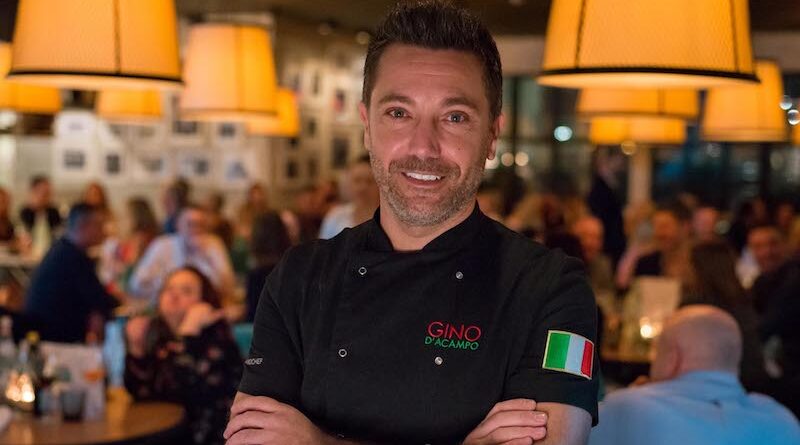 The charismatic Italian chef, perhaps most commonly recognised for winning the ninth series of ‘I’m a Celebrity Get Me Out of Here’ and being a regular on ITV’s ‘This Morning’, is opening a restaurant right at the heart of Birmingham – adding to his growing chain of restaurants in other exciting UK cities such as London, Manchester, Liverpool and Hull.

Since the recent closure of two of his London restaurants, D’Acampo has sought to grow his business outside of the capital. Speaking on the announcement, he said: “I want to open restaurants in the coolest cities in the UK, so I am super excited to be opening in such a great location in Birmingham.” D’Acampo describes it as a “fantastic mixture of old and new”, adding that “the Brummies are such a welcoming lot, they know how to have a good time.” And what better place than right next to The Ivy on Temple Row? Right in the beating heart of the City Centre, surrounded by other fantastic bars and restaurants.

And it is more than just a restaurant. The new stylish venue will seat nearly 200 guests, and include iconic features that are characteristic of D’Acampo’s brand – including a 15 metre open kitchen where you can watch your meals being cooked, a 25 metre cocktail beer, a deli bar, a private dining room, and a photo booth to “help transport you into the Italian Dolce Vita.”

The restaurant will open its doors on the 31st October. D’Acampo hopes his new well-sourced and top quality showcase of real Italian food will one day rival the infamous Brummie balti… Watch this space.