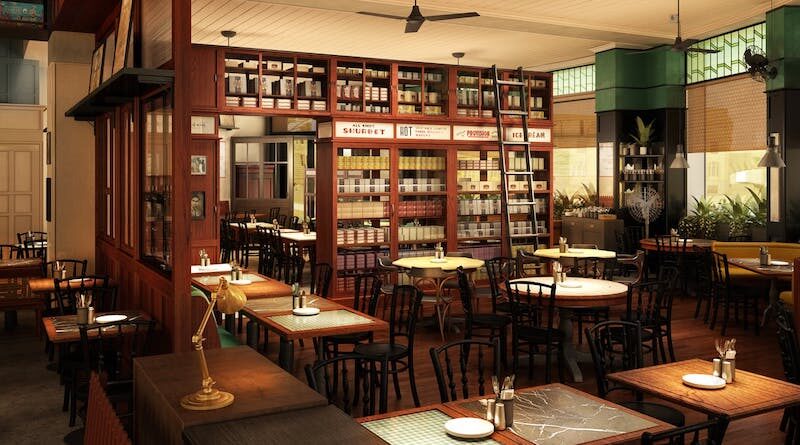 Dishoom Birmingham will finally open its doors on April 1, following a ten-day soft launch with 50% off all food between March 21-31

Dishoom Birmingham will officially open its doors at One Chamberlain Square on April 1, 2020.

Bringing the spirit of Bombay’s Irani cafés to the UK’s second city, Dishoom will first open up their restaurant for an exclusive, ten-day soft launch between March 21-31, with 50% off breakfast, lunch and dinner during this period.

Keen diners can head to the restaurant from 9am onwards on March 21, with the soft launch officially ending at 3pm on March 31.

During the soft launch, Dishoom will accommodate walk-ins only, but bookings are now open for April 1st onwards via dishoom.com/birmingham.

After endless wanderings in Bombay, delving down market gullies and meeting colourful Bombay characters full of stories to tell, we're most delighted to share that Dishoom Birmingham will officially open its doors on Wednesday 1st April!⁣ ⁣ Before then, we warmly invite you to our not-to-be-missed soft launch from Saturday 21st March to Tuesday 31st March. There'll be 50% off food all day, so do join us for Bombay Breakfast, Lunch, Afternoon Chai, Dinner or Late Night Tipples. We'd be most appreciative of your help as we ready our newest and most exciting Bombay Café for the official opening. Do visit the link in our bio for full details of the soft launch period.

Dishoom’s Birmingham branch will be their eighth in the UK, and only the third outside of London.

Dishoom Birmingham will occupy part of the ground floor of One Chamberlain Square, overlooking Grade I listed Birmingham Town Hall, the Birmingham Museum and Art Gallery, and the Chamberlain Monument fountain, some of the city’s most charming and impressive historic landmarks.

Dishoom Birmingham will, as ever, pay loving homage to the old Irani cafés that were once part of the fabric of life in Bombay. The design will weave together threads of Bombay’s history with a Birmingham-inspired narrative. The space will accommodate 330 guests, across the dining room, Permit Room bar and outdoor terrace.

The restaurant will be open daily, providing patrons with everything from breakfast and mid-morning chai, to lunch and afternoon tipples, right through to evening feasts and late-night snacks.

Birmingham patrons will also be able to avail themselves of the brand-new Chef’s Special, created by Chef Naved especially for the city. The Mutton Chaap Korma sees marinated chops of mutton lavished with a rich, nourishing sauce, best mopped up with the accompanying khamiri roti. A classical Indian korma in the style of Bhendi Bazaar’s Noor Mohammadi.

For every meal sold at Dishoom Birmingham, the restaurant will donate a meal to a hungry child with the help of their two supported charities, The Akshaya Patra Foundation in India and Magic Breakfast in the UK.