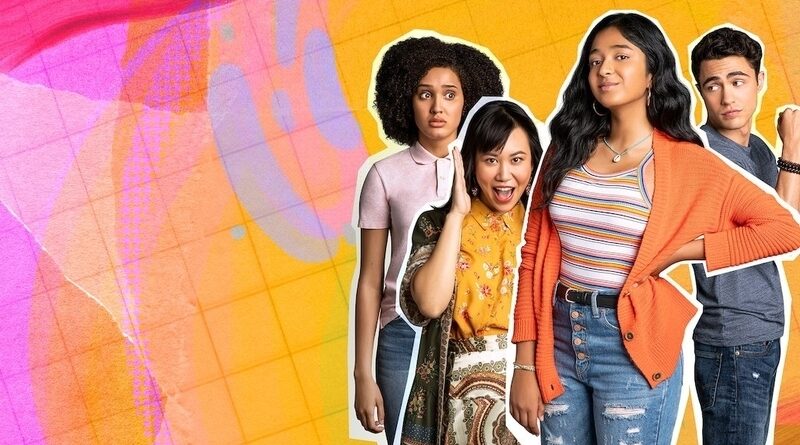 film and tv
May 11, 2020 Arushi Sharma Maitreyi Ramakrishnan, Mindy Kaling, Never Have I Ever

Mindy Kaling’s Never Have I Ever, was released on Netflix on April 27th. On the surface, this show may seem like just another story, centred around adolescent romance and high school rivalries. The reality is quite different.

Never Have I Ever follows the story of Devi Vishwakumar, a high school sophomore, searching for her path to popularity which, she seems to think, lies in getting a boyfriend. By starring a young, woman of colour as the protagonist of this story, Kaling has offered the British Asian audience the refreshing and incredibly long overdue Indian representation that so many have been waiting for.

As British Asian viewers, my sister and I had rarely seen American shows which represented women of Indian background trying to navigate the simple, daily strains of growing up in between two seemingly opposite cultures. Yes, there were plenty of supporting roles where the Indian girl or boy was always smart and well-behaved. If they did not fit this stereotype, it was almost as if they had rebelled against the foundations of the entire Asian culture.

This is why the simplicity of Devi’s tale strikes a different type of chord. It breaks the tired ‘Indian-girl’ stereotype and allows Devi to be seen as a normal teenager, who takes wrong turns, says cringeworthy things, and loses her friends, all whilst struggling with deeper issues that she’s reluctant to confront.

The major theme which Devi struggles with is her identity. After recently recovering from the death of her father and her short-term paralysis, Devi projects her grief adamantly onto the idea that she must reconstruct her image. For Devi and her cousin Kamala, finding a balance between their Indian heritage and high school culture constructs a major part of their lives and choices.

Visually, it is clear that Devi exists in multiple worlds; finding that balance between being too American or too Indian indicates the culture gap that many second-generation British Asians undoubtedly face. In Devi’s situation, it seems to drive a wedge between her mother and herself.

Kaling addresses this identity battle with small and relatable references to Indian pop culture throughout the season. However, it truly hit home in the Ganesh Puja episode. Devi and her internalised reluctance towards being “too-Indian” juxtaposes with the outwardly vibrant and bold Hindu community. From gossiping aunties to traditional dancing, it’s an amusing and nostalgia-inducing take on some very real childhood experiences. 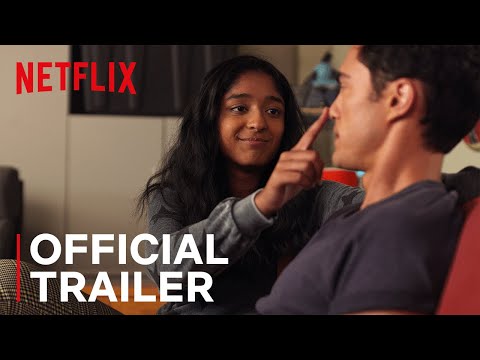 Although the episode is titled Never Have I Ever…Felt So Indian, it introduces the constant internal question of being too Indian or not Indian enough. A dialogue that is at the forefront of every conversation and the back of every thought. However, this episode foreshadows that, through her journey, Devi will discover that it can be possible for her to feel comfortable and find her place, with time. This message of embracing and feeling empowered by your heritage comes through quite strongly and is a powerful note to young men and women today.

As well as being a story about Devi, Never Have I Ever acts as a window into the lives of the women in her household; her cousin Kamala and her mother Nalini. Engrossed in trivial schemes to boost her popularity Devi becomes distanced from her friends and family. Combined with the lack of communication between Devi and Nalini, a wedge is driven between them and their unresolved grief for the death of Devi’s father. Through this relationship, the series explores a range of issues regarding mental health, grief, the expectations of women and widows amongst Asian communities.

Kamala’s story arc does not stop at her beauty and brains, but delves into the complexities and assumptions surrounding arranged marriages, interracial and interreligious relationships. We see the internal conflict unfold as she copes between upholding her duty to her family and the personal commitments she has made. Whilst every instance of marriage and every Asian household is different, Never Have I Ever has opened a door into a multitude of topics that need to be discussed.

The beauty of Never Have I Ever lies in its simplicity. For too long we have waited for a character like Devi and a mother like Nalini; a story arc that represents the adolescent struggles of an Indian American teenager and an Indian American family. It’s refreshing that Devi’s story is not restricted to her grades or a pressure to succeed but explores her life in the context of her background and how her relationship with these complex social constructs develop. Once the ball of diverse representation starts to roll, there is very little chance that it will stop.

The first season of Never Have I Ever is available to stream on Netflix to indulge in some teenage drama, Indian style.