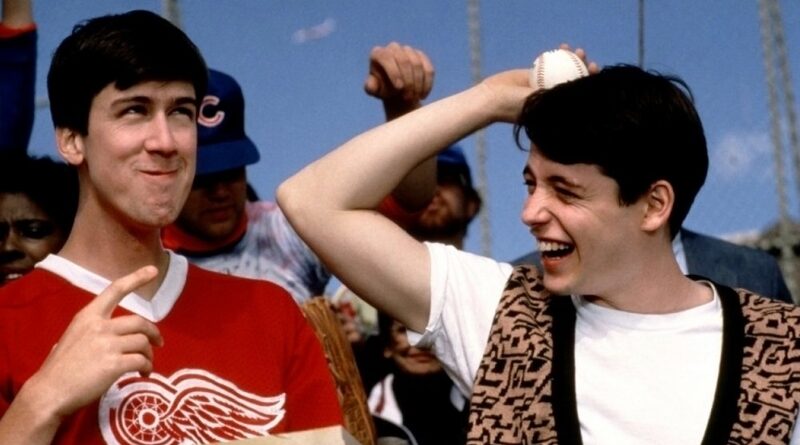 We’re looking at a John Hughes classic in this fortnight’s Lockdown Looking Glass, recontextualising the sheer ’80s joy of Ferris Bueller’s Day Off.

High school, and more importantly, teenage existence, is an ephemeral wonder. The John Hughes’ creation Ferris Bueller’s Day Off basks in this view of youth, with all the charm and tomfoolery that comes with adult hindsight. In its consistent fourth-wall-breaking monologues, the film is refreshingly self-aware, with Ferris (Matthew Broderick) frequently breaking mid-scene to reveal a sobriety amid the intoxication of youthful fun.

Artists, writers and directors galore have all attempted to scrape some semblance of their youth back when putting teenagers at the focal point of their art. However, with John Hughes, he appears less as an envious onlooker, but more as a sympathetic anthropologist. He picks apart the lives of young American teenagers with an almost academic precision.

The “Day Off” in question is one which is based around both teenage angst and the fleeting moments of life’s best moments. We see Ferris’ attempts to construct a perfect day, made easy by his manipulative genius. Much to the annoyance of sister Jeanie (Jennifer Grey), Ferris once again succeeds in feigning sickness for one of his seemingly infamous days off. 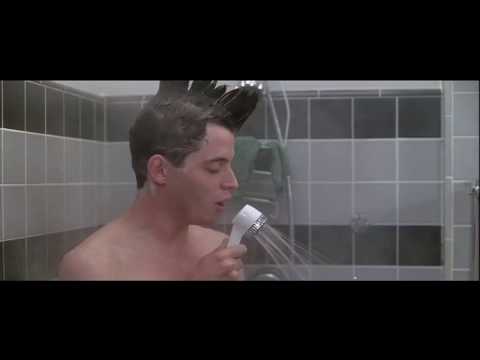 With the use of recorded coughs and charity appeals turning the cogs of the rumour mill, Ferris has convinced his high school he’s at death’s door. This has a dark irony when watched during a pandemic, but even amid COVID-19, we’d all love to live out Ferris’ skiving.

Akin to a car salesman chasing a sale before payday, Ferris sells this dream to his neurotic best friend Cameron (Alan Ruck), a deeply anxious juxtaposition to the wonder boy that is Ferris. With Ferris behind the wheel of Cameron’s Father’s disgustingly perfect lollipop red Ferrari, with gorgeous girlfriend Sloane (Mia Sara), the three set out on for a day in downtown Chicago.

In viewing the film in this state of lockdown, many of the elements of the “perfect day” are ones which we all find ourselves daydreaming of in our post-lockdown fantasies. We dream of the days of freely visiting art galleries, and finding ourselves in fabulous restaurants, and maybe even partaking in a parade, because why not? There’s an unexpected poignancy to the film now, as Ferris lives out a day which we all now aspire to and hope to relive again. In viewing the freedoms of youth, we bask in the freedom of the before times, adding a double layer of nostalgia to an already nostalgic film.

In this youthful expression of freedom, the film very much mirrors how lockdown will inevitably be broken. Ferris embodies an invincibility oft attached to the youth psyche, and these same clichés of risk-taking behaviours and daredevil acts are still alive and kicking in lockdown. However, in setting out on his day off, Ferris is attempting to escape a similar demon to that of lockdown – he fears the humdrum of adult life, as we fear the humdrum of lockdown life. The adults in John Hughes’ imagination are symbols of lost joy, be that in the cartoonish villainy of principal Ed Rooney (Jeffery Jones), or the mysterious fear of Cameron’s father.

This idea of escapism from the expected norm is newly ironic upon a global pandemic, as a newfound uncertainty has formed around life’s progression. We now crave the normalcy of humdrum existence, even if that means succumbing to adulthood. But, the film teaches an important lesson about how we use our freedom. We see how easily we can live out Ferris’ joyous existence by merely taking the time to consider life’s joys, the ones that are so easily abandoned amid overworking and routine ruts. 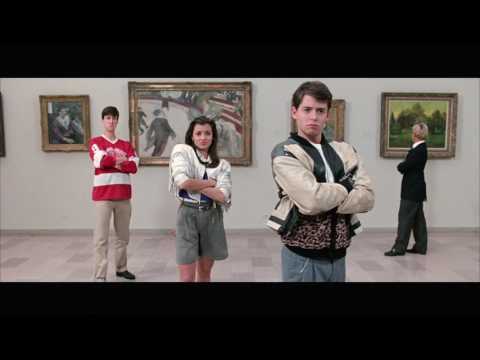 Ferris becomes an aspirational figure for many of us by the end of the film, particularly with Cameron as a conduit. Through subtle scenes, we see Sloane and Cameron ponder their futures, both admitting their uncertainty, with Ferris sure-fire confidence acting as a guiding light. Even Ferris isn’t immune, as he too admits his fears for adulthood, fearing the end of his moment-to-moment living.

The reconciliation of these fears comes to a head upon Cameron’s sudden realisation that the Ferrari’s mileage has significantly exceeded his father’s memorised figure, exposing his adventure. As painful as it is to see that Ferrari nosedive into forest depths, never to run again, this moment is one of freedom and release. Cameron can overcome the fear of his father’s rage, deciding to own up to his mistakes, reaching the aspired self-confidence which Ferris employs.

In seeing this transformation in Cameron, this may be seen as a greater metaphor for our metamorphosis in lockdown. Will we have gone into quarantine, a reluctant and reclusive Cameron, and come out with a Ferris Bueller vibrancy, ready to begin again in our post-quarantine world? Or will we fight off that same humdrum existence which Ferris fears, for a world of newly appreciated freedoms? Only time will tell.

If you feel like reminiscing about before times and driving Ferraris, Ferris Bueller’s Day Off is available to stream on Netflix.