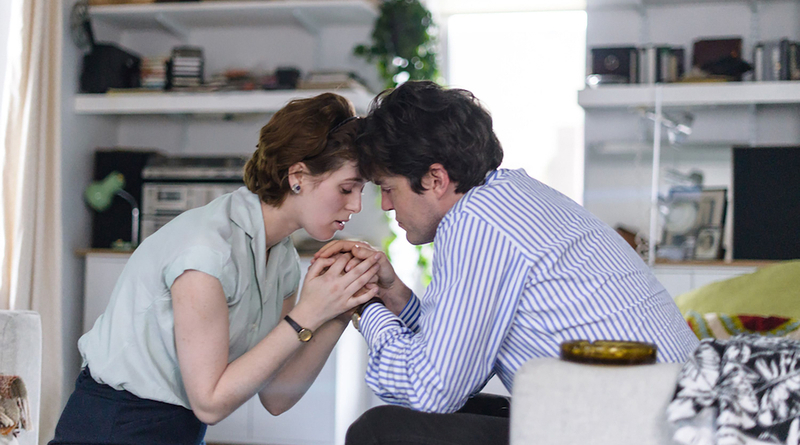 Joanna Hogg’s semi-autobiographical new feature, The Souvenir, invites us into the pastel-washed, pale-skinned world of her twenties.

The Souvenir centres on Julie (Honor Swinton Byrne), a twenty-something creative setting out to become a filmmaker from her top-floor Knightsbridge apartment, just like Joanna Hogg did at the same age. However, Julie’s idyllic world is disrupted when she enters a toxic relationship with flamboyant habitual heroin-user Anthony (Tom Burke).

Visually, The Souvenir is drenched in eighties nostalgia, but the controlling relationship played out against this backdrop is anything but. Hogg’s film tackles the subject with a tender hand and a deep self-awareness – Julie is insecure about her privileges, both in film school and amongst her bohemian friends.

She finds a match in the insufferably plummy Anthony, but under his control loses faith in her creative ideas, risks her degree and strains her relationship with her mother (Tilda Swinton). When confronted by a friend (Richard Ayoade) about why she and Anthony are together she stares back doe-eyed: “I’m afraid I don’t understand,” she stutters. Julie’s privilege gives her a juvenility and innocence like no other, which comes off as both endearing and at times, frustrating.

Hogg makes the audience work, using a show-not-tell approach to the plot. The Souvenir exists as a series of quiet scenes set over three(ish) years. We are reminded that this story is close to Hogg’s own when Julie and her classmates discuss “that scene in Psycho”: there may be no blood, but we know Marion is murdered. The retrospective unfolding of events they refer to is carried through the film. At one point we find out that Anthony has stolen from Julie, not through him being caught or confessing, but through their discussion in the aftermath. 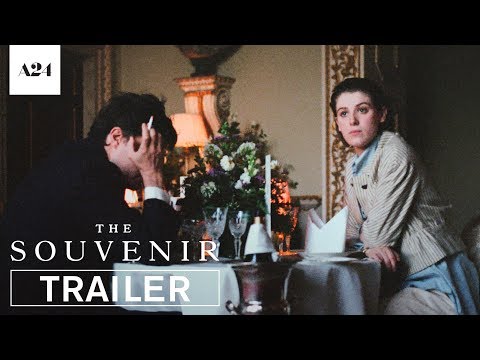 Hogg eschews climatic scenes in favour of keeping a measured pace, demanding our unceasing attention. Equal weight is given to these plot-motivating events as to the silent moments where Julie writes at her desk. This grants us time to appreciate a wonderfully cloudy London skyline through a window, or the additional clutter Julie has accumulated since a previous shot of the same room.

This is a film which uses every minute of its two-hour runtime and no doubt offers something new with every viewing. The craftsmanship of the screenplay is complemented by the casting of the central characters. Julie and her mother’s chemistry must be attributed in part to the decision to cast mother and daughter Tilda Swinton and Honor Swinton Byrne. Meanwhile, Swinton Byrne exudes aloof timidity against Tom Burke’s Anthony, a calculated villain in a pin-striped suit.

Somehow, between Hogg and Burke we are given a glimpse of the Anthony that Julie is so enamoured with in a playful scene where they tease one another about hogging the bed. These most gentle, delicate moments feel like nothing but memories. By allowing us access to them, and the more punishing scenes they fall amongst, Hogg has carved a new space for us as an audience, ever closer to her as filmmaker. To borrow a sentiment Anthony shares in one of his more tender moods, The Souvenir, like Julie, is made special by its fragility.