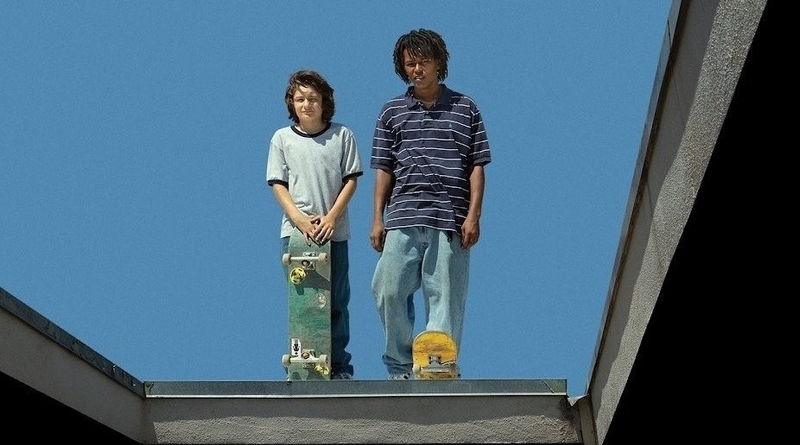 Jonah Hill solidifies his artistic credentials with a feature debut that blends naturalistic acting with just the right dose of ’90s nostalgia.

Since cresting on the wave of bro comedy that defined the ’00s, Jonah Hill has spent a large portion of his career attempting to make a break from beneath the Judd Apatow umbrella. With a clear-eyed intention, Hill has churned through an array of respectable directors, beginning with his 2011 Oscar-nominated performance in Moneyball, before working under the tutelage of one-man film institution Scorsese, and starring in Cary Fukanaga’s weirdo sci-fi Maniac. Hill’s forced evolution reaches its zenith with mid90s, his first time in the director’s chair, and a straightforward statement of artistic intent.

On the surface mid90s feels too calculatedly alternative to pay off. It’s a coming-of-age slice-of-life skateboarding drama in the mode of Larry Clark’s Kids, it’s shot on 16mm with grain and film scratches left in place, it’s cropped to a boxed 4:3 ratio, and it sports an era-specific soundtrack curated by Hill himself, largely made up of golden-era hip-hop (the kind that typically attracts chin-stroking elitists). And yet as the film unfolds it becomes clear that these choices were made for genuine artistic intentions, rather than to emulate other art.

Where Harmony Korine’s infamous script for Kids wallows in its gritty and disheartening vision of disenfranchised youth, Hill takes a far more humanist approach, whilst largely circumventing overt mawkishness. mid90s follows 13-year-old Stevie (Sunny Suljic) as he attempts to ingratiate himself with an older group of skaters and avoid antagonising his emotionally-closed off older brother (Lucas Hedges). It’s a simple enough set up, and yet by keeping its runtime refreshingly lean Hill offers a snapshot of growing up with a desperation to be perceptibly older.

Beneath its aesthetic novelty, mid90s’ greatest asset is its empathy. Acting as a refutation of the kind of casual toxic masculinity Hill himself perpetuated during his Rogen-era comedies, characters are repeatedly forced to contend with concepts of earnestness and sincerity in the face of appearing cool amongst their peers. And yet, it all feels decidedly naturalistic. Whilst every character has foregrounded flaws, Hill takes the time to convey what drives each of them to act as they do, whether it’s the use of offhand homophobic slurs or a reliance on violence as a form of communication.

It helps that the core group is so consistently entertaining to spend time with. Rather than a self-serious drama, Hill utilises his comedic past to give each character a recognisable note of humour. There’s Ruben (Gio Galicia) ever-so slightly older than Stevie, and twice as insecure, Fuckshit (Olan Prenatt) the resident free spirited burnout, Fourth Grade (Ryder McLaughlin) the subject of much of the group’s mockery, and Ray (Na-Kel Smith) the de facto leader. The biggest carry over from Kids and ’90s Linklater movies is the ability for these characters to just sit around shooting the shit, and have it convey laughter and pathos in equal measure.

As is to be expected with a first time effort, some elements of the film end up feeling undercooked. Stevie’s relationship with his mother (Katherine Waterston) is never given the screentime it needs, especially given his seemingly rapid descent into a world outside of her control. Even there though, there are small considered moments that enable the viewer to draw their own conclusions, a poignant way to breathe meaning into a thinly developed dynamic. Similarly, the third act collapses a little under its own weight, and would’ve functioned better had it felt less desperate to be climactic.

Taken as part of the whole, fortunately these issues amount to scuffs rather than scrapes. Given Hill’s comments indicating that directing is where his future interest lies, this is a genuinely promising debut, managing to navigate a tricky balancing act between realism and compassion. What might have been a token collaboration between a comedy actor and the perennial indie darlings A24, instead results in a consistently heartwarming and subtle picture.

mid90s opens across the UK on April 12th, with selected previews on April 5th.