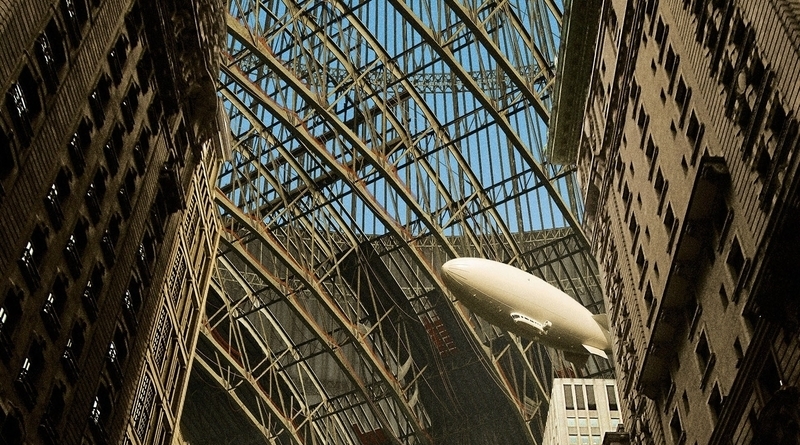 Whether you want to catch soft boi Hugh Grant charm Julia Roberts, a communism-defying food fight or Aidan Gillen with a snake venom-induced erection, our streaming round-up has got you covered.

It has been a quiet and unrewarding couple of weeks on Netflix. Fortunately, they’ve recently added the canonical Notting Hill to their supply of nineties and noughties rom-coms. The Richard Curtis-written staple of the genre stars Julia Roberts and Hugh Grant as the unsuspecting lovers divided by fame and normality. Fighting against every fibre in his body, Grant manages to avoid playing someone who is insufferably charming, instead playing someone that is charmingly insufferable. This distinction makes the entire film. It is at times a wince-inducing product of its time but I dare say that Notting Hill is an essential romantic comedy. To subscribe to Netflix, click here.

As with Netflix, Amazon has been off form, but we can rest easy knowing they’ve added Charlie Kaufman’s existentialist mind-bender, Synecdoche, New York. Philip Seymour Hoffman is a theatre director whose family leave him and whose therapist ignores him, all while he casts for the endless production of his latest play which is more meta-life than metatheatre. Kaufman’s directorial debut has everything you’d expect from one of his stories, but Hoffman elevates the material to the point you’d believe you were watching a magnum opus inside a magnum opus. To join Amazon’s Prime service, click here.

MUBI has a small selection of LA neo-noirs available in preparation for Under the Silver Lake including They Live. A full blown attack on capitalism and commercialism, They Live wastes no time in drawing lines between the oppressor and the oppressed. Capitalists are painted as alien invaders of Earth through the lenses of Roddy Piper’s x-ray specs. Once in possession of these glasses Roddy Piper refuses to hold back and kills every alien / fat cat in sight. “We’re just a developing planet… their third world” claims one character. An unsubtle metaphor summing up how John Carpenter thinks the rich view the poor. Pessimism has seldom been so fun. To sign up to MUBI click here.

Definitely deserving of seeking out is Mister John. Aidan Gillen’s Gerry travels to Singapore after his brother dies there. But once there, Gerry’s grief is interrupted by his opportunism. What starts out as a seemingly BBC-like drama turns into something far eerier that possesses a fair amount style and bravado. The film’s setting of Singaporean-cum-Irish nightlife against the exotic and tranquil wilderness that Gerry is so drawn to, paired with characters tangled in mystery, gives a nod to film noir and the enticingly seedy underbelly we usually associate with the genre. Mister John is an underseen and undervalued piece of 21st century British/ Irish cinema. BBC iPlayer can be accessed for free by any TV license holders here.

BFI have been doing the lord’s work recently by adding films by director Věra Chytilová. The streaming service recently added Something Different (1963), Daisies (1966) and Traps (1998), bringing the site’s collection of her films to five. Her film’s snigger behind the man’s back before laughing in its face, pokes and prods at the patriarchy before kicking it in the balls, and then skips around male privilege before dancing on its grave. It’s great to see a director whose work has been so thoroughly censored, whose creativity and been so continuously stifled, finally be made more readily available. To sign up with BFI, click here.