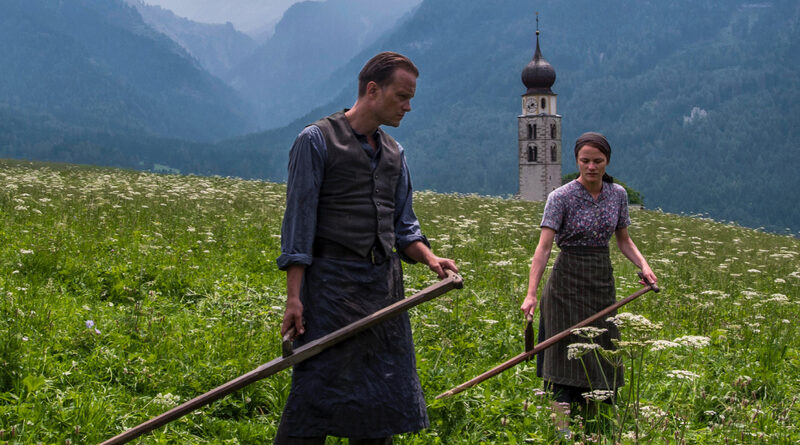 Terrence Malick applies his unique gaze to a worthy subject, but at almost three hours A Hidden Life is both wearying and frustrating.

A Hidden Life is the tenth feature film from canonical American writer-director Terrence Malick, a man whose recent films have alienated even his most fervent admirers. Here, he directs his lens towards the admirable real story of an Austrian farmer, conscientiously objecting to Nazism during WWII.

Malick himself is a persistently intriguing albeit flawed figure, from a career peppered with filmmaking mastery, intolerable navel-gazing and a twenty-year hiatus. Nonetheless, his contributions to cinema history have been such to declare any new release worthy of interest.

His iconic status was attained in the 1970s, through “New-Hollywood” hits Badlands and Days of Heaven. Then followed his lengthy absence and much-acclaimed return with 1998’s The Thin Red Line, his first foray into WWII. However, in the past decade his productivity has spiked and his quality flatlined, churning out self-indulgent, free-form nonsense including Knight of Cups and Song to Song.

Artsy but artificial has been Malick’s moniker of late. Yet, his pioneering visual style remains consistent – that of a wandering fisheye, gliding lyrically amongst angst-ridden individuals. Within frames you can identify a Malick movie by his singular style. Some regard this a testament to his artistry, though “one-trick pony” might be the term best applied to his recent lacklustre fare.

It is gratifying to see him turn his attention to weightier subjects in A Hidden Life, the Life being that of Franz Jägerstätter (August Diehl), an Austrian farmer and devout Catholic who conscientiously refused Nazi conscription. While we see flashes of his prior life, the film focuses on his experiences during WWII and the impact of his actions on his family and community. 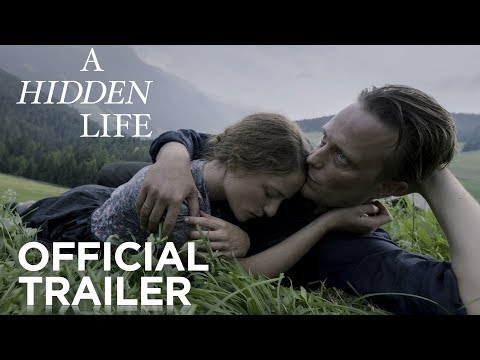 Particularly, they befall his wife Fani (Valerie Pachner) and their three children, besides Fani’s live-in sister Resie (Maria Simon). The casting of Pachner and Simon as sisters is so correlative to be disconcerting – they look so alike that through Malick’s eye they appear almost metaphorical. It’s as if they are opposing, relative moral advisors in Franz’s trials.

Unfortunately, Franz’s trials are less than invigorating. At nearly three hours long, you need to justify that running time. Instead, A Hidden Life offers a repetitive, slow crawl to an inevitable end. Franz’s conscientious objection – the crux of the entire film – is so thinly drawn that you question the strength of his convictions, against the detrimental impact on himself and loved ones. While we know resolutely that Franz is right, the films fails to show why his impulse is so strong against such ruinous effect on his family, who are shown to collaterally suffer yet themselves are underexplored.

The film is more successful in demonstrating agricultural techniques. We see with fine detail how the Jägerstätter family sustain themselves and their livelihood to the extent that you feel your own fingers in the mud. We also witness the quiet terror of Nazi bureaucracy, as Franz is imprisoned and slowly moved through the system. One successful recurring motif is the dread of the postman – a boy cycling through hills, ringing his bell to announce news of Nazi progress.

This allows the capacity for somewhat interesting interaction with supporting characters, which invites us to assess respective guilt as collaborators to the regime. Here we get abstract glimpses of true psyches, variously depicted as grotesque or mad. However, these small flourishes are a minor feature in an otherwise plodding narrative, while actual discussions never dig into issues with any depth.

The problem is exacerbated by focusing predominantly on Franz – his unwavering moral justness does not make for a riveting protagonist. His position is set early on and is maintained throughout with little interrogation. Meanwhile, Fani and family are ostracised from their community without and shown as largely void of personal agency – they are beholden to Franz’s will.

For its many faults, there are moments of awe-striking beauty, particularly found in the Austrian landscapes. Malick’s lens moves gracefully through rural mountains and Nazi prisons to tell a resonant story, however A Hidden Life lacks the moral or theological insight to truly explore Franz’s noble resistance.

A Hidden Life is showing in select cinemas across the country now.