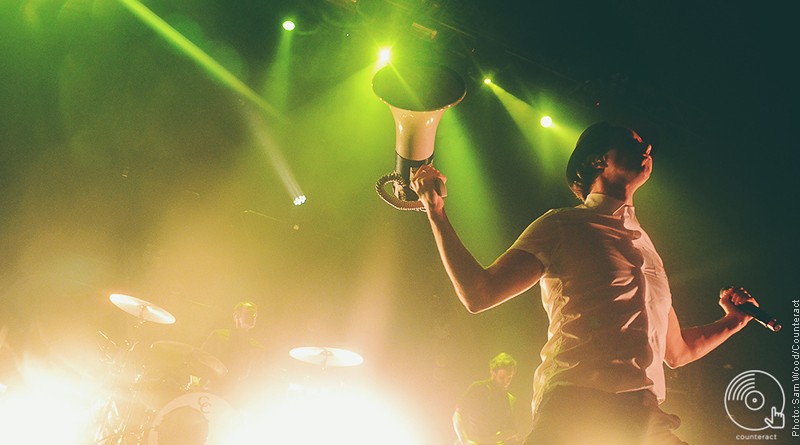 Billingham rockers Maxïmo Park have announced they are returning to Birmingham this spring. The five-piece will hit the road in support of their new album, Risk to Exist, and will play the O2 Institute on May 5th.

The group, led by the angular moves of dapper front-man Paul Smith, announced details of their forthcoming sixth album earlier this month, their first since 2014’s Too Much Information. The album will be released on April 21st through Cooking Vinyl, and according to the band it is “informed by the dire state of world affairs in 2016 and the crumbling political systems.”

Maxïmo Park have also unveiled the title track, a stomping, lean jangle that blends the polemic angst of 2012’s The National Health with the angular riffs of their high water mark, A Certain Trigger. Smith and co are a well-established live outfit, known for Smith’s eccentric, but energetic, movements and an always-raucous set, filled with hits like ‘Apply Some Pressure’, ‘Our Velocity’ and ‘Books From Boxes’.

The band’s tour dates are as follows:

Tickets are on sale from Friday (27th January) and can be purchased here.