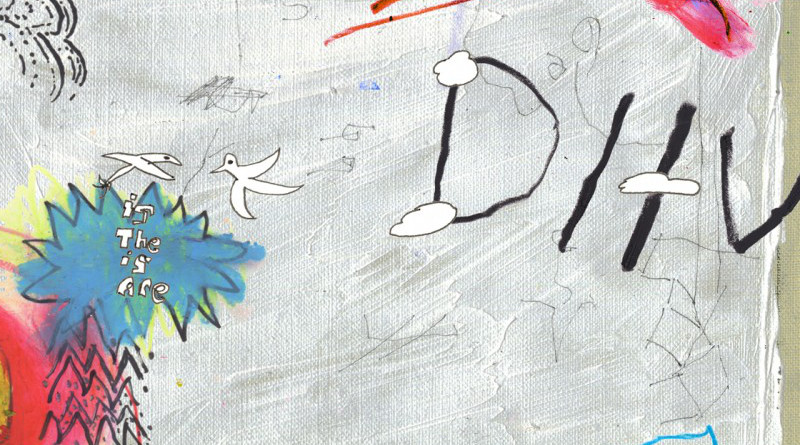 Adele apologised for the long delay in between her albums, saying with a shrug “I had to, well, live first.” For DIIV, it’s a little different – it was living that was causing the problems. After 2012’s refreshing Oshin, lynchpin Zachary Cole Smith saw his troupe dissolve into a chasm of drugs, cancellations and rehab. Four years on, Cole is finally back, and through all that living he has certainly done a lot of growing up.

While lead single ‘Dopamine’ reflects the giddy rush of an all-too-familiar drug, coursing through our veins Cole’s familiar chorus-inflected riffs, the rest of Is the Is Are is as complex and intriguing as its album title. ‘Bent (Roi’s Song)’ begins with an almost Oriental riff, before spewing an interminable ooze of MBV-style reverb and a coasting bassline, while Cole’s beau Sky Ferreira does an impressive Kim Gordon impression on the brooding ‘Blue Boredom’. Equally as dark is the menacing ‘Valentine’ and the New Order-inflected bass strums of ‘Yr Not Far’, showing a fragility to the seemingly perma-stoned world of DIIV’s mercurial frontman.

It’s not all downbeat, though. Opener ‘Out of Sight’ begins with a crackle of feedback, before Cole’s signature, echo-laden riff canons into view, his high-pitched, breathy assurances sweeping up the refrain. Single ‘Under the Sun’ is one of their catchiest songs, which is propelled by an upbeat guitar motif straight from the head of a (happy) Robert Smith and ‘Loose Ends’ soars like Nowhere-era Ride.

With Is the Is Are, Cole has taken a great leap forward and shown four years really was worth the wait.

DIIV play the O2 Institute in Birmingham on Thursday March 17th; tickets are on sale now via Ticketmaster.