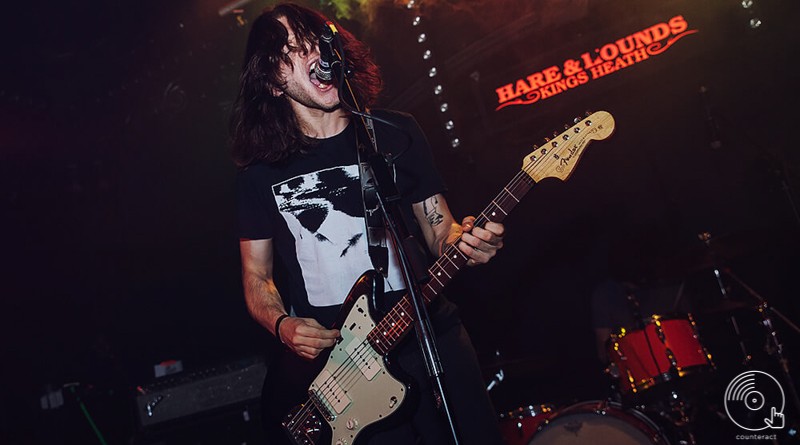 Mutes start off the Friday night of This Is Tmrw’s All Years Leaving festival at the Hare & Hounds, setting the tone with their rough, lo-fi sound reminiscent of early 90’s shoegaze. Their set veers between fast, fuzzy workouts- which almost have a punk element to them- and dense noise sessions. 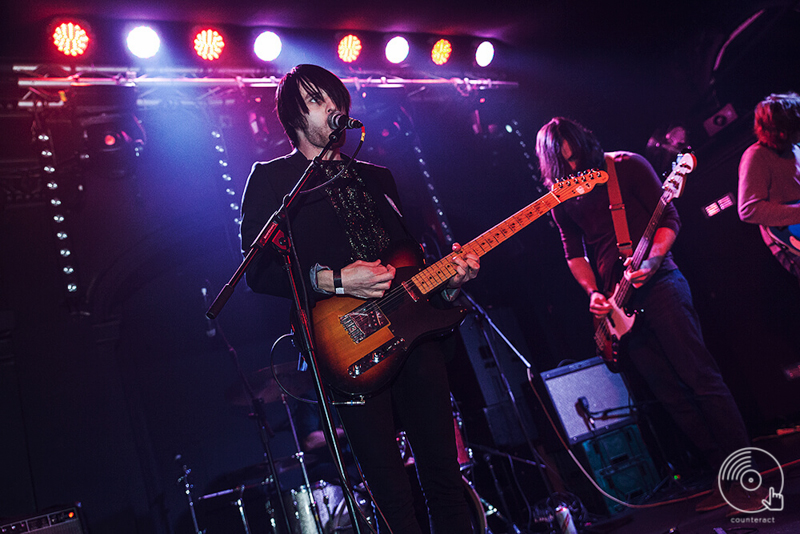 Their performance is passionate, as the lead singer James Brown (no, not that one) finds himself collapsed on the floor, scrabbling in a guitar-bashing frenzy. The set concludes with a final feedback session in which the guitarists twiddle their pedals and the drummer (Junior, also of local heroes Johnny Foreigner,) starts nonchalantly packing his stuff away at the back. 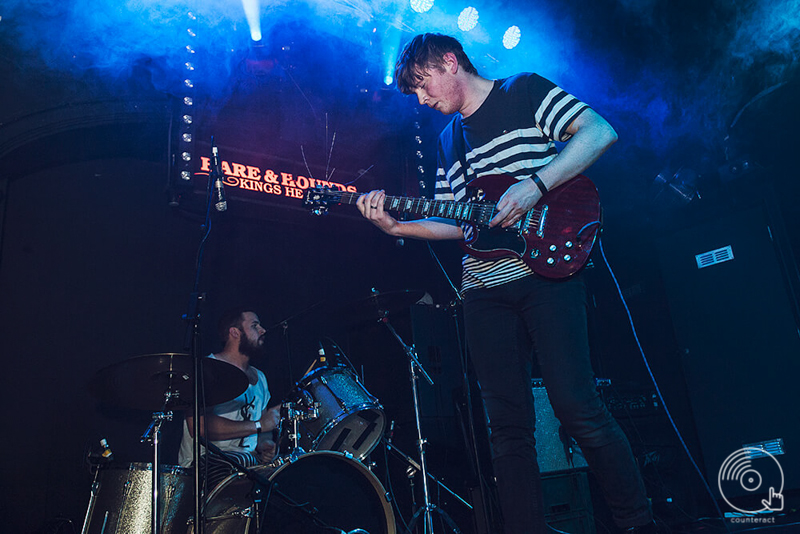 The Mighty Young, a blues/garage-rock two-piece, are next to take the stage. They bring with them a strong dose of muscle and swagger, powering through their set of riff-heavy tunes. Highlights include stomper ‘Neptune’ and the guitar-hero vibes of ‘…And Then The Rain Came Down’. Towards the end they unexpectedly pull out a cover of Abba’s hit ‘SOS,’ which they expertly turn from fizzy 70’s pop into grungy, cathartic sludge. If The Mighty Young were to do a longer set they could perhaps do with more variation in their set, but on this occasion their hefty sound is visibly lapped up by the crowd. 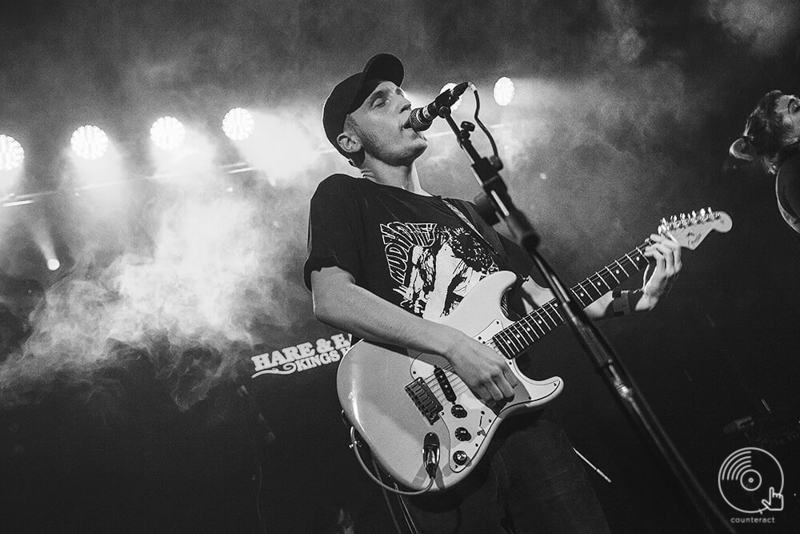 From here on it becomes much more difficult to observe what’s going on onstage, as the room suddenly fills up when Kagoule begin their set. Their sound is difficult to pin down, but they are another band with a definite 90’s influence to them with their shimmering guitars and grungy melancholy. Over the heads of the slightly swaying crowd, the most visible performance element is bassist Lucy’s top-knots bouncing from side-to-side when she’s not providing vocal harmonies to underpin lead singer Cai’s solemn melodies. 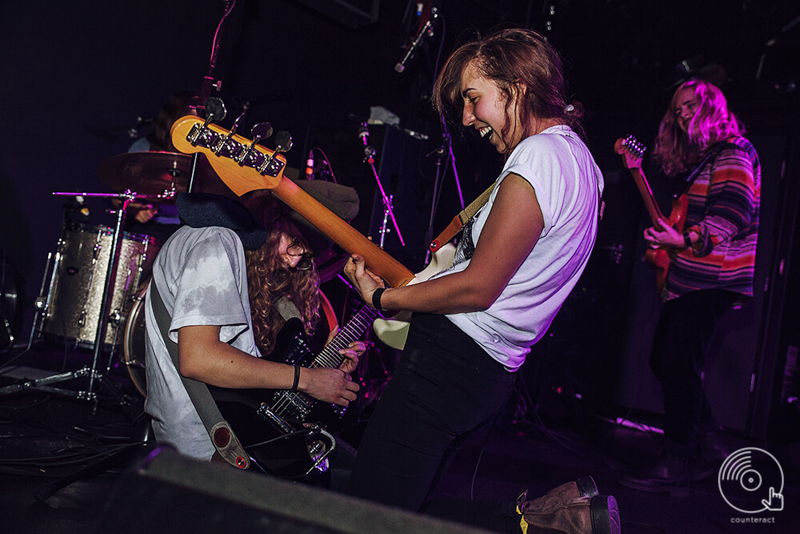 “This is a song about being a slut,” Seattle slackers Chastity Belt declare as they kick off the second half of the night. The crowd cheer encouragingly as they begin a surprisingly gentle, whimsical ballad. They are a vintage American college band, with their woolly hats, baggy shirts drawling vocal delivery. Chastity Belt evoke bands such as Velvet Underground and Thee Oh Sees in their restrained indie sound and obtuse song structures. 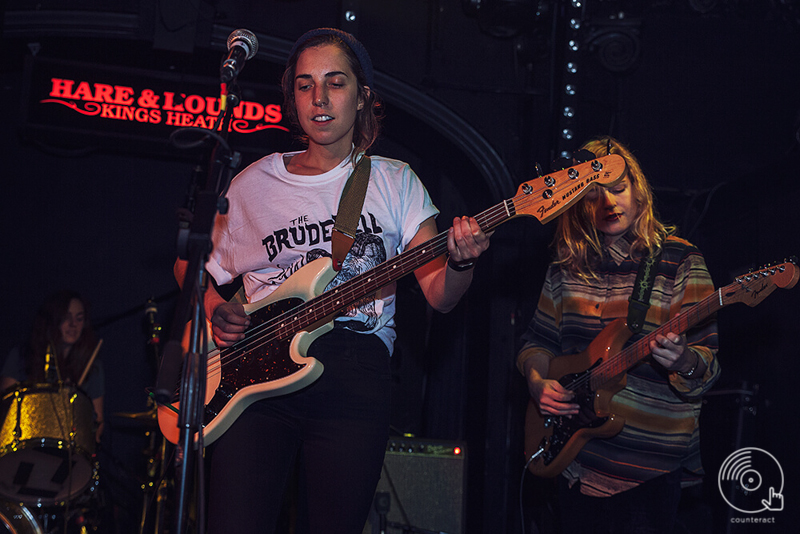 A few audience members who arrive late can be seen shrieking on recognising the band, singing along and fighting their way to the front. It remains to be seen whether there will be more people responding like this the next time the band come to Birmingham. 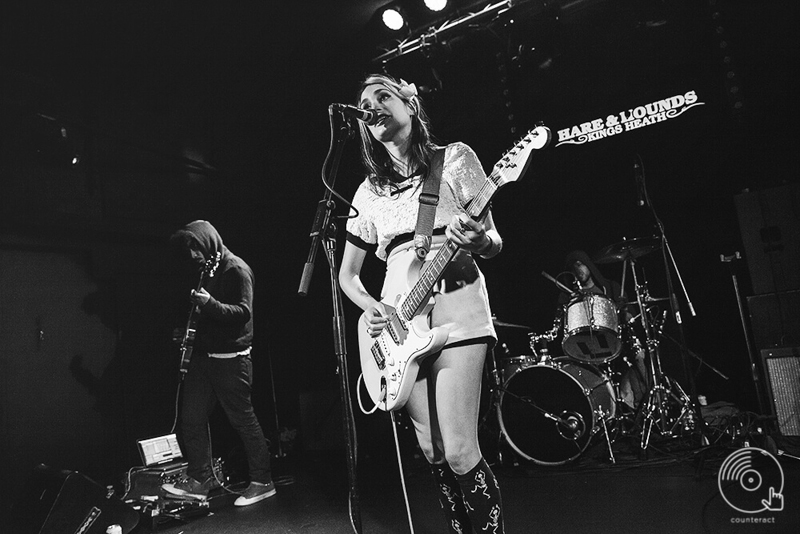 Speedy Ortiz from Massachusetts continue the American invasion, and bring more 90’s grunge-pop slacking to the night.  They’re the most instantly accessible band of the night, keenly balancing gritty guitars with contagious pop melody. The highlight of their slot is single ‘Raising The Skate,’ which is reminiscent of early Smashing Pumpkins. 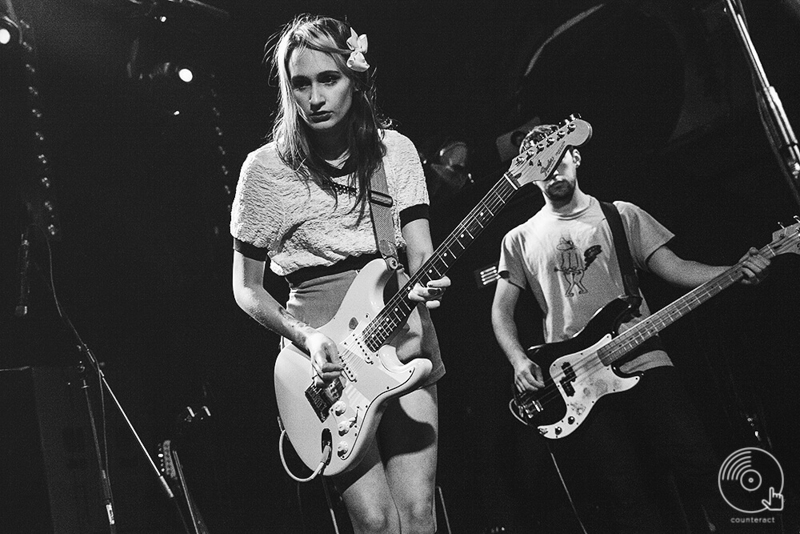 Their edgy sound contrasts their tame image; lead vocalist Sadie Dupuis wears a bow in her hair and sings softly, even whilst the rest of the band are wreaking havoc beside her. They are received well in the room, and it is likely they will be in bigger venues the next time we see them. 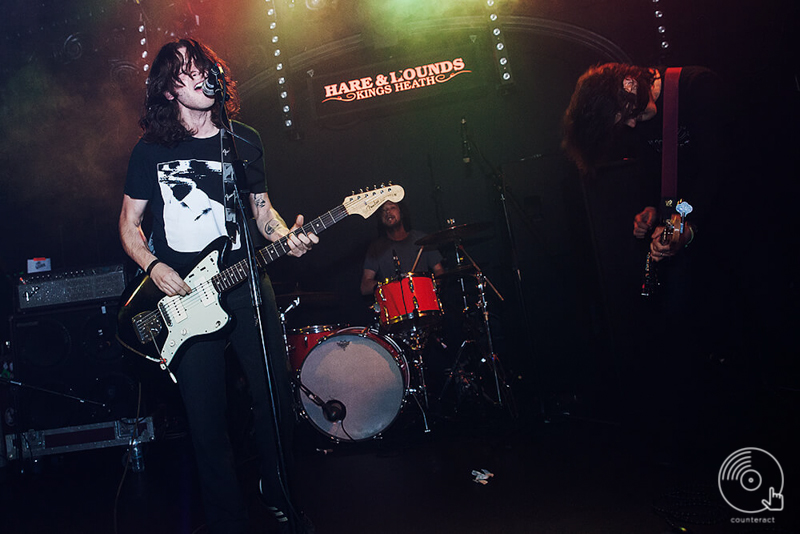 The Wytches conclude the night with their headline slot (Wide) at midnight- the witching hour, you might say. The first squeals of noise begin, the crowd surges to the front and the band become the loudest sound in the world for the next hour or so. With chiming horror-music tones, screeching vocals and thundering drums, the Hare & Hounds feels as if it is constantly on the verge of an earthquake as tectonic plate-shattering sounds blast from the stage. It is also fitting that this gig takes place just over a week before Halloween, as amongst the noise The Wytches have a tangible spookiness about them. 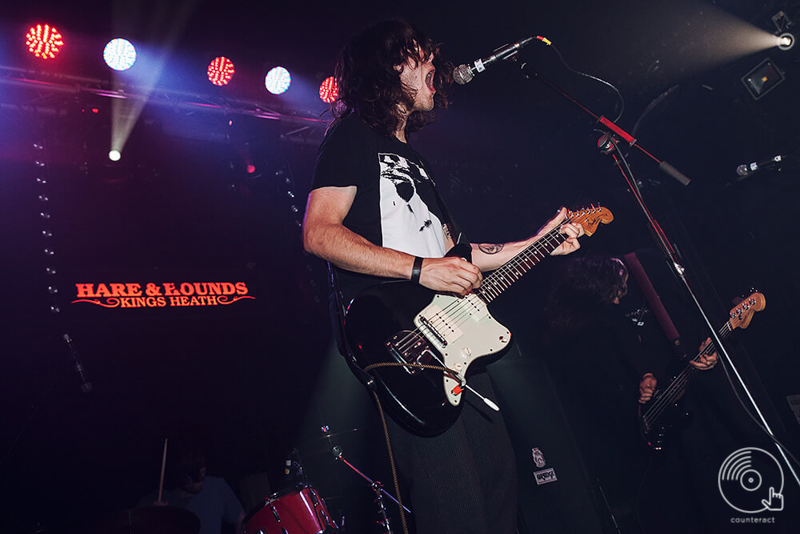 A mosh pit forms at the front, and the night becomes a frenzy of shouting and limbs in motion during the likes of ‘Graveweller’ and ‘Digsaw’. A bottle flies into the air, and people climb onto the stage and crowd-surf off into the distance. At the front, the crowd are quite clearly hypnotised, though at the back there are one or two people who decide to leave; this level of destruction clearly isn’t for the faint of heart. As the set concludes, apocalyptic rumblings subside as the guitars are put down and piercing feedback rings out. The band exits the stage, leaving the ear-splitting sound for the audience to continue listening to. The Wytches stick, if not in one’s mind, then in ones eardrums. Perhaps indefinitely.