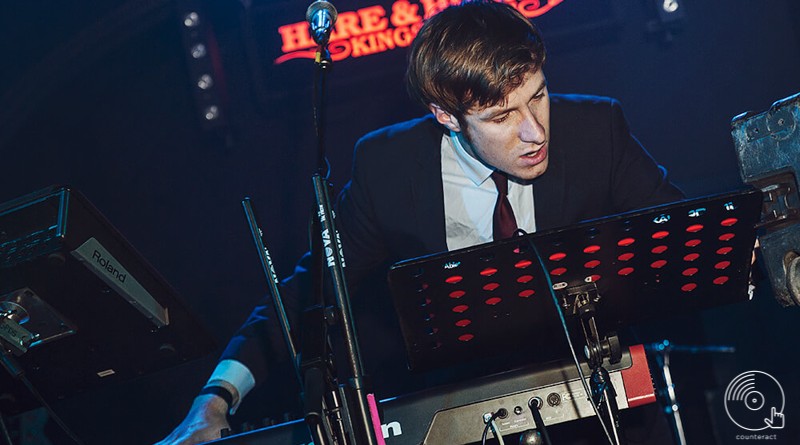 If day one of the illustrious All Years Leaving festival leant itself to noise and filth, day two, it seemed, planned on lending itself to a more ethereal, melodic landscape. A more varied line up to say the least, a packed out Hare & Hounds was treated to some of the most entertaining and absorbing live performances the nation has to offer. Local music lovers gathered in droves to dance, smile and transform hangovers into drunkenness. 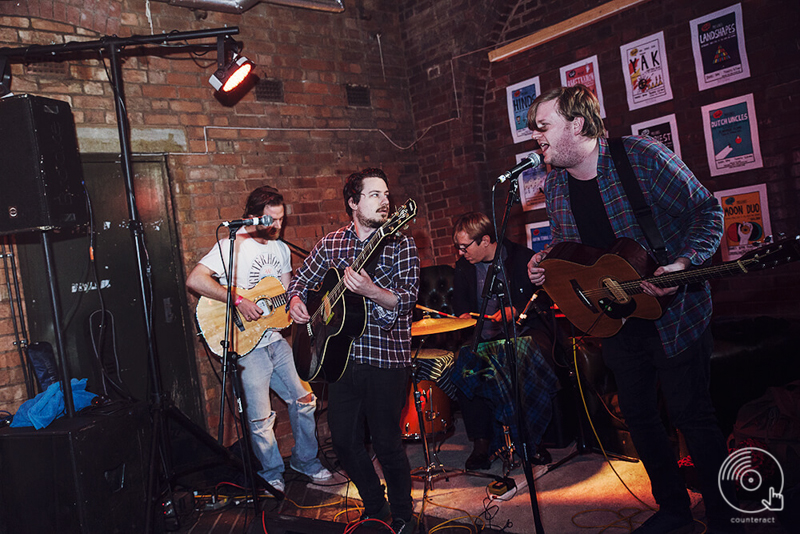 The action began downstairs in the stables, where local stalwarts Sunshine Frisbee Laserbeam attacked their acoustic set like some sort of backwood spiritual. There are microphones, sure, but they elect to bawl at the crowd in glorious unison instead, culminating in most of the band uncontrollably screaming at floors, walls and anywhere else that would listen. The early set didn’t fail to capture the tired crowd, and the smiling was completely contagious as the band set a perfect bar for the start of the day.

As soon as SFL thanked the crowd and ended their set, there was a noticeable rush up the courtyard stairs for the first main stage set of the day, courtesy of Dorcha. There’s somewhat of an underground swell surrounding this project, and as soon as the first song is played it becomes obvious why. If you haven’t seen this band live yet, stop what you are doing and go now. 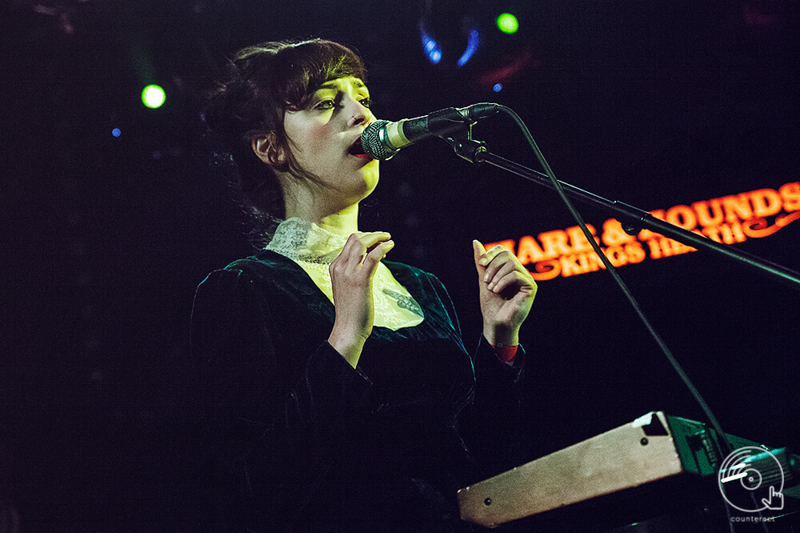 It’s probably fair to assume that master of ceremonies Anna Palmer is more than used to Kate Bush comparisons by now, but who else is there that shares that delicate, haunting vocal that both women seem to embrace so well? The array of players she has assembled to support this project are all clearly in love with the music, and it rubs off on the room with relative ease. This music creates an atmosphere. The middle of the set sees a high point, as the band coasts through a befitting cover of the 1981 Siouxie & The Banshees classic ‘Into The Light’. Don’t think that needs to be a crutch, though, the original material is equally as discordant and chilling. It’s strangely beautiful and it hooks you. 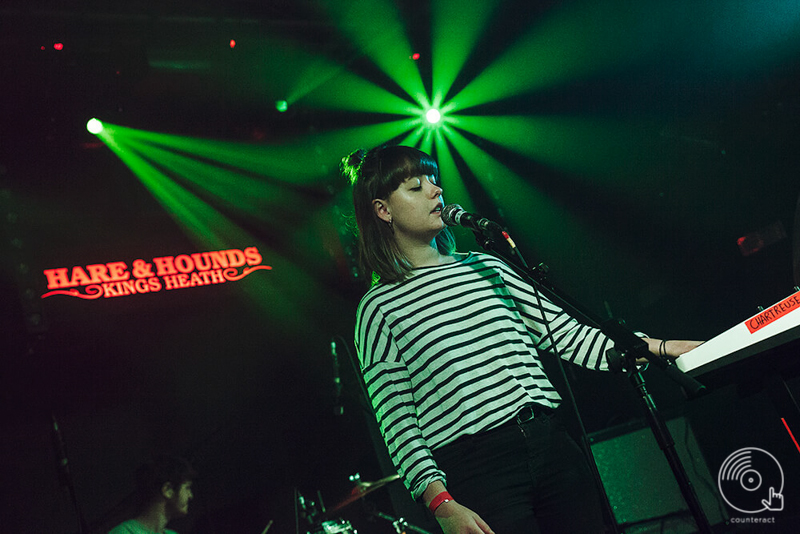 Chartreuse are the next aural delight of the day. The now mellowed crowd are treated to 30 minutes of crafted harmonies soaked in oaky reverbs and jangling soundscapes. This band has enjoyed some pretty hot support slots since it’s inception, and with more of them to come it’s clear that the crowd are anticipating quite the set. Chartreuse did not disappoint, and after a quality show and an entertaining pie-based anecdote, it was time to go back downstairs. 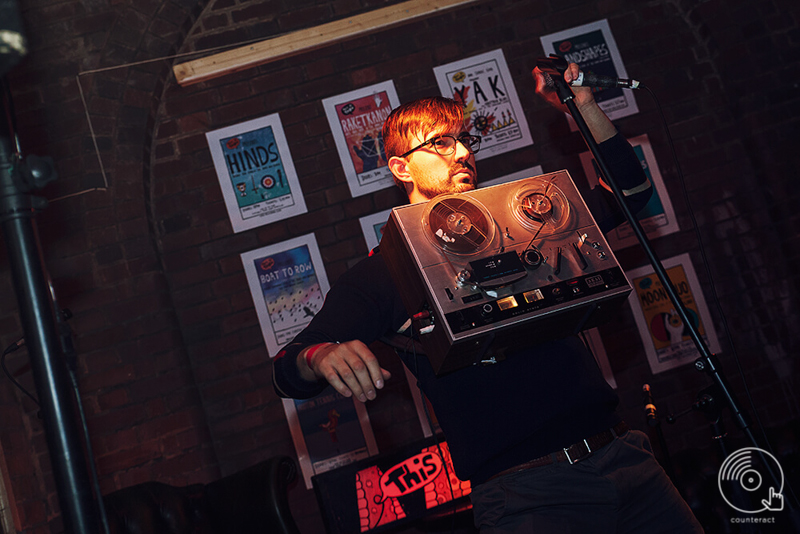 The acts that occupy the stable stage at the festival have taken on somewhat of a more light-hearted approach, and it seems to be helping heat the now freezing cold stone room. Tom Peel’s one man show is an absolute pleasure. It’s easy to mistake his hilarious take on the singer-songwriter as outright comedy, but don’t be fooled, Tom clearly has some serious musical chops. After a couple of delightful ditties on his guitar, he starts wheeling out the gadgets, and they help shape what becomes an all round stand-out of the festival. This guy is an entertainer. By the end of the set he’s sat in a wingback chair with a can of craft beer and a reel to reel tape recorder strapped to his chest. He gives the impression that he’s constantly losing control of the room and indeed his own act, but really that can’t be the case, Tom Peel has this packed out room in the palm of his hand. 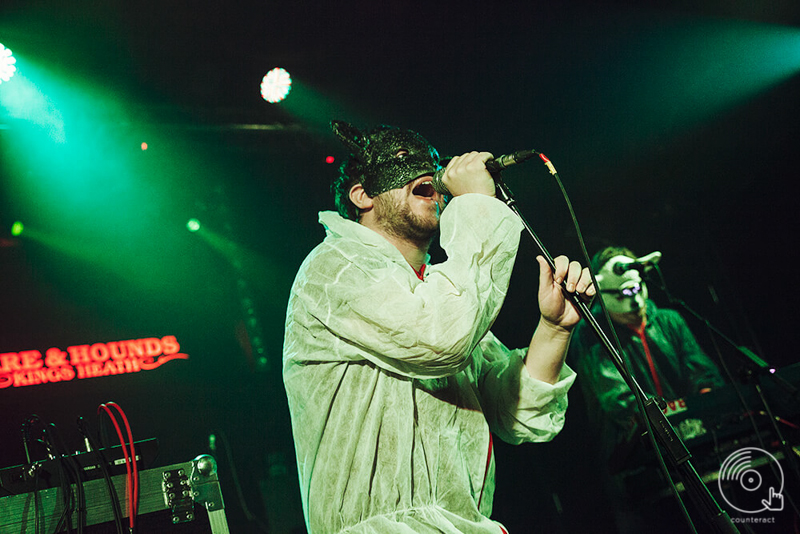 As the crowd, now tipsy and receptive, filters slowly back into the main room, an array of machines and contraptions have appeared to occupy the stage. The room has been set for Free School, a band that has trodden the boards of this particular stage more times than they’d care to remember. As the familiar sight of men in boiler suits and animal masks comes bounding through the crowd, the set begins and their trademark brand of electronica infects and hypnotises the room. 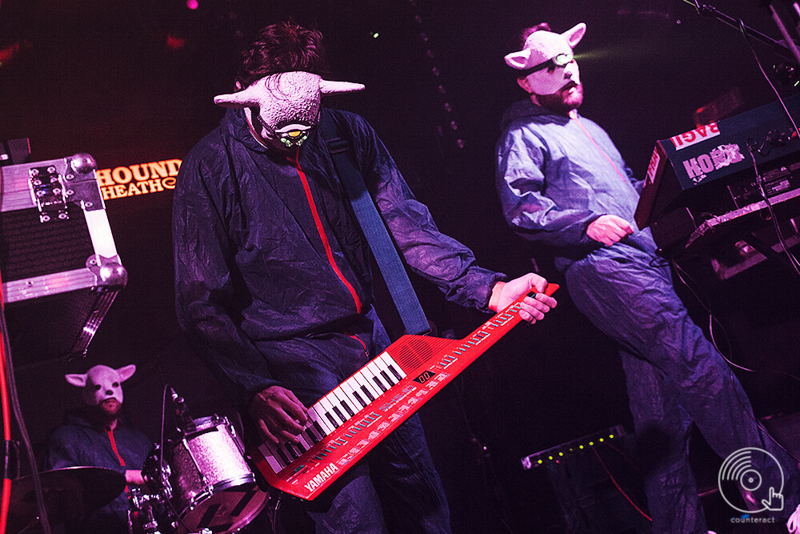 The real selling point with this band lies with the fact that they use a live drummer, rather than the drum machines that tend to populate the work of their contemporaries. It’s a total live experience, and that is only reinforced a few songs in, at the appearance of a vocalist clad in a black mask. It really adds an element to the show, and cements Free School’s reputation as must-see live act. Plus they had a keytar. Bonus points for that. 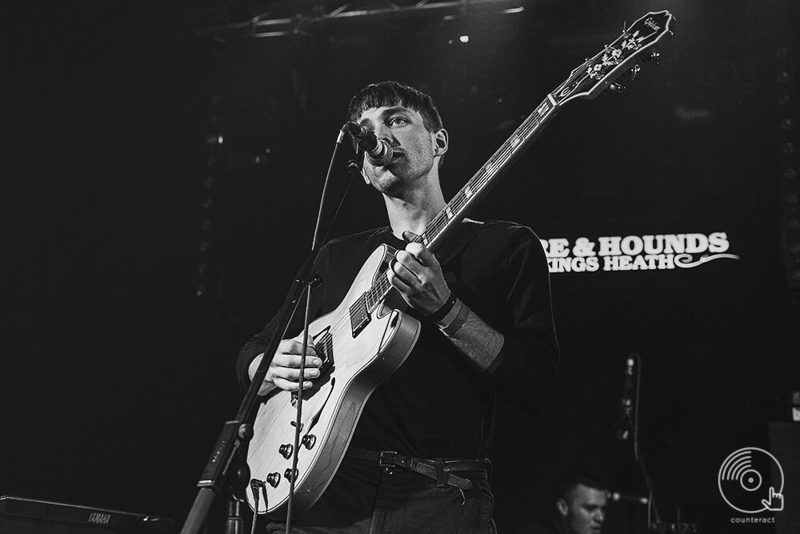 Kins are our first trip outside of Birmingham for day two of the festival, and they are met with a deserved ovation from a now amped up crowd. The cascading falsetto of the lead vocal is awkward and uncomfortable, but it polarises so well with the heavier suggestions the band are capable of, and the dynamic of the music flip-flops in that way, commanding your attention from start to finish. The drumming is powerful and raw, and the vast array of noises made through the electronic quarter of the band gives the music a unique characteristic not just on stage, but in their recorded output too.

Kins leave the stage on a powerful high, and the crowd takes one final trip down the stairs for the last stable performance of the festival. It comes from Birmingham’s very own The Bank Accounts and is easily the highlight of the entire festival. The music this band plays is almost not the point of the show, it’s as if it was an afterthought. They rattle recklessly through their songs, some as short as 20 seconds long…but look around the room. Nobody is on their phone, nobody is rushing to the bar, nobody is looking at anything but the band. The room is the busiest it has been all weekend, and every single face in the room, with no exceptions, is gormlessly beaming from ear to ear. 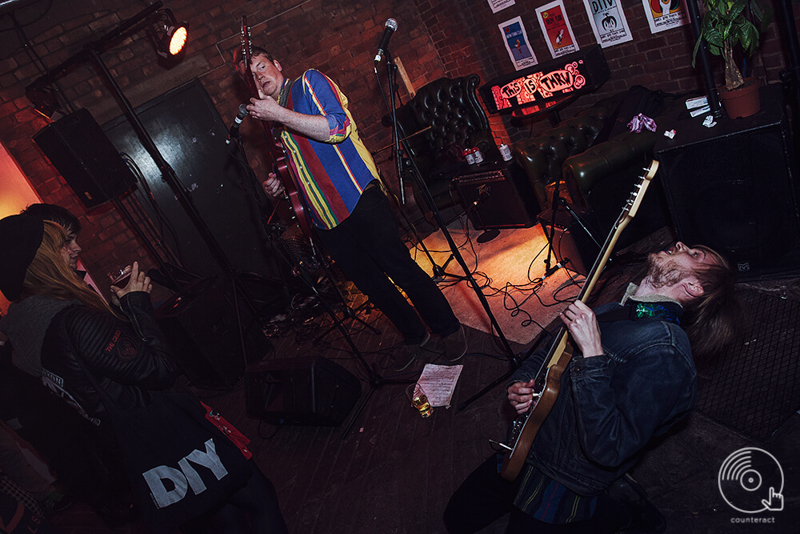 Front row is local hero and all round pain in the arse Connor Hemming, who is treated to a 30 second serenade in the form of a song called ‘He’s Got Gigs and People Like Him and His Name Is Connor Hemming’. This, along with the now classic ‘Petshop’ basically keeps the crowd hooked until front man Ben Kane proclaims “we’ll just play until they cut us off”. This is met with a now commonplace ovation from the crowd, who are yet to enjoy a champagne reception, makeshift body art and a hi-tech light show to accompany tune ups. In many ways, they are that band you want at your party to break up the monotony of getting drunk, and this environment just seemed to facilitate their schtick perfectly. The Bank Accounts are all out good old fashioned fun. 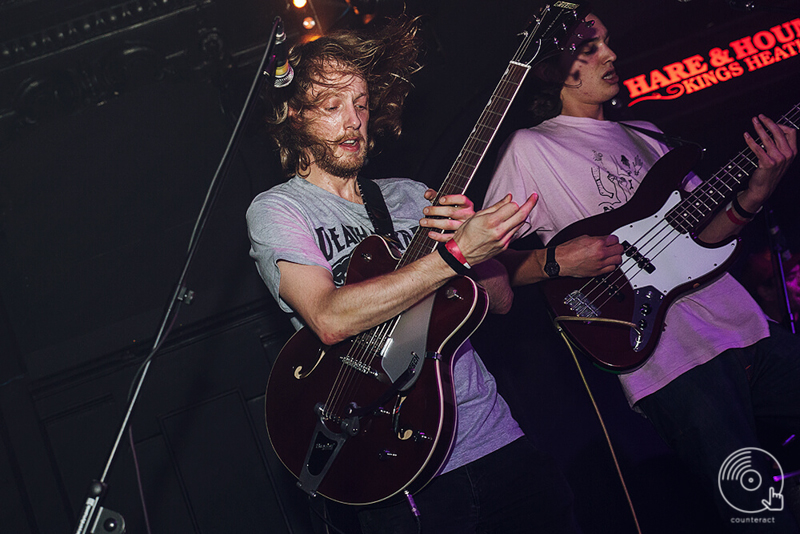 Spring King are next up, and on offer is a call back to some of the more raw and raucous music served up on day one of the festival. What they sell on stage is high energy, and the crowd is buying it. As they plough through their set, a few hundred drunkards are pounded head on by chugging guitars and close-to-the-bone vocals. There’s passion flowing through these guys, it’s inherent in their craft, and the fact that they’ve achieved this level of fan base without a record label is a testament to that fact. 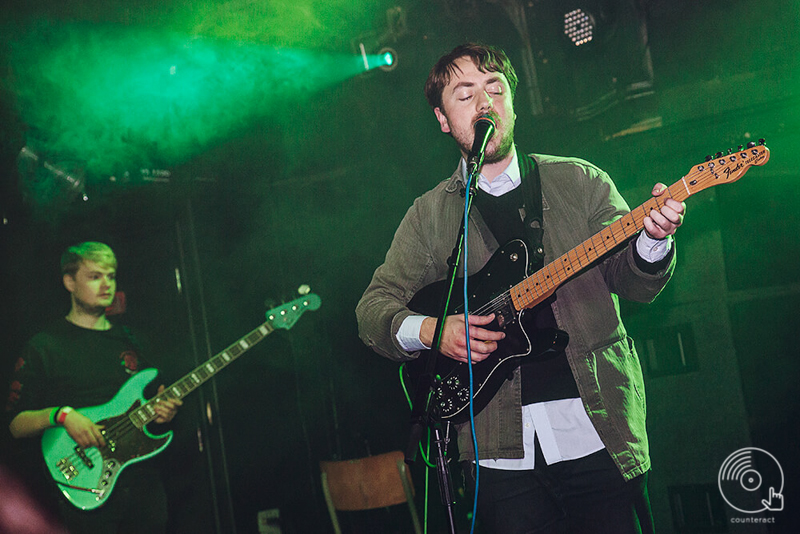 The penultimate act at this year’s festival is Money. They drop things down for more of a subdued, emotional sound than we’ve been hearing this weekend. Soaked in reverb, the soaring lead vocal clearly harnesses the source of the band’s power. Though they have that weapon in their arsenal, the Hare & Hounds crowd seemed to dissipate a little during their set and it seemed as though these people had come here to dance, and dance they would. 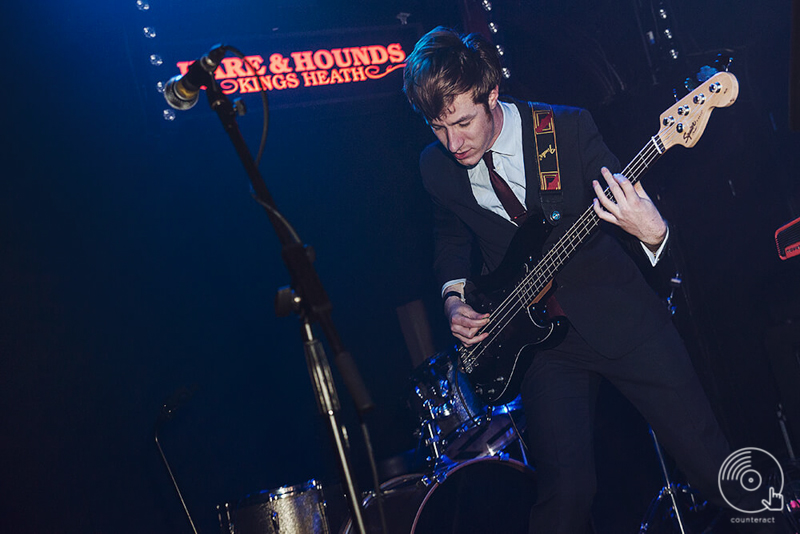 The final set of the weekend came from East India Youth, a one man band who surrounds himself with a plethora of instruments, tools and trinkets, which he uses to make some truly interesting electronic music. The throbbing synthetic pulses that begin the show eventually build up to an explosive crescendo which see’s William Doyle, the band’s only member, pick up a bass guitar and power his way through current single ‘Turn Away’.

The crowd are extremely receptive of Doyle’s performance, only a couple of songs in, people are standing in awe at the sheer mass of sound he is able to create. It’s unbelievable that one guy and some synths can make so much blissful noise, but he does. He presents himself pristinely wrapped in a sharp suit, and stands innocently behind his armada of equipment, rubbing his gut and patting his head at the same time. It’s well worth another look if you get chance. 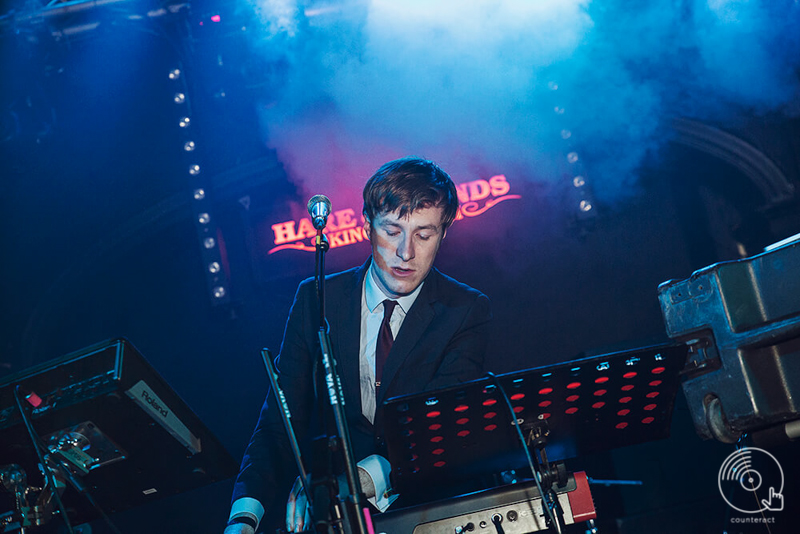 As East India Youth’s closing set boils down to an emotional finish, the crowd are left stunned, gawping and applauding more so than they had all day. It had been quite a weekend, and now in it’s third year All Years Leaving have proved once again that they know what they’re doing when it comes to this stuff. Before you even mention the stellar line up, you’ve got to consider the live visuals, the street food…it’s all a part of the experience and it was an undisputed privilege to spend two days being thrilled, stunned, drunk and most of all entertained in their company. Roll on 2016.

Review: The Wytches close day one of All Years Leaving in deafening style