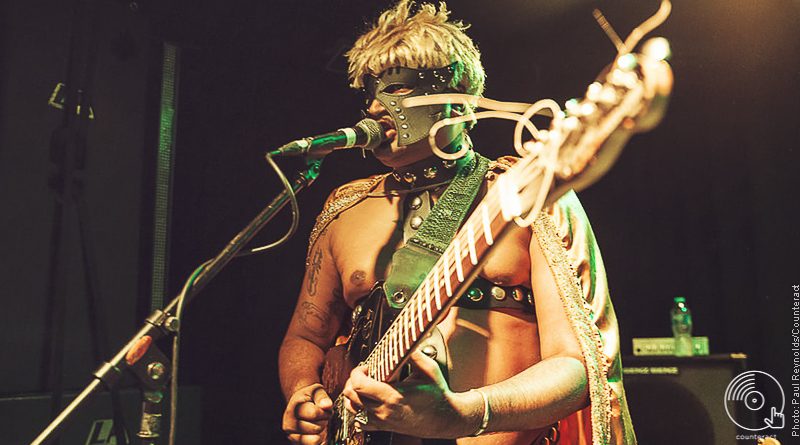 This much anticipated event was an authentic celebration of what live performances should be about and was enough proof that anyone could ever need that you do not have to wait for the weekend to have fun. It was obvious as the evening rapidly unfolded that anyone who attended this gig was extremely happy they made the decision to do so. Even though the two support acts are well known locally and many of the attendees form a major part in the community music scene, this was not an event that consisted exclusively of a Birmingham based audience. The gig had attracted music fans from far away shores, such as Brazil, Spain and Germany, to witness and relish in the evenings outstanding performances. 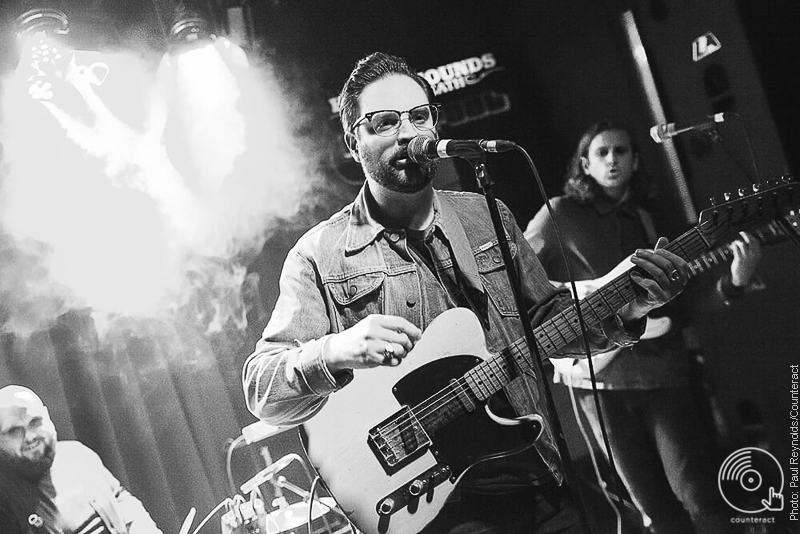 The first band to grace the stage in the small upstairs room was Birmingham based quartet, The Swampmeat Family Band. Delivering their unique blend of Americana, blues, country and rockabilly, the band wasted no time at all in kicking straight into a set filled with the heart and soul of the deep south and a consistent double bass groove that got the crowd psyched up instantly. They played a faultless, energetic set of original songs including a new release entitled ‘Susie Stop Saltzing’, and finished with a surprise cover of The Velvet Underground’s, ‘Foggy Notion’. 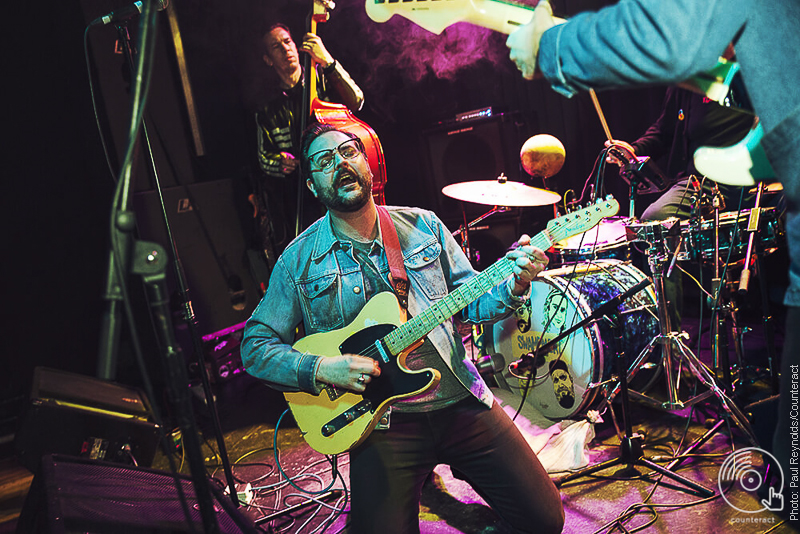 Naturally, these guys have a well attained following in the West Midlands for very good reason, there are not many bands out there that have their front-man playing guitar on his knees only 3 songs into the set. Not only are they skilful musicians, but every song they play is so catchy that the audience attempt to sing along regardless of whether they know all the lyrics or not. As an opening band, they were a perfect choice and set an extremely high standard for the bands that followed. 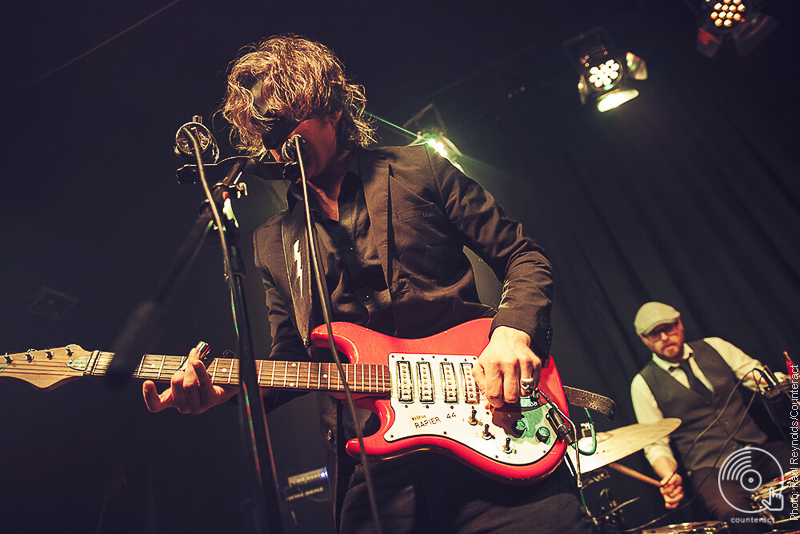 The second act were Birmingham raised, Christ’s Gasoline suited masked mystery men, Black Mekon. Already a well established band around the UK and beyond, this dark duo plus their drummer instantly grabbed everyone’s attention making us understand that they are well deserving of any success that has come their way. The main masked instigator’s switch between harmonica, guitar and vocals, along with a powerhouse of a set-list, worked the crowd up into a frenzy, raising the energy up a notch from the already high level. They played a 7 song set of blues and raw punk fused intensity beginning with the stripped back devilish narrative of ‘Black Mekon Must Die’, then cutting straight into the frantic thrashed out fuzz of ‘Drag’. For anyone that was watching them for the first time, I believe that’s all it took to be inducted into the Black Mekon cult, as from that moment on there was not a single person that stood still for the rest of the set. 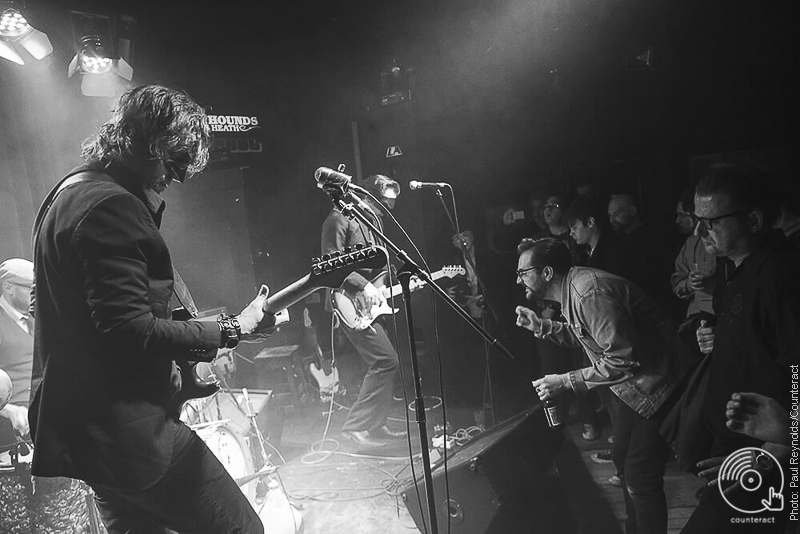 With no gaps between the songs (each one under 3 minutes long), the band charged full force through their collection of tracks with the intensity of a missile. When choosing a final song, it was suggested by the drummer ‘play something fun’, to which they then surged into the last song on their Stolen Bible 2 album, ‘You Are My C*nt’. The perfect ending to their set was watching the singer down a beer amongst a barrage of screeching feedback and exiting the stage to a sweaty, cheering and whistling crowd. 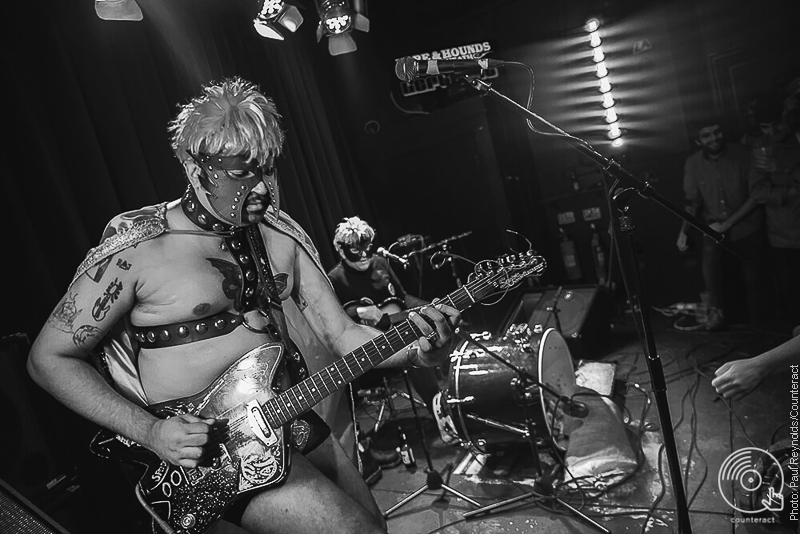 If the support bands were anything to go by, it was pretty clear that we were all in for something amazing with The King Khan & BBQ Show. The royal garage rock duo, Arish ‘King’ Khan and Mark ‘BBQ’ Sultan, appeared on stage for a quick sound check in ordinary clothes before announcing they would be back shortly after putting on their costumes. As Canadian musician King Khan is notorious for his on-stage antics and eccentric attire, we were not disappointed to see them return wearing black eye masks, blonde wigs, Khan in a gold cape with leather body harness and both wearing glittery codpieces. Khan later joking that his once belonged to the late INXS singer, Michael Hutchence, much to the amusement of the entire room. 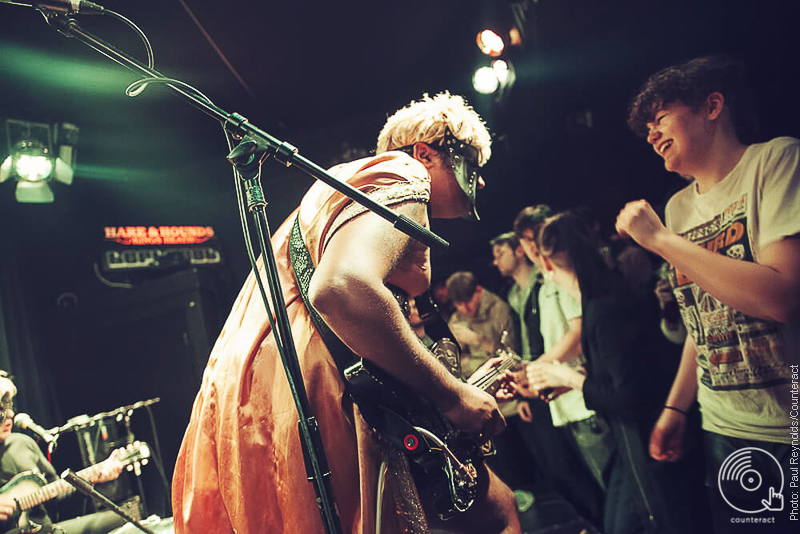 As soon as their set began, the spontaneous Khan, armed with a mischievous grin on his face, was off the stage and playing guitar amongst the audience, psyching everyone up, grinding his guitar like a dog on heat and returned to the stage displaying a high kick that was extremely impressive given the tightness of his shorts. If the crowd was already highly elevated from the support acts, when King Khan & the BBQ Show broke into their second song, ‘Zombies’, screaming the line, “I don’t give a f*ck what you’re doing to me”, the atmosphere blazed through the roof. 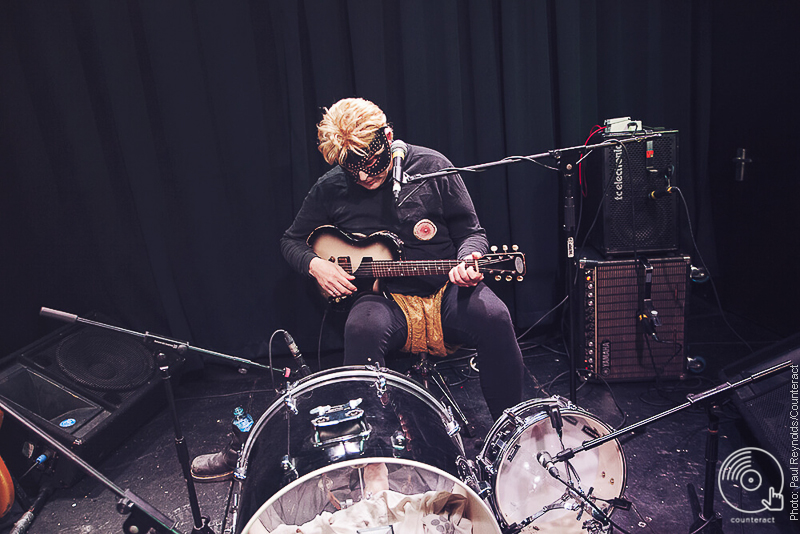 The duo played for well over an hour with an 18 song set including the encore, a cover of Johnny Thunder’s, ‘You Can’t Put Your Arms Around A Memory’, for which every person in the room sang along. The mix of songs was sensational, each having their own humorous and highly graphic anecdote, such as, ‘Alone Again’ being dedicated to crazy girls of the ‘ginger pubic haired’ variety, ‘Taste Buds’ being the dirtiest song they ever wrote resulting in a publicist refusing to work with them and ‘Kiss My Sisters Fist’, for which the explanation should probably not be repeated in a review. 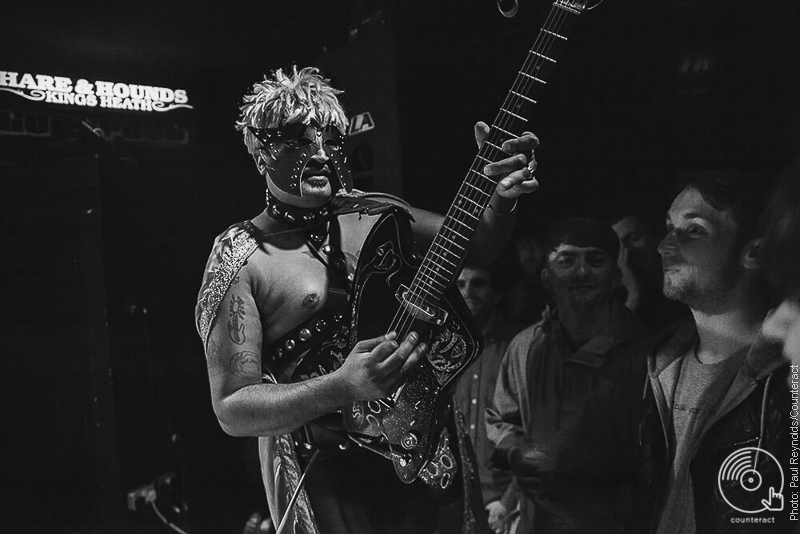 Tracks such as ‘Pig Pig’, ‘Lil’ Girl in the Woods’ and ‘Dock It #8’, had the event promoter crowd surfing, the audience dancing and at one point, jumping on the unsuspecting photographer in a garage punk frenzy. Whilst songs such as ‘Ocean of Love’, ‘I’ll Be Loving You’ and ‘Baby Why Don’t You Lie?’, had a nostalgic, doo-wop, R & B feel, that could easily be the soundtrack to an early 1960s high school prom film so long as it had been granted an 18 plus age rating. At the end of the set Khan proudly declared, “We are real rock and rollers and we’ll play rock and roll till the day we die!”, a bold statement but one that we all had complete faith in given the performance we had just witnessed. 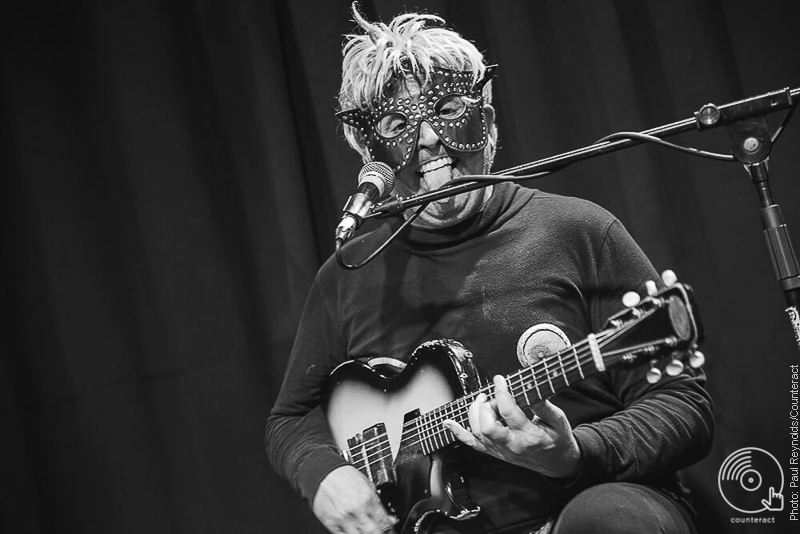 To say that Khan and BBQ are showmen and natural performers would be a massive understatement. The vocal exchange between frustrated rasp to melodic crooning from both was impressive, the musical performance that packed the room to the rafters with rock and roll mania was faultless and the banter and jokes between the band and the audience also made for hilarious entertainment and a light-hearted atmosphere. The evening was a red hot celebration of talented showmanship for all bands involved and included no sense of self-important grandeur from anyone. The bands clearly enjoyed their performances just as much as the audience enjoyed watching and it is due to the undeniable talent of the 2 support bands involved that they have gained a well deserved and loyal following. In addition to this, the mere presence, talent and the ‘don’t take yourself too seriously’ attitude of the King Khan & BBQ Show meant that everyone left the venue at the end of the night knowing they had witnessed something pretty unique and spectacular.