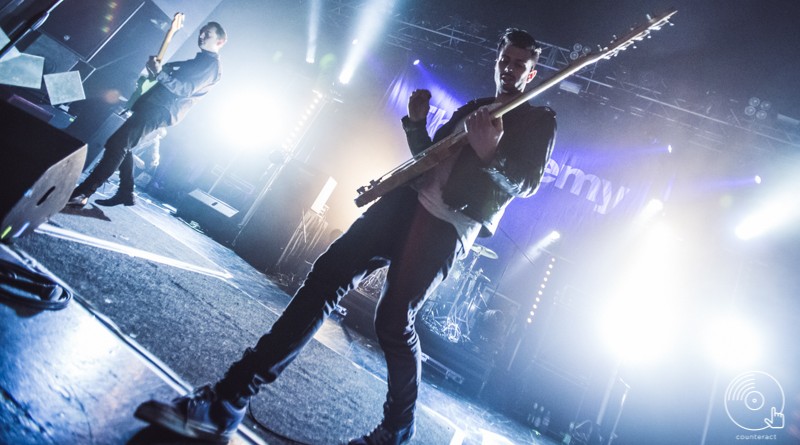 Elbow to elbow, the O2 Institute was packed with beer bearing fans and an awaiting musical appetite. The night’s line-up was the perfect blend to satisfy the lively crowd and build a new hunger for more of the nights offerings. 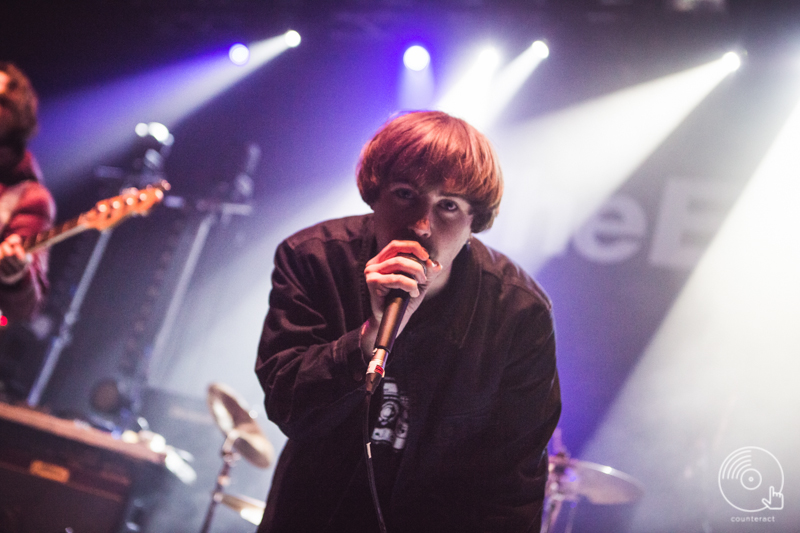 Nuneaton quintet, April, kicked off the night with an energetic, flawless set, which captivated the audience from the first note. The band have a sound resemblant of past era big names, which has been refined to create a contemporary concept. Their nostalgic identity encourages their attraction from a variety of generations, who visibly become drawn into their fiery, melodic works. The band build a strong parallel with the growing crowd, outbursts of excitement can be picked out from girlie gaggles dotted amongst the primarily masculine gathering. 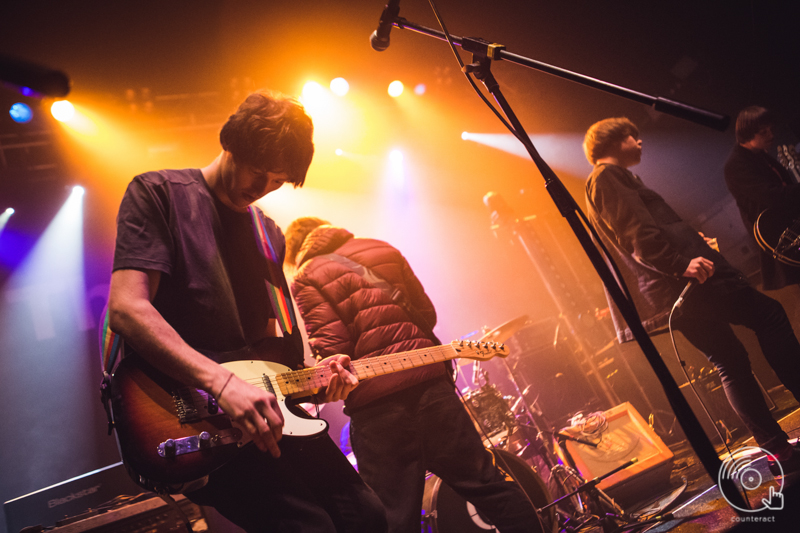 Analogous of The Charlatans with their relentless energy, along with hues of Oasis, April smash out song after song in a furnished, powerfully fronted performance. April insinuate a prosperous musical future, following support from BBC Radio 1’s Huw Stephens, numerous “Track of the Day” features on a variety of platforms and top support slots. Their most recent release ‘Ten Miles High’ has a memorable resonance and a timeless feel, well received by the nodding masses, they could not have staged a better introduction to the night, a matter of time before headlining to such capacities. 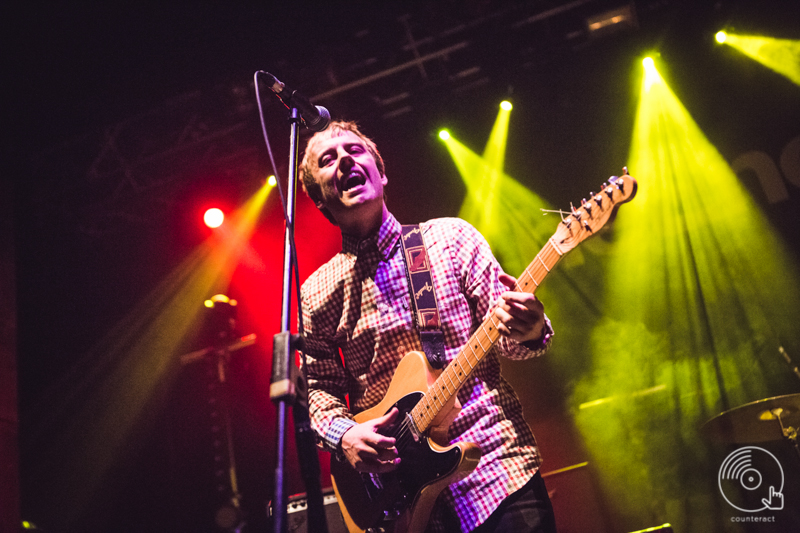 Will and the People

Will and the People, hot off the road, hit the stage with a playful party vibe. A bubbly reggae sound marries infectious ska melodies as the mischevious four-piece provoked the growing numbers to dance. Feel-good tunes washed over the O2 Institute, as the band threw out a circus of fizzy tracks coupled with an unpredictable, effervescent performance. Effortlessly, frontman Will poured out lyrics with crisp, flawless vocals throughout a perfected sound from “the People” in a tidy set. 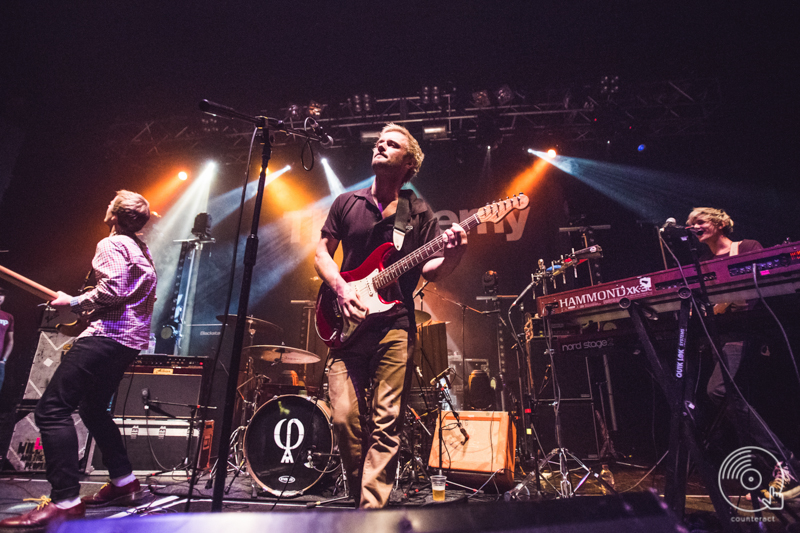 Will and the People

Will and the People have left musical footprints worldwide, becoming increasingly popular in America, smashing the radio in Holland and sharing their grooves as far as Australia. It is certain that the UK will embrace the unique style of the band and their underground following will surface. A full set from the quirky quartet would undoubtedly be a carnival of a night. You just can’t help but smile. 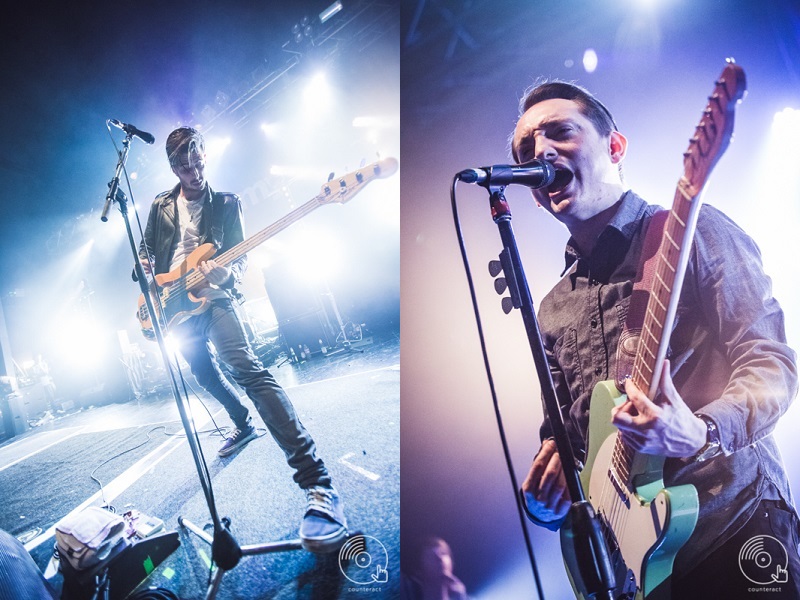 The Enemy’s newborn sound charged the assemblage, their recent release of their fourth album came with and audibly larger presence. Crashes, climbs and crescendos create the bands communicative identity. Frontman Tom’s ripping vocals capture listeners in the hooky ‘It’s Automatic’, white blinders casting shadows of the trios clear-cut energy. Enticements from Tom follow the close of the song, requesting a 10/10 crowd response rather than the current mediocre 8/10. The audience upped their game, the somewhat orchestral prelude to ‘Everybody Needs Somebody’ cued the mass reverberation of lyrics, as the swarm of swaying raised palms got lost in the aura.

Tom spoke of his struggle having lost his voice, seeking SOS from the now lively rabble, he introduced the idea of playing some “old stuff” as rapid illuminating glares dragged followers back to archived hearings. ‘Be Somebody’ took hold, through magenta glows, the audience retaliated to the lyrical attack with pointed fingers. The FIFA 13 Soundtrack tune ‘Saturday’ built a mesmerising energy, a real love for The Enemy could be witnessed as the crowd participated, masking the microphones output singing back to the band, arms round their pals – a special moment. 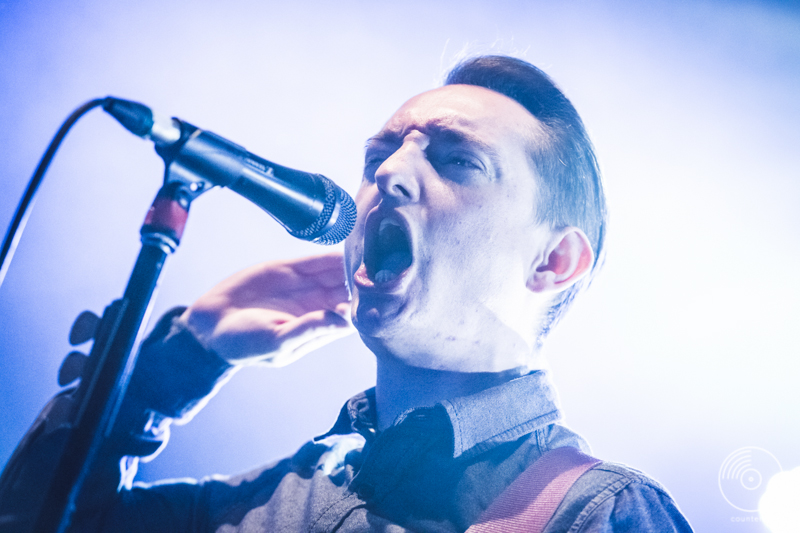 Further tracks from the recently released album It’s Automatic along with a dedication to drummer Liam’s dad, preluded a blackout before the huge ‘Superhero’ which fell under starlight effects and purple washes, search lights beamed out through the supernatural power of the track. Fans lost in reverie, watched as the band performed in their renowned style, adapting their presence to their new found bigger sound making each track a show in itself.

‘Away From Here’ ripped through, awakening the awestruck depths of the venue, taking the show to the next level as the crowd bounced, passing bodies overhead through the rain of drinks heading upwards. A stage diver joined the crowd surfers as the band thrived off the energy fed back to the stage. Tom’s reminder of the night’s after-show party at Alfie Bird & The Oobleck was rewarded with cheers and chants accepting his offer of more of the magic. The Enemy’s loyal following simply cannot get enough and it’s not surprising.

‘This Song’ opened with a digital sounding warble before being met with a mass karaoke, climbing to the shoulders of others and offering an a capella close to the track in appreciation of The Enemy’s set.

Third album’s ‘Don’t Let Nothing Get in the Way’ smashed into the crashing ‘Aggro’ backed by Liam’s rhythmic power, further crowd surfers roofed the rocking crowd. The traditional, ornate venue looked down on a blackout before the adored trio introduced ‘Happy Birthday Jane’ which was written for the mother of to their industry-topping manager John Dawkins at stage-side. 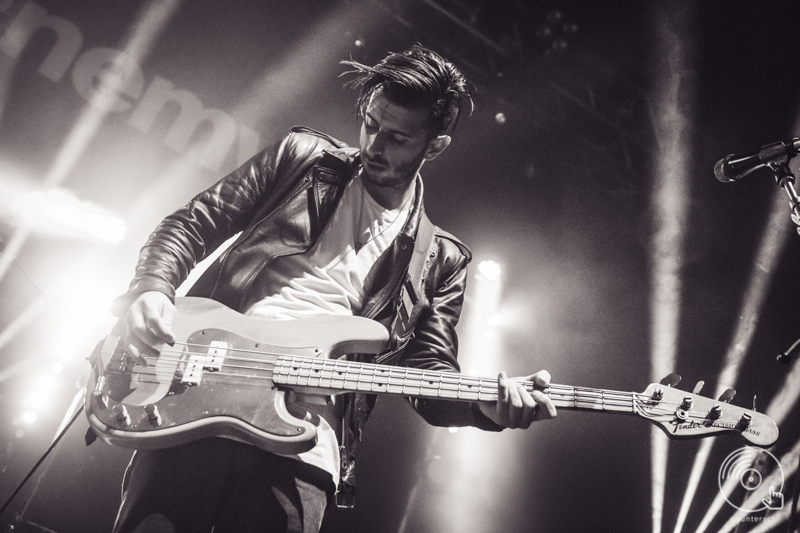 The Coventry band’s proficiency in drawing listeners in and writing catchy tunes which can be related to makes for an interactive show. Acoustic chords would have sufficed in ‘We’ll Live and Die In These Towns’ as the crowd uttered lyrics in a soulful chant. Certainly no need for an encore with an atmosphere which could not be topped. The night closed with ‘You’re Not Alone’ before doors opened allowing the ready to burst atmosphere to head home with passionate fans.

The Enemy’s showmanship is legendary and their presence in the music industry is most certainly immortal.