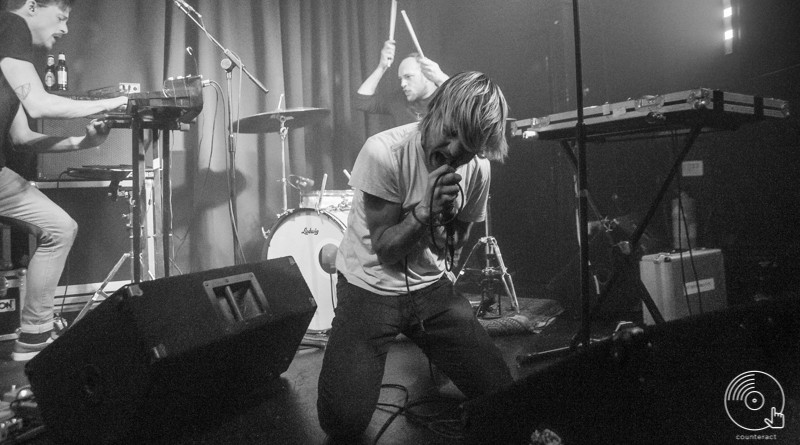 Is there a word yet for the recent trend of two-piece rock bands who play riffs at full volume on detuned guitars whilst screaming? Broken Oak Duet are most easily described as an instrumental, prog-rock version of whatever that word is. 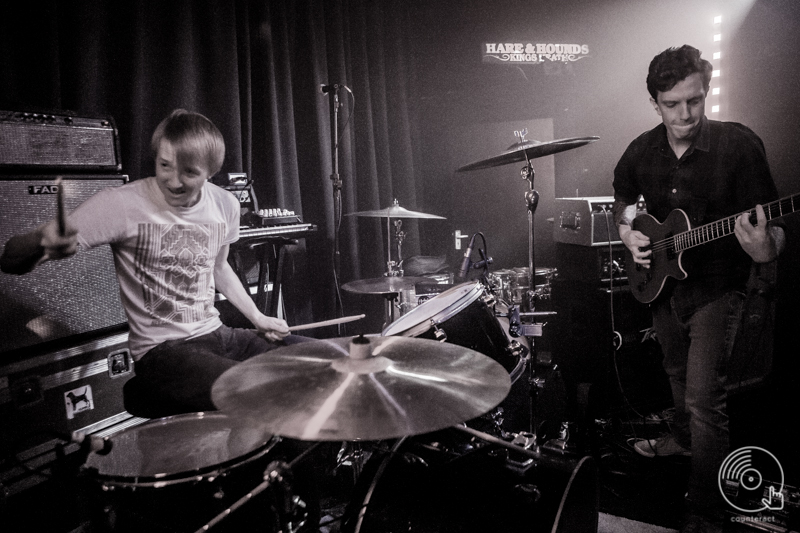 Filling the notoriously tricky first support slot, they gruffly introduce themselves before launching into obtuse doom-riff workouts. Showcasing an upcoming debut album, their playing is flashy and their song structures are far from conventional. In fact it is hard to say whether they play jams that sound like songs or songs that sound like jams. What can be said is that they seem to genuinely intrigue the audience, most of whom have come for Raketkanon, which is possibly telling of the eccentricity which is to come. 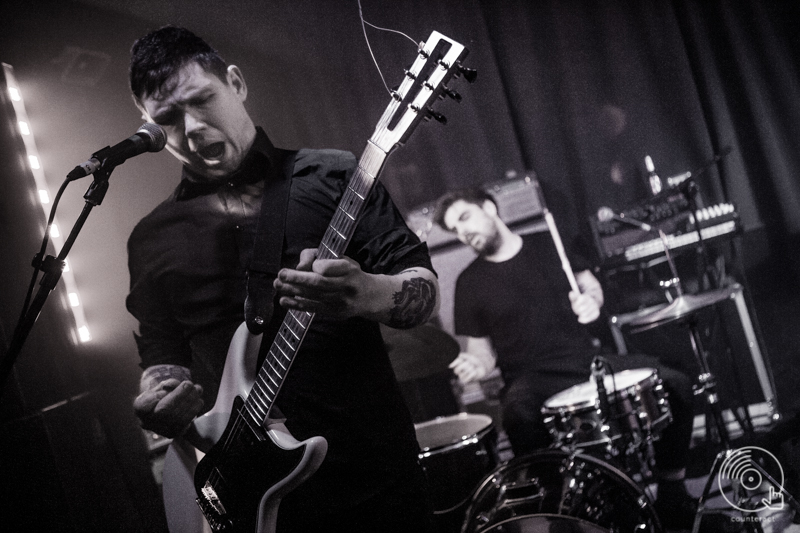 Most of the time it would be unlikely for main support act False Grails to be the most conventional band on the bill, but on this occasion having song-shaped songs with some evidence of vocal melodies makes them just that. This is not meant to sound at all disparaging; they bring their own brand of screaming gloom-punk to the night, sounding like a more metal-influenced Slaves, and are a refreshingly straightforward palette-cleanser in-between two less direct bands. They are also well-received by a growing crowd, who are visibly transfixed by their intensity and titter at their often clumsy stage banter. 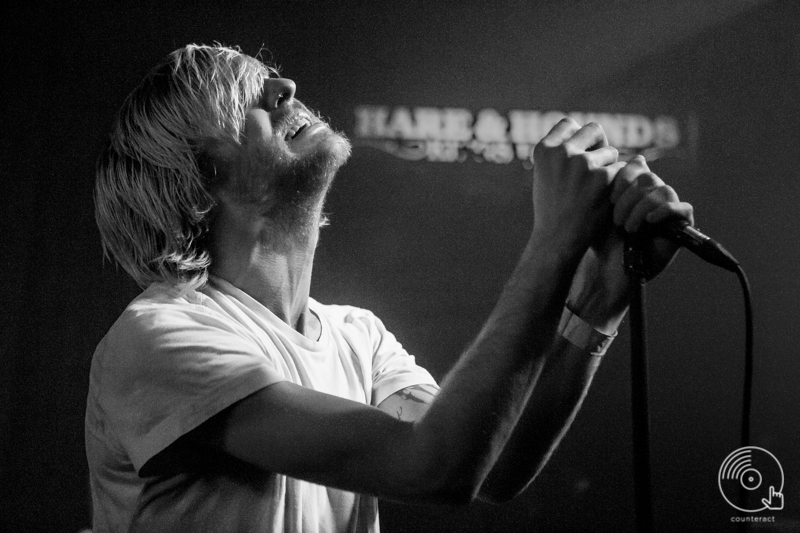 Have you ever wanted to head bang really slowly in complex time signatures whilst a singer uses a series of effects boxes to make his voice sound like a seagull being water boarded? If you have- well, of course you have, you’re only human- then Raketkanon are a must-see band. They blend noise-rock cacophony with sludgy, experimental psychedelia to create a truly apocalyptic impression. In other words, they’re unlikely to be played on Radio 2 anytime soon. 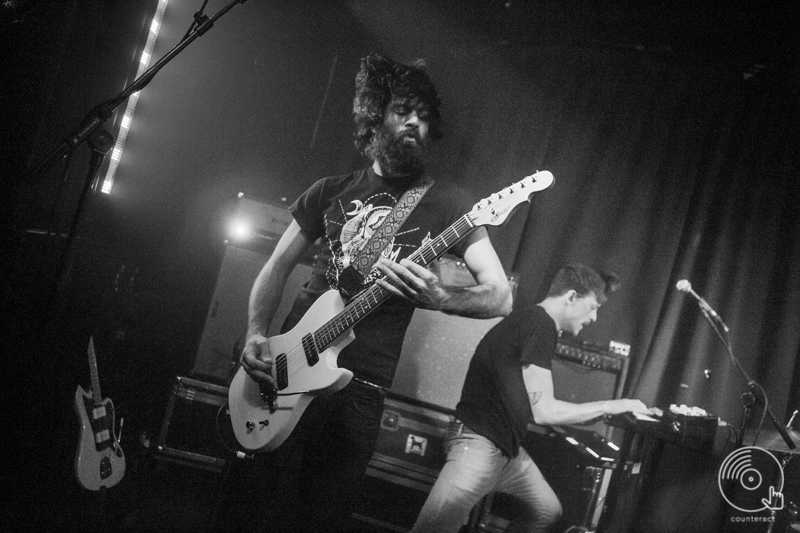 It is often the most boring people who say things like “wow, they must have been so high when they wrote this”, as it suggests that people can’t be creative without the influence of drugs. However, it cannot be denied that Raketkanon (Dutch for “rocket cannon”) perform in a way dynamic enough to make you question their sobriety. Their favourite tricks include running into the crowd and giving people death-stares, stomping on the ground as if it’s personally insulted them and standing on a table whilst a nervous punter tries to remove all the half-full glasses from it. 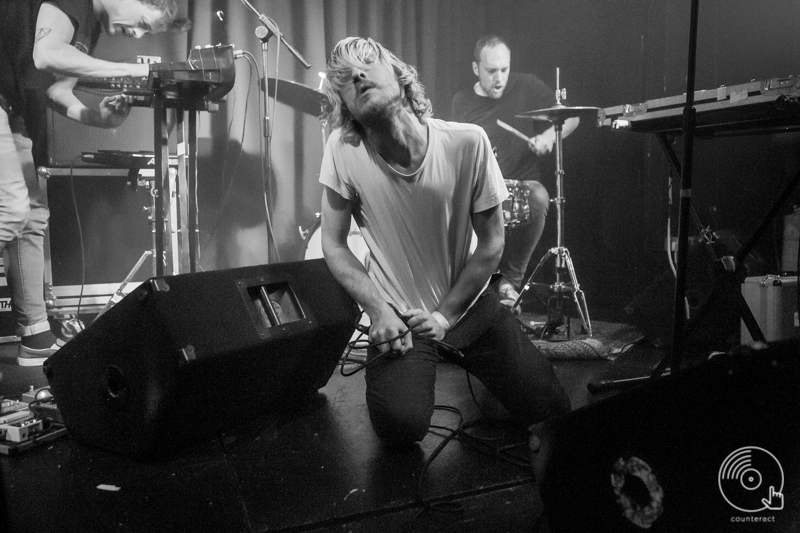 Whilst this level of abstract droning and squealing may be somewhat niche, it appears that the right crowd is in at the Hare & Hounds tonight, as the band are brought back on for a much-anticipated encore.

Raketkanon are by no means easy listening- if you’re looking for catchy melodies, you’ll have to go somewhere else- but there is something definitely captivating about this level of strangeness. It’s music, but not as we know it.