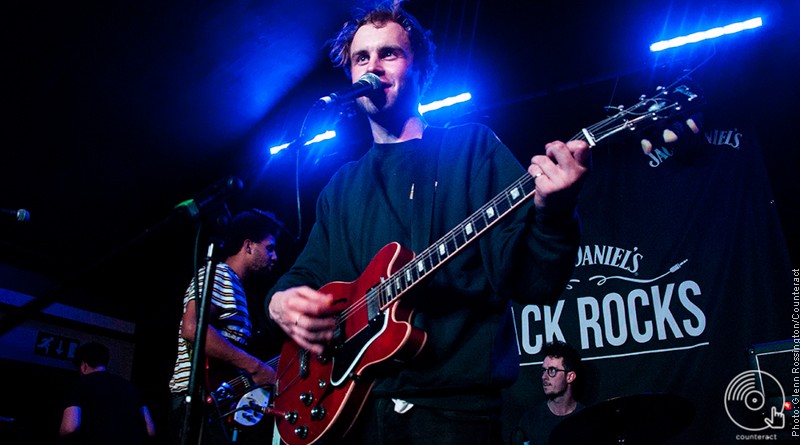 It’s a wet Wednesday night in Digbeth, and a group of under-18s are stood outside the door of the O2 Institute looking miserable and trying not to get their shoes wet. On the wall is a sign saying “Superfood: strictly 18+”, and a number of disappointed faces implies that this was a last-minute change. Not to fear though – it can be seen from Superfood’s Twitter that they generously played a short acoustic set out in the rain for the youths who couldn’t get in.

On the opposite side of the door from the frowning under-18s, hundreds of people are queueing round the corner for Bugzy Malone, who is playing downstairs from Superfood, and are being screened for knives on the way in. Such are the optimistic circumstances in which this night begins. 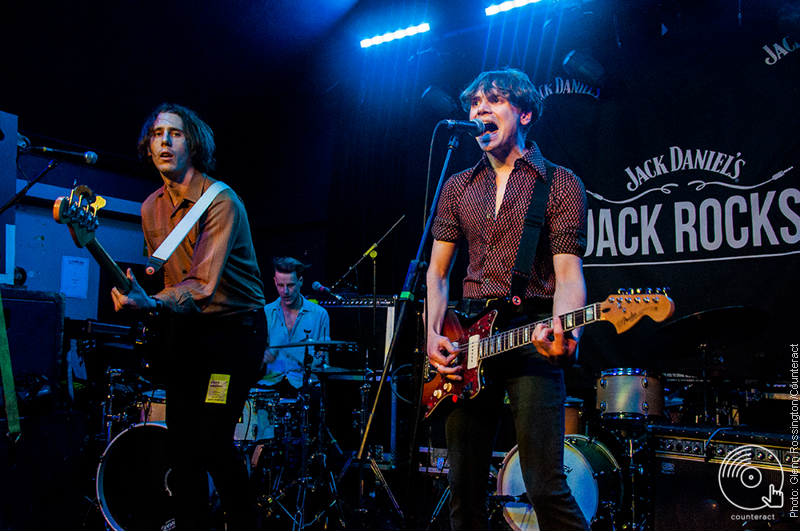 Meanwhile, Shiners entertain the over-18s upstairs with their take on 3rd-wave Britpop, sounding like early Blur collided with Franz Ferdinand. Hailing from London, the Britishness of their choppy guitar sound and vocal accent is palpable, and they have a refreshingly direct sound in an increasingly abstract indie landscape. Their performance, as they begin to get in the swing of things, is charismatic and showy, featuring many high kicks and eyebrows in motion. Highlights of the set include ‘Goosebumps’ and their latest single ‘Pressure’. The crowd are only cautiously enthusiastic, gently bobbing along, until a couple of Bugzy Malone fans from downstairs wander in and start dancing; seemingly a joke at first, but they start to genuinely enjoy themselves after a while. Regardless, this is certainly a sound we can see people getting into. 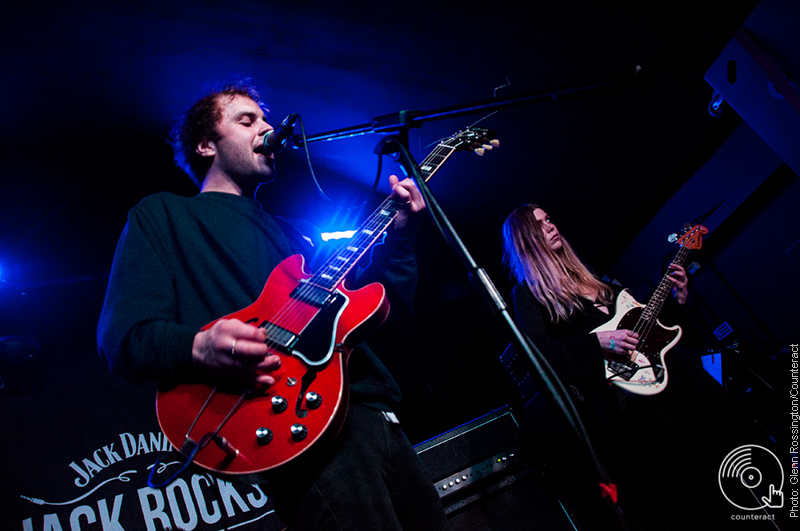 By the time Superfood take to the stage the crowd have keenly surged to the front, and the powerful anticipation in the room is tangible. This enthusiasm continues throughout the night, with chants of “Su-per-food! Su-per-food!” regularly punctuating the songs. The boots of crowd surfers are often seen floating above the heads of fellow audience members, who have somehow worked out a way to mosh to Superfood’s funky indie-Britpop. It’s a type of music which doesn’t typically provoke the wall-of-death throngs that can be seen tonight.

At times, it does feel as if the crowd themselves are the ones holding the gig together. Superfood recently had to bid farewell to their long-time drummer Carl Griffin, and they don’t seem to have had to chance to properly gel with their replacement kit-basher. Singer Dom Ganderton can often be seen nodding to the new drummer to indicate when choruses are meant to happen, and some songs of the set sound much slacker than their album recordings. 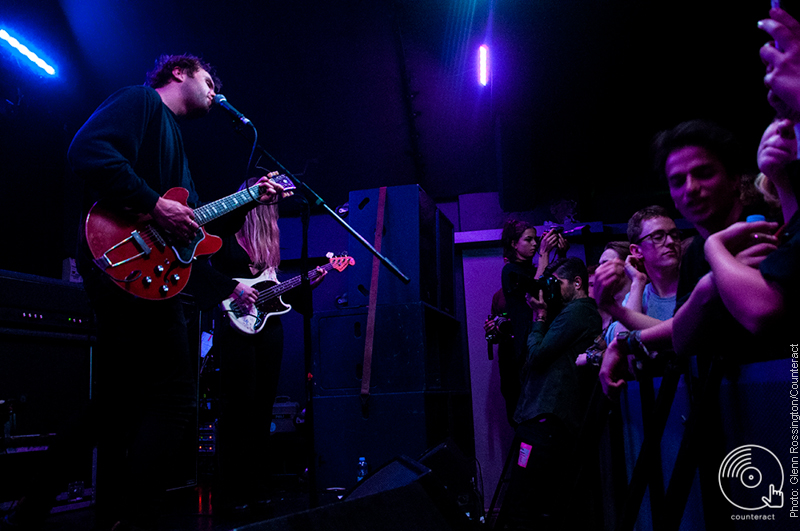 His differing style begins to shine, however, when the band preview some new songs – hopefully from a forthcoming second album. The new material seems to tone down the rock elements and amplify everything else we’ve come to love about Superfood. They have more grooves, more hooks, more surrealism and more strangeness. Lead guitarist Ryan Malcolm also occasionally swaps his flashy guitar playing for synth-stabbing, and it will be interesting to see where their new direction takes them. 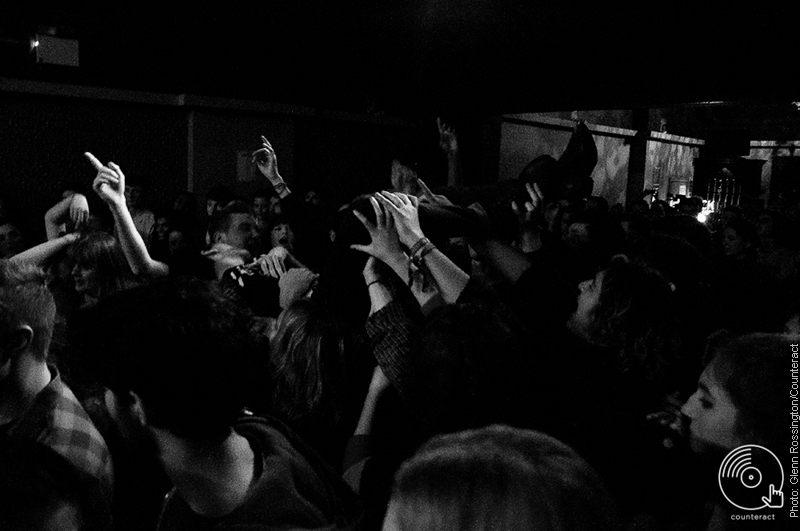 The set ends with their self-titled breakout single, and bassist Emily Baker – who was apparently in the hospital just a few days before – daring to stagedive onto a pile of willing admirers. This is clearly a band not afraid to take risks, physical or musical, and either way Superfood seem to be able to rely on faithful support from their fans, whatever happens.