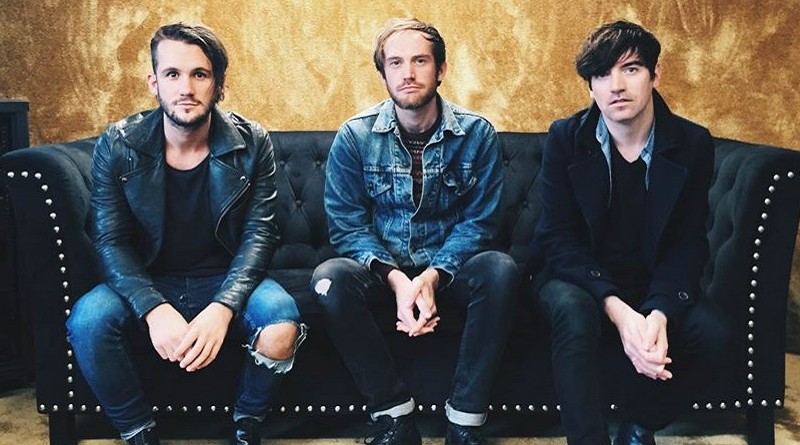 First of all a word about This is Tmrw, boy do they know how to host a gig. The atmosphere in room 2 of the Hare and Hounds was electric; wicked tunes from the DJs, spot on mood setting with the effects and four incredible local bands. Kudos to them.

First on stage were Matters; appearing through the dry ice as mysteriously as their music, a rhythmic banging commences, as if a fist were hammering on the inside of a coffin and then their lumbering powerhouse of noise takes hold. Big, and we mean really big, guitar shreds across stark Moog synth and scattergun percussion. Matters create immense swathes of discordant, and at times frightening energy, as feedback wails creating a mess of beautiful noise. At one point it felt as if we had fallen into an Argento soundtrack as the sound subtly softened and tension built but then, bang. Back to piledriver riffs chugging along relentlessly. Experimental, unique and loud.

Mutes launched into their set in a mass of psychedelic wailing and Mary Chain levels of feedback punctuated by wild staccato bursts of guitar. Instantly engaging with an enthusiastic audience and inviting them to come forward, vocalist and guitarist James is an enigmatic front man. With lashings of dirty guitar and enough feedback to sink a submarine, Mutes are a full on blast of vicious noise live. Eclectic and inventive at times recalling Dinosaur Jr. and at others Bleach era Nirvana, but always with their own rocket fueled stamp. At one point James announces his ‘guitar sounds like dog shit’, it was the sweetest sounding dog shit we’ve ever heard James. There’s a new album out in June.

In a gust of nuclear level guitar thrashing Sunshine Frisbee Laserbeam let loose with their electrifying wall of brash noise. One of Birmingham’s best live bands SFL possess a boisterous energy as they blitz through a high octane set, there’s a friendly rowdiness about them that will get any venue jumping. It’s not all barnstorming guitar meltdown though, our favourite track is the almost Wire-ish subtlety of the wonderfully titled ‘Paradise Telephone’. ‘Sink or Swim’ is a gloriously anthemic punk singalong, two minutes of full on sweaty guitar hammering. SFL is your guarantee of a riotously fantastic gig.

Victories at Sea are a subtly sophisticated band, seemingly drawing on a raft of influences but projecting a uniquely personal vision. Drifting easily between beautifully swirling feedback and into high tempo indie disco; if we had to guess influences we’d say the Chameleons, The Cure or possibly Explosions In The Sky, but this merging of disparate styles is what makes VAS so compellingly singular. A tightly wound three piece blessed with a precociously inventive musical landscape. Highlight for us was the painfully euphoric slow burner ‘Low’ before which lead singer and guitarist John-Paul White offered, ‘we know it’s Saturday night, we know we’re a moody lot, hope you don’t mind?’ There’s nowhere else we’d rather be right now John-Paul. The band finish with the epic ‘Aldous’ from the new EP which you should rush out and buy right now. What a gig? Four great bands for five measly quid, thank you This is Tmrw.