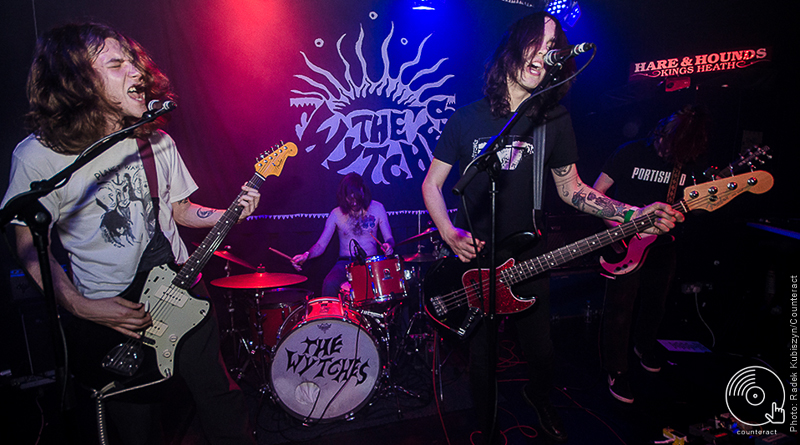 The Wytches are standout in their appreciation for grungy psychedelia and noise. Songs consistently manage to grace the line between squeaking, squealing feedbackand melodic riffs. Think the doom gloom and high-brow nods to literature supplied by Morrissey, coupled with a generous helping of The Velvet Underground and a screaming Jim Morrison. Going from strength to strength since their incarnation several years ago, the Brighton based trio have received notorious acclaim. The band released an EP entitled Double World earlier this year and appeared at a number of festivals over the Summer.

Hare & Hounds’ second upstairs room proved to be a fitting container for a raw, doomstruck rock sesh. A high energy crowd was populated by a diverse range of hippies, indie kids, leather-clad Goths and middle-aged patrons – none of which held back in a bouncing, room-wide mosh pit.  Certainty it is wonderful to see the unwavering and consistent support for up-and-coming musicians in Birmingham from a diverse cohort of gig-goers. Local group The Hungry Ghosts opened things up with a performance to remember. Front-man Joe Joseph wandered beseechingly into the audience – reaching out to members – before diving back to the stage to caress a phallic microphone. Describing themselves as ‘slaughterhouse blues’ the group were effortlessly cool and sexily weird as they combined jangly chords and drawled lyrics. 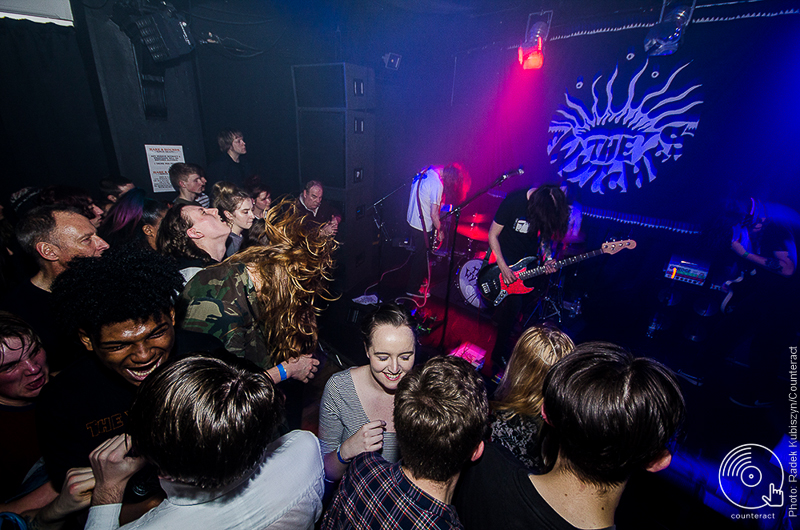 Entering through a reverberating wall of feedback The Wytches launched into their set: a fairly short affair of just under an hour, kamikazing through an eclectic range of tracks from albums All Your Happy Life (2016), Home Recordings (2016) and Annabel Dream Reader (2014). Finishing with enduring fan favourite ‘Robe For Juda’ – a song which truly gives testament to their passion for avant garde grunge – the band disappeared through the crowd. In this aura of mystique, which is often juxtaposed with creative silliness in music videos, The Wytches are readying excitement and interest for their next project. 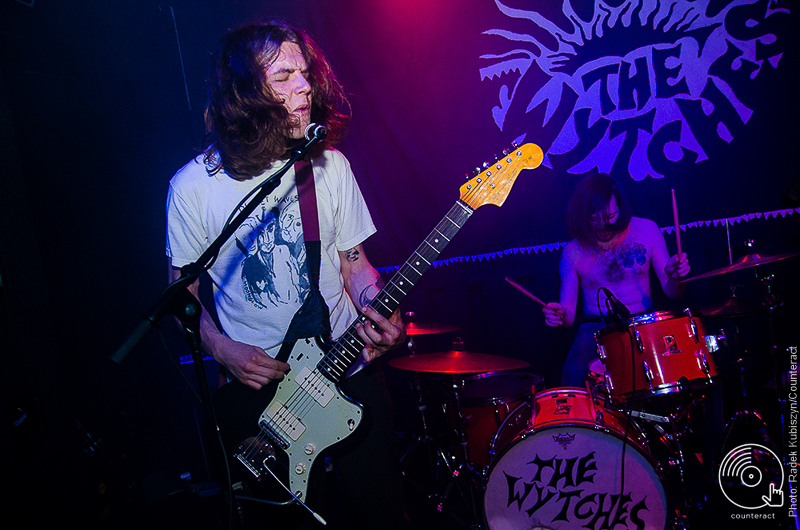