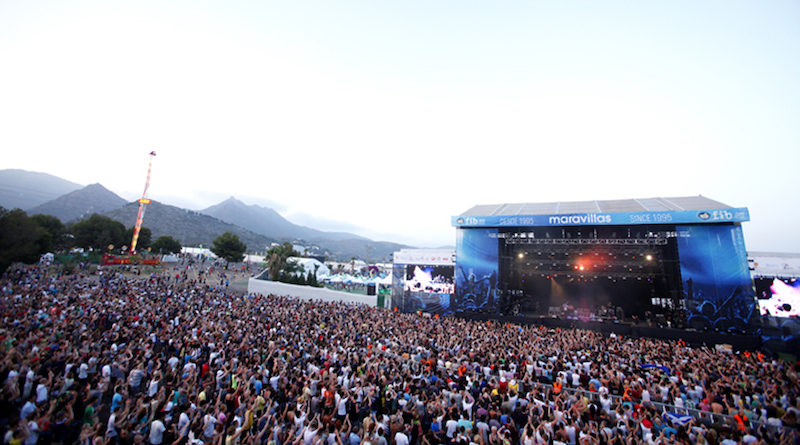 Following a standout year and the release of new album Wonderful Wonderful, The Killers are returning to Spanish festival Benicàssim in 2018!

Under the sweltering Spanish sun is a strip of land and sand that once a year is transformed by the Benicàssim Festival. This year is set to be one of its strongest yet, with The Killers the first headliner announced to play the festival, which takes place between 19-22 July 2018.

The four day event featured a killer line up in 2017. Mixing genres and styles artist such as The Weeknd, Foals, Deadmaus, Los Planetas, Red Hot Chili Peppers and Kasabian headlined, with support by the likes of Stormzy, Liam Gallagher, Years & Years, Ellie Goulding, Crystal Fighters and others.

This mixture of sound style and ethos is a defining factor for the Spanish festival. Combining with beautiful weather that is often missing from some of our own, Benicàssim is a festival not to be missed and you can see why so many Brits head there year-on-year to escape the damp British summer.

With recent release Wonderful Wonderful, The Killers bring an eclectic sound and bombastic energy that mirror their festival counterparts. With clear fan-favourites often sung at decibel-shattering levels, The Killers have a strong worldly following that will no doubt be ecstatic to travel to hear from The Killers.

With Benicàssim’s first announcement of indie pop powerhouse The Killers it is clear that this year will once again be one not to miss. With only the first artist announced we will continue to look excitedly towards the next announcements!

Tickets are on sale now, starting at just €110 for a 4-day ticket, which includes 8 days camping. Get them here.