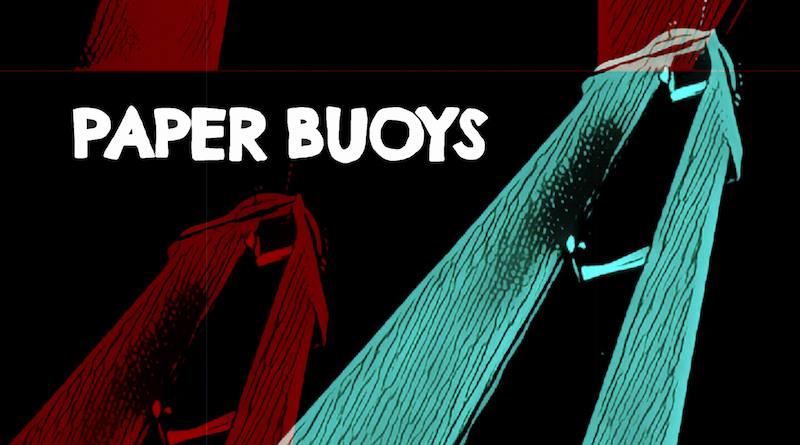 Paper Buoys first blasted into our eardrums back in summer 2016, emerging fully-formed with their single and music video for ‘Sharp As Razors’. This was a clear indication of what Paper Buoys are all about: indie-punk fuelled by political discontent. Having made a name for themselves on the local scene, and having been featured heavily on Brum Radio and BBC WM Introducing, their self-titled debut album shows no signs of their rage letting up.

Frontman Chris Newey is crystal clear on his lyrical targets. “The Tory Brexit government”, “tabloid journalists” and the President (at time of writing) all get name-checked on ‘Had Enough’, whilst internet trolls and social media posers get skewered on ‘Sharp As Razors’. A loose theme of dissatisfaction seems to run through the album; entirely reasonable in 2017. But there’s glimmers of optimism too. ‘Fun’ and ‘Wasted’ are both hedonistic indie-romps, about “taking life as it comes” and the things we do to take the edge off modern life.

The album opens with its best shot, ‘After Dark’. Producer Gavin Monaghan truly shines here, meshing sonic layers together into a dense, beautiful slice of indie rock. From here on, every track is packed with nifty 00’s guitar lines and 80’s synth sparkles that manage to be familiar and yet never feel too nostalgic. Drinking-ballad ‘Wasted’ ends the album, and thanks to its melancholy feel and slow tempo is a welcome change of pace, nicely drawing the album to a close.

All in all this is a supremely strong debut album, and a cathartic cry for these tense political times. It’s also good to hear a band who can craft “everyman anthems” which actually have some substance, as opposed to awful lad-rock bands singing songs about how drinking Carling is the fucking greatest thing in the world. (Sorry for the outburst. This reviewer had a bad experience at a gig in York in 2014.)