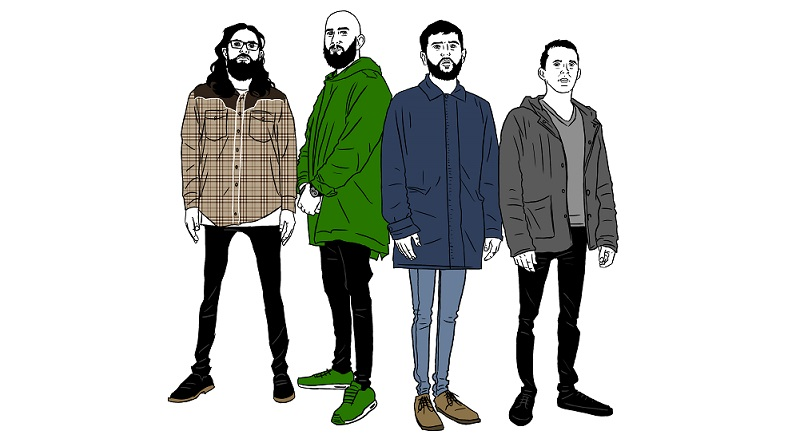 Birmingham quartet Paper Buoys have revealed the video for their second single, ‘Sharp As Razors’.

The politically-fueled, animated video mocks the likes of David Cameron, Nigel Farage and Boris Johnson in what is their most hard-hitting track to date. ‘Sharp As Razors’ is the follow-up to their debut single ‘Fun’ and is a completely new direction for the band.

“I wanted to write something that reflected the anger I was seeing on social media towards government cuts and mainstream media propaganda,” explained Chris.

“We said the video should be a kind of illustration of the lyrics, be provocative but also humorous in parts; we loved the mood of Ollie’s video for The Prodigy’s ‘Nasty’ as well as the work he’d done with fellow Brummies, &U&I, so we instantly knew it’d be a good fit.”

The track was produced by Gavin Monaghan (The Twang/The Sherlocks) with the video directed by Better Feeling Films (The Prodigy – Nasty). The release marks the start of a busy period for Paper Buoys, who are set to release an EP in November.

‘Sharp As Razors’ will be available to download from August 19th. Paper Buoys also play at the O2 Institute in Birmingham on Friday August 19th 2016. Tickets are on sale now and available here.

Take a look below and let us know what you think!