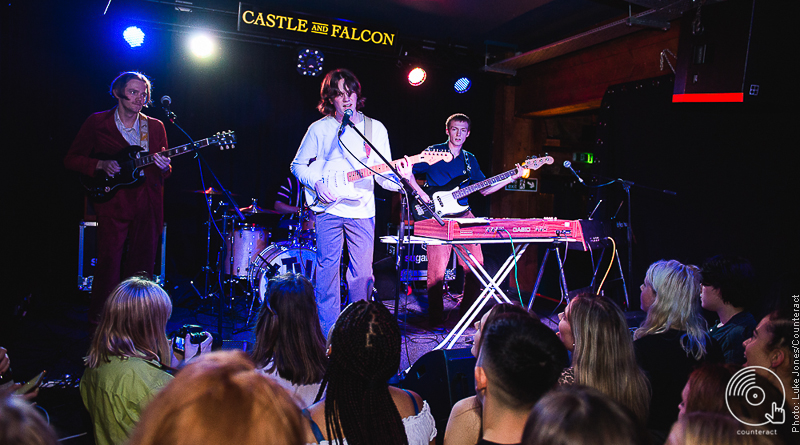 Two of Birmingham’s brightest bands, Sugarthief and Violet, join forces for an unforgettable night of stage invasions, clammy turtlenecks and broken elbows, all at the Castle and Falcon on Friday, October 12th.

George Pannell looks at the burgeoning Birmingham crowd under a floppy fringe. Two songs in and it’s going great. He needn’t have ever been worried – his gift for melody, mountainous chorus and nimble finger picking is enough to work up a sweat in the already-crowded Castle and Falcon. 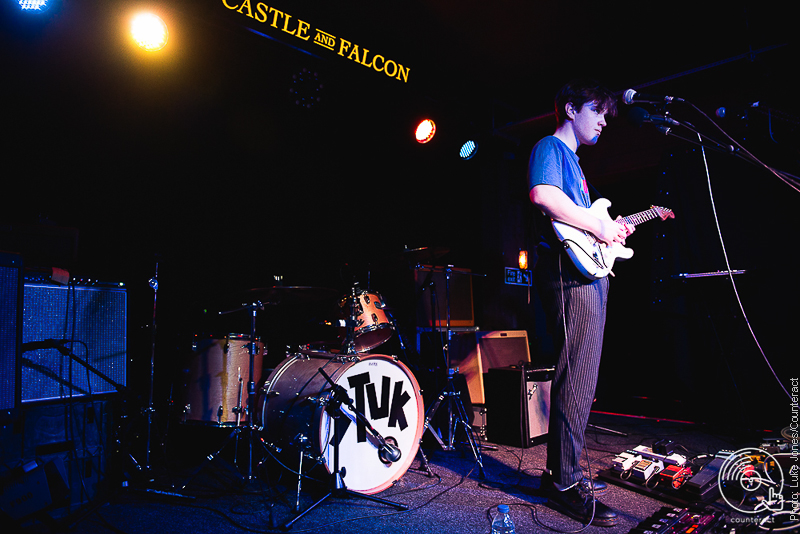 Speaking of sweaty, the heat gets taken up a notch when Violet stride onto the stage. It should be a cause of celebration – the grungy greatness of their new single ‘Heaven Adores You’ has just been released to commendable fanfare – but there is also a lingering sense of bittersweet bathos clouding the room. One of Violet’s loyal soldiers, the sandy-haired Lennon lover Ted Spivey, is out-of-action after his elbow snapped like a crisp under too much dip. However, while Spivey’s synthy goodness is missed, the four remaining follicle gods (and a Spivey stand-in) ensure that while Ted won’t be given the elbow full-time, at least he can rest his. 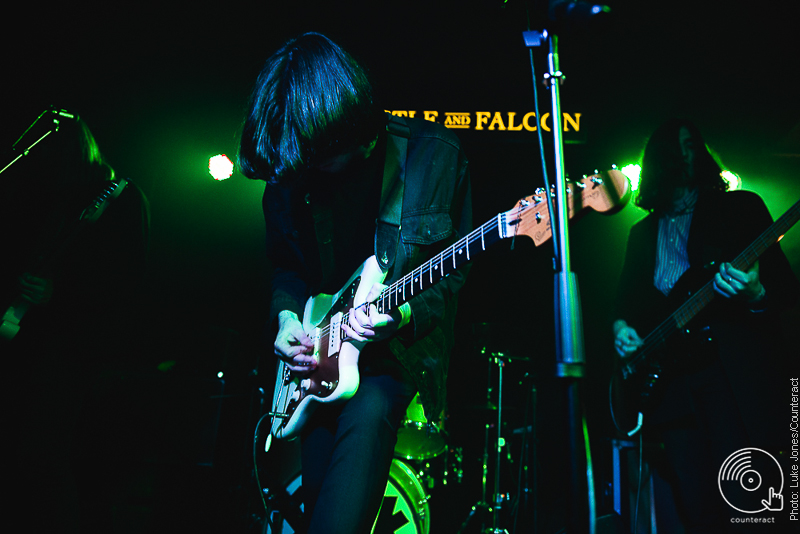 ‘Jaded’ and ‘Feel’ have been around for a while now, but their brilliant blend of Britpop bombast and early nineties noise have the Birmingham crowd jumping with joy. With two brand new tracks played, as well as a victory lap for ‘Heaven Adores You’, the sharp-dressed men are set for much bigger things in the future. 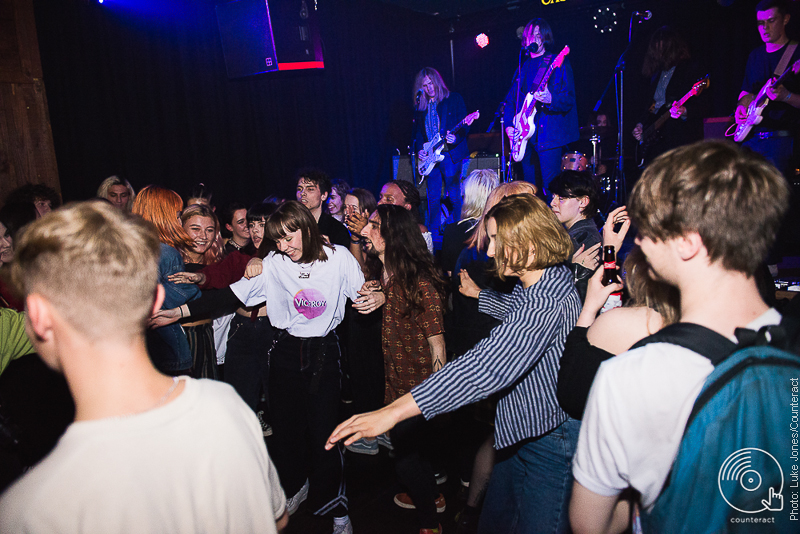 There were plenty of rumours surrounding The Mysterines before they came onstage. One was that they eschewed all types of social media and were living off grid. Another was that they drove around in a van solving mysteries. Whatever may be true, the only fact that arises from their sublime set here is that they know their way with a tune. There’s no mystery once their Beatles-style melodies and jagged riff work shows that you don’t have to have a Snapchat filter or a Tinder tryst to be truly cool. 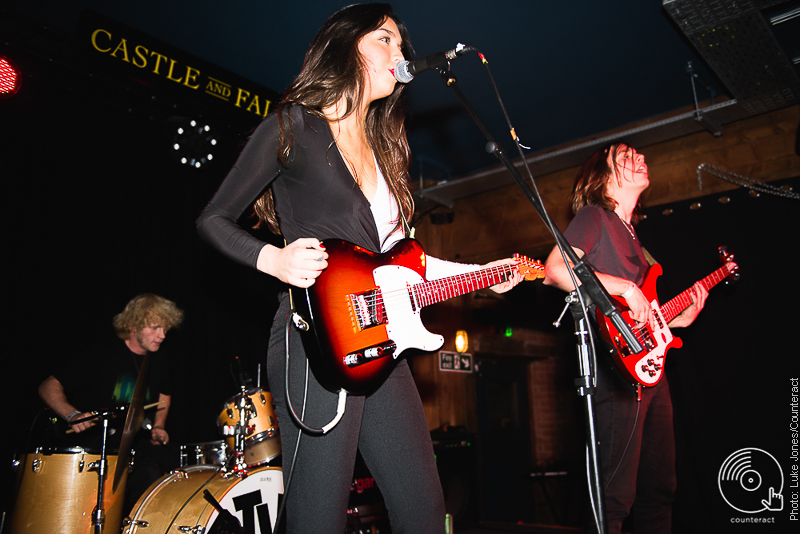 If you’re not familiar with Sugarthief then the chances are you’ve been living in Harry Koisser’s dressing gown for the past twelve months. Their brand of noodly, nifty indie may be suitably sweet but it’s never saccharine, and the strutting ‘Provide’ and floor-filling ‘Crowing Youth’ leave the audience begging for seconds. 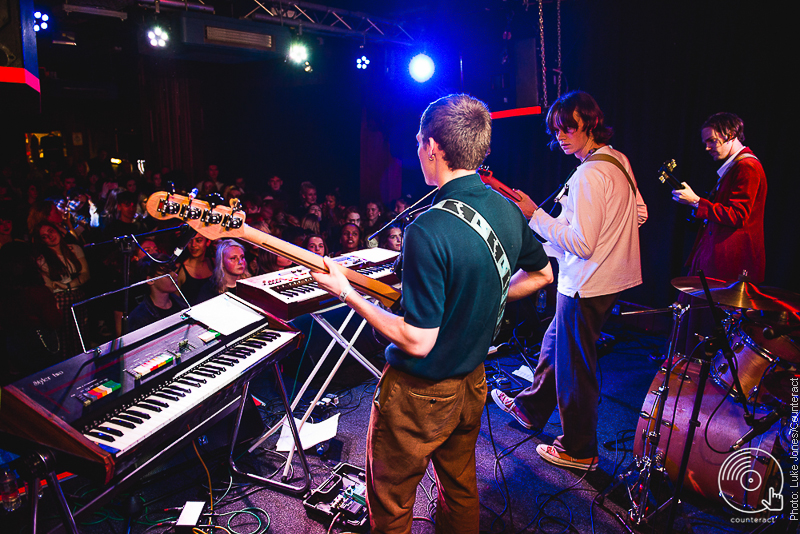 The band’s cover of Mac DeMarco’s slacker anthem ‘Chamber of Reflection’ gets singer Jordi James all hot under the turtleneck (though he ignores the bullish Brum chants for him to get his kit off). It’s the angst-riddled angular motifs of ‘When Did It All Go So Wrong’ that start the moshpits, however, and as a gaggle of clammy kids wrestle with loose pints and sharp threads, you realise Sugarthief don’t have to nick Splenda these days – they’ve moved on to stealing hearts. 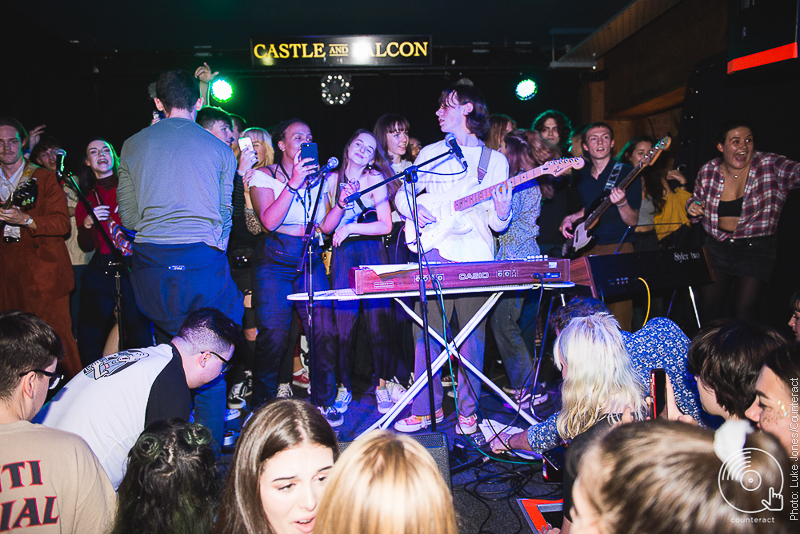