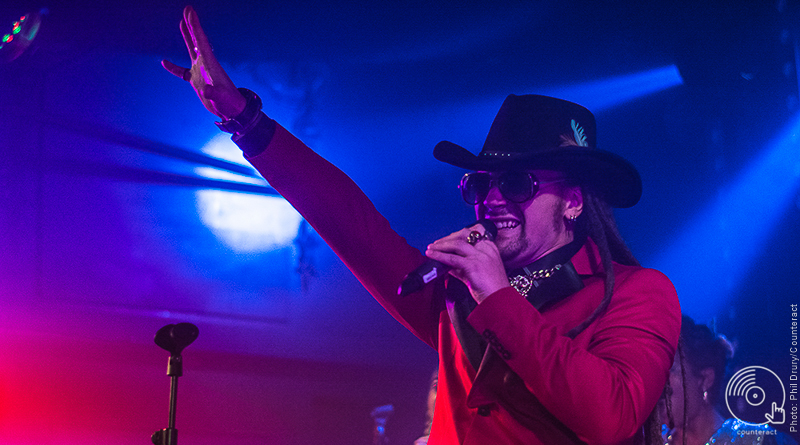 It’s a Thursday night in Kings Heath, and people are milling in and out of the Hare & Hounds in all kinds of clobber, some are dressed in sparkly leggings, glitter, underpants over tights, all sorts – you’d be forgiven for thinking you were at a festival.

On entry customers are given a form to fill in which for the most part seems like data collection, but the final question is a little different – “what’s the worst thing you’ve ever done?” This creates a buzz of excitement and storytelling as friends chatter amongst themselves trying to decide what the worst thing they’ve done is, well that they can actually admit to anyway. Hanging on the wall are t-shirts and caps emblazoned with the slogan “I Love Sexy Jesus”, this isn’t going to be your average Thursday night gig. 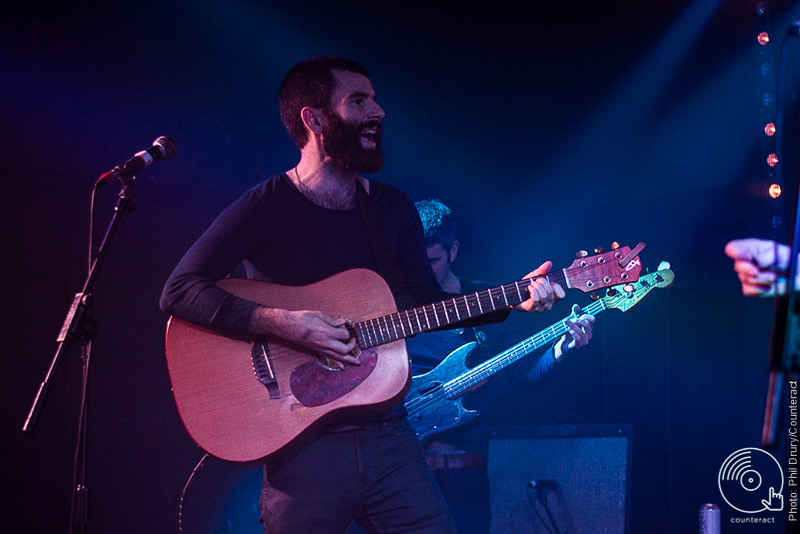 Support comes from local hillbillies (or is it Brumbillies?), High Horses, a seemingly rag tag ensemble whose players include mandolin, guitar, bass, drums, fiddle and flute. They kick off their set with ‘Graveyards’ and instantly pack a punch with their frenetic playing and welcoming demeanour. Brothers Simon and Adam Heath are the leaders of this merry hoedown, each taking turns on vocals.

Songs feature a range of styles, from blues to rock to The Band-style harmonies, to gospel-country a la Soggy Bottom Boys (remember the music from the film Oh Brother, where are thou?), to The Allman Brothers, Free, Edward Sharpe and The Magnetic Zeros, Crosby stills Nash & Young and even Led Zeppelin – clearly a lot of good musical taste in the melting pot here. 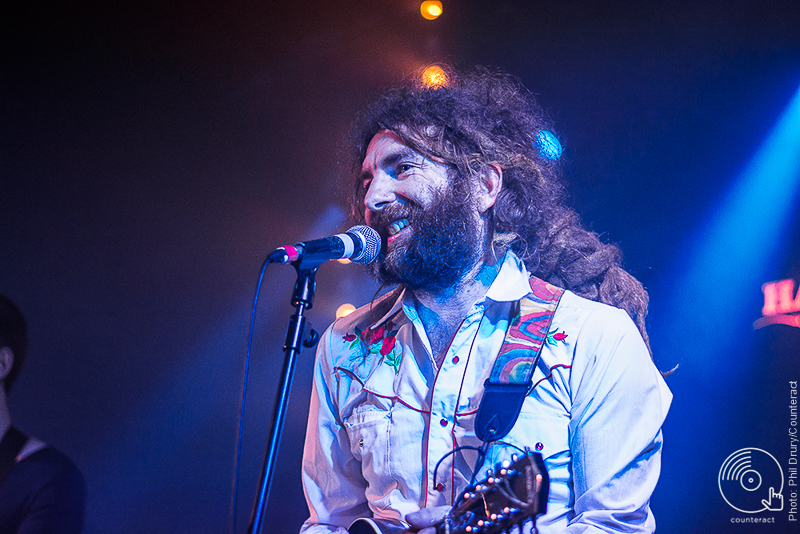 Vocalist and mandolin player Adam Heath seems to be channelling the King of rock n’ roll with his Elvis-esque posturing, not what you expect from a country/blue grass style frontman but it adds to the performance and their general fun and energetic sentiment. ‘EB Flow’ has almost a hip hop feel with Adam’s Brummie rapping not seeming at all out of place amidst music you might imagine hearing at a square dance.

‘That’s Love’ has become a fan favourite, a catchy uplifting song it’s lyrics give a bitter-sweet feel. Simon introduces it as being ‘a song about me being a terrible boyfriend’. 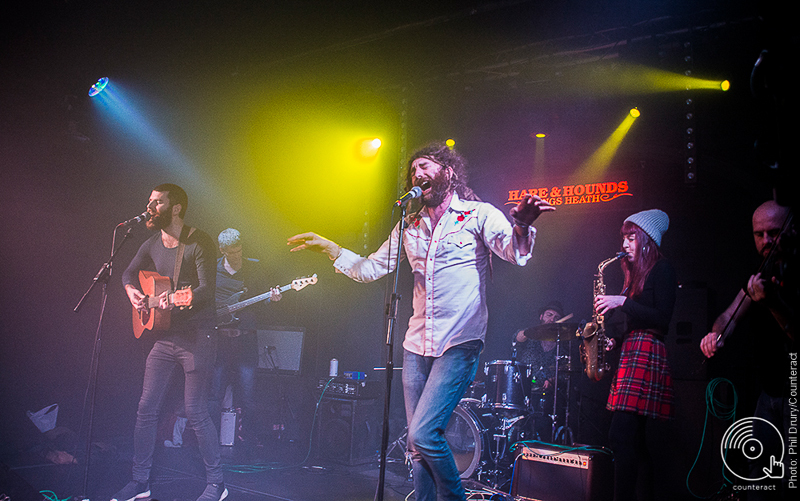 They end on Light a Fire inviting the audience to sing along (which they gleefully do). It kind of feels like the crowd is their congregation or have crashed a family party that started two days ago and it’s just had its second wind. High Horses are definitely one of the best bands in Birmingham in recent years and their latest performances are at the top of their game.

That congregation feel has got everyone in the perfect mood for the main event, and after such a stirring performance from High Horses you’d be forgiven for wondering how Oh My God! It’s the Church would follow that, WELL…

The room goes dark and then flashing lights hit the stage as a geeky looking guy appears dressed in cape and underpants, it’s later revealed that he is ‘Morgan the Organ’ – he’s the organ player. Three glamorous looking gospel choir-singers the ‘Hail Mary’s’ soon joint whooping and hollering and we await ‘him’, the audience are instantly whipped into a frenzy and the impressive Reverend Michael Alabama Jackson comes forth. 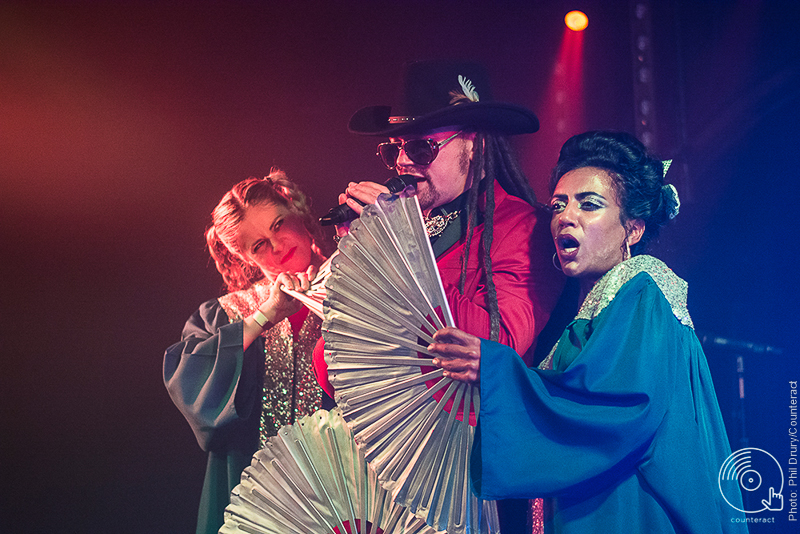 The audience are screaming and arms flail wildly, Jackson addresses them introducing their wild service. They are the Lord’s trusty disciples and this sure as hellfire is not like any Church service anyone has ever been to before! There is no holy water, Oh My God! It’s The Church have come to cleanse your rotten souls with rock n’ roll and absinthe! They burst into song with a fearsome version of Wilson Pickett’s ‘Land of 1000 Dances’. Soul music certainly lends itself well to these passionate performers and every single member of their unholy gathering is lapping up every second.

Next the crowd are introduced to ‘Sexy Jesus’, what might it have been like waaaay back in the day? Well Jesus was apparently pretty damn sexy and everyone wanted a piece of his fine ass. A touch blasphemous? Hell Yeah! They blast into Otis Redding’s ‘Hard to Handle’. Morgan The Organ writhes about like a demented young Elton John, whilst the Hail Mary’s shake what god surely meant them to and the Reverend struts his most holy stuff. 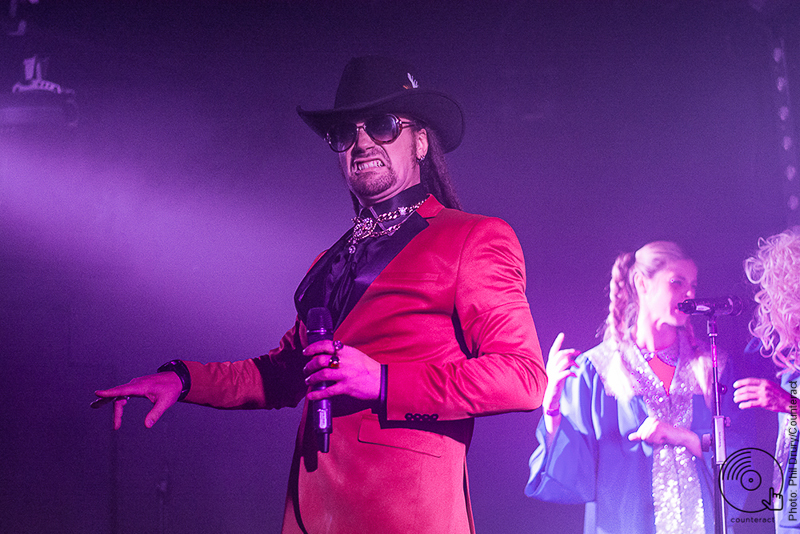 The audience go absolutely bonkers as the intro to ‘Gangsta’s Paradise’ kicks in, not only have these guys got soul but they’ve got the rhymes too! They belt out some country and soul classics before announcing it’s time for confession! Everyone looks nervously and gleefully at each other as they recall the ‘worst thing you ever did?’ question at the start of the night, it’s judgement time.

A man and a woman are both called to the stage for confession as we discover what their ‘worst’ was. Let’s call them he/him and she/her to maintain anonymity. She was previously a holiday rep who got sacked for performing oral sex on the hotel owner’s son and he was a man who stood by and did nothing when he witnessed a duck-gang-rape. Scum of the earth indeed. It was for the congregation to decide their fate, she was soon forgiven and cleansed with holy absinthe whilst the crowd were unforgiving of him, the reverend convinced them that everyone deserved a second chance and soon both were welcomed back into the fold. This whole experience was both incredible and hilarious. 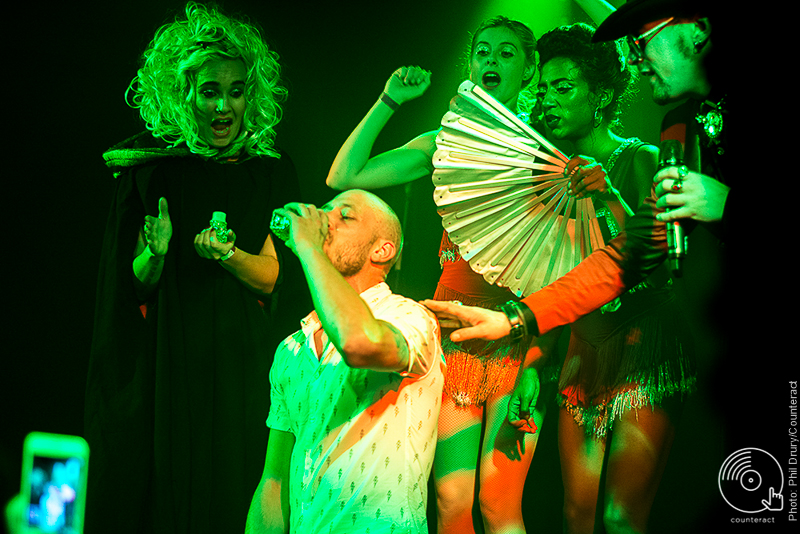 The whole place on a giddy power-high, surely, they can only go down from here? Nope. Oh My God! It’s The Church come straight back with a punch with an ecstatic cover of Junior Senior’s joy-pop classic ‘Move Your Feet’. They sing and dance their way through several other crowd-pleasing classics whilst occasionally breaking to spread their message of love, peace and sex.

Things slow down towards the end with a heart-felt rendition of ‘With A Little Help From My Friends’ as every person in the room is encouraged to put their arms around each other and sing a long, a truly beautiful moment indeed. Ending on a triumphant version of Fatboy Slim’s ‘Praise You’, this town are fully fledged Oh My God! It’s The Church obsessives as they finish, if they weren’t already. 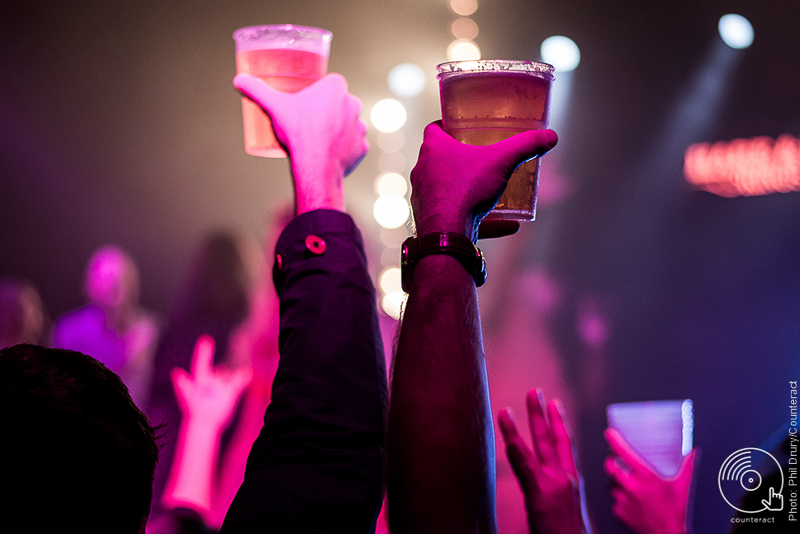 An absolute riot of a show with top-notch acting and performing, people are soaked with sweat, smiles wide and hands still held high. They leave shocked, stunned, loved-up, exhilarated, some even shouting ‘I Love Sexy Jesus’ as they walk out.

Do not miss the chance to catch this show when they return to Swingamajig Festival next spring.