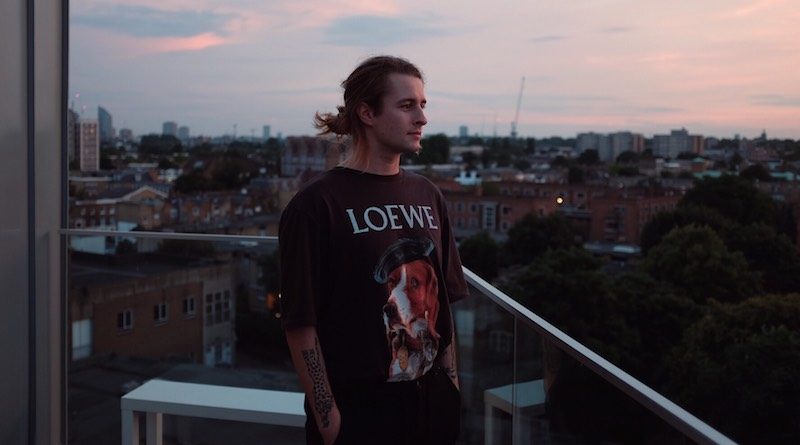 Not even heavy snowfall could stop revellers attending Mall Grab’s sold-out gig. Despite being moved from juggernaut venue Crane due to its temporary closure, the event was a perfect fit at everyone’s favourite Kings Heath pub, the Hare & Hounds.

The Australian DJ made a name for himself back in 2016 during the height of lo-fi house. Drawing inspiration from the grainy, scratchy noise of vinyl records, Mall Grab looped euphoric soulful samples over a chilled, melodic beat. Early tracks such as the hypnotic ‘Can’t (Get You Out of My Mind)’ were released from his bedroom in Newcastle, Australia. His dreamy, laid-back music has been described as “mildly celestial hella stoned introspections” by Resident Advisor.

2018 has seen new direction for the Australian 23 year old. Touring with the likes of BICEP has had an inevitable effect as his high energy sets have turned towards harder BPMs and darker, Berlin-esque influences.

Seamlessly splicing between exultant strings and chaotic piano riffs, to wonky acid house tunes and techno, Mall Grab showed off his seminal powers behind the decks. It’s rare for a DJ to utilise such an eclectic range of music, and even rarer to be able to please the crowd so effortlessly.

Highlights included Joy Orbison & Boddika’s brooding ‘Mercy’ and the oozing madness of Mr. Ozio’s ‘Vous etes des animaux (Positif)’. As a crate digger Mall Grab has cemented himself amongst the greats, pulling classic tracks which still toe the line of being underground. One standout was a fantastic funky remix of 1997’s standout ‘My Beat’ sung by Palmer Brown; the lyrics “Ask yourself … can you dance to my beat?!” resonated through the intimate venue.

Only one slip up can truly be accounted for – the bizarre appearance of Travis Scott’s ‘Antidote’. Perhaps a mainstream addition was intended to bring a more palatable edge to Mall Grab’s otherwise subversive selections. But the hip-hop, R&B track sounded out of place and was awkwardly mixed into house beats.

Most impressive of all was Mall Grab’s stamina: his set went on for over 4 hours. In true testament to his christening by Mixmag as the “Producer Who Made House Music Lots of Fun”, he was smiling and grooving the whole time. It was heartening to see such a renowned presence in the electronic scene do away with some of the seriousness and anonymity associated with the genre. When 3am inevitably arrived the night evaporated so quickly it was unbelievable.