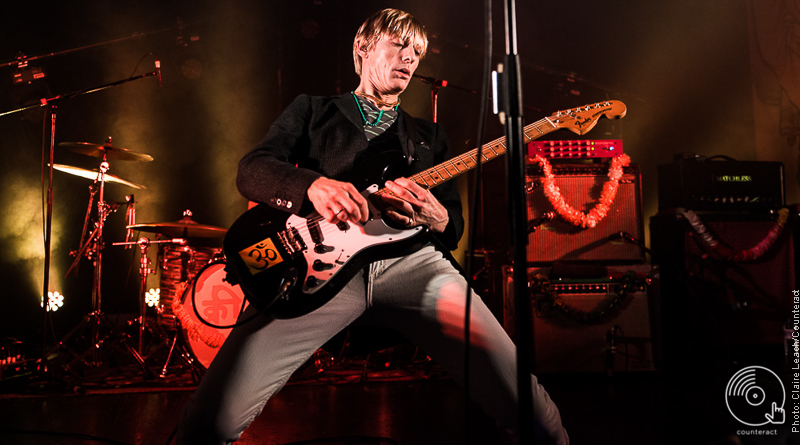 Two decades on from the release of Kula Shaker‘s debut album, this whole tour is a celebration. Kaleidoscopic visuals fill the backdrop in the run up to the performance, ‘K’, named characters from culture, history, and religion’s faces entwining and dissolving in an array of colours and patterns. A giant ‘K’ hangs either side of the stage. It’s enough to make anyone think there’s a theme to the nights proceedings. 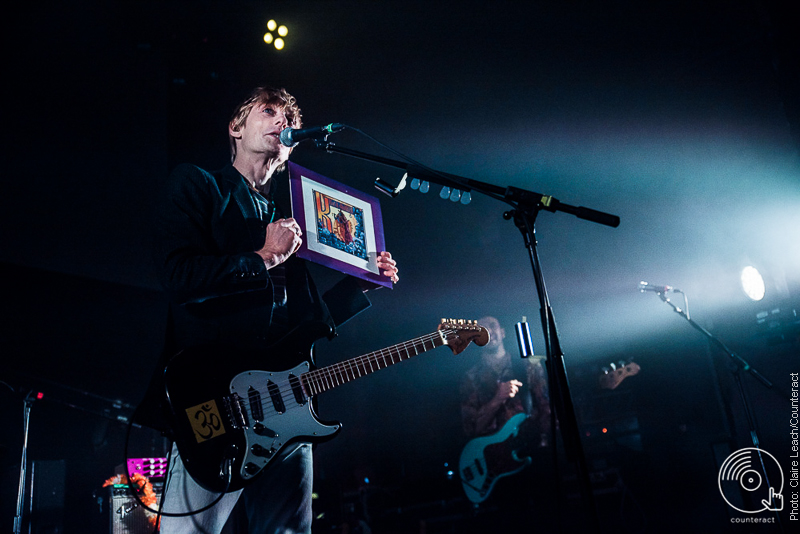 That theme is given voice the moment the band walk on stage. Performing a purpose rewritten rendition of  The Beatles’ ‘Sgt. Pepper’s Lonely Hearts Club Band’ announcing “it was twenty years ago today Kula Shaker made the album K…” the sense of jubilation is instantly in full flow. “As promised, we’re going to play K in full,” front-man Crispian Mills announces to his rapt audience. Bringing out a copy of the album, he displays the artwork to the crowd, before removing the record from its sleeve and placing it on a turntable and standing patiently, “Have a cup of tea,” he tells the room, with a smirk. 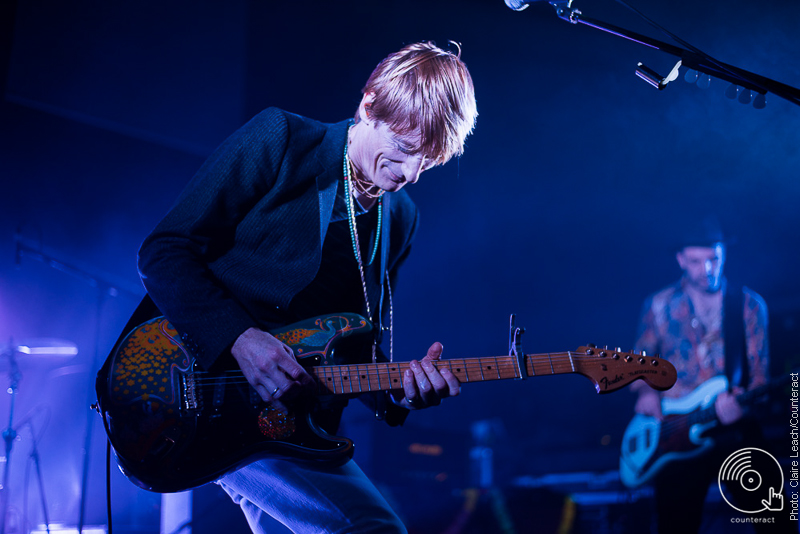 Declaring that tonight is not about going back in time, nor about reliving the past, “who wants to do that?” they ask, incredulously. The band opt instead to “open a rift in time and space” and bring the future careering into the present moment. Inviting the crowd to “countdown from five, like a pantomime,” the moment is as bizarre as it is bemusing. As the momentum of ‘Hey Dude’ kicks into gear, the brilliance of the moment truly starts to kick in. 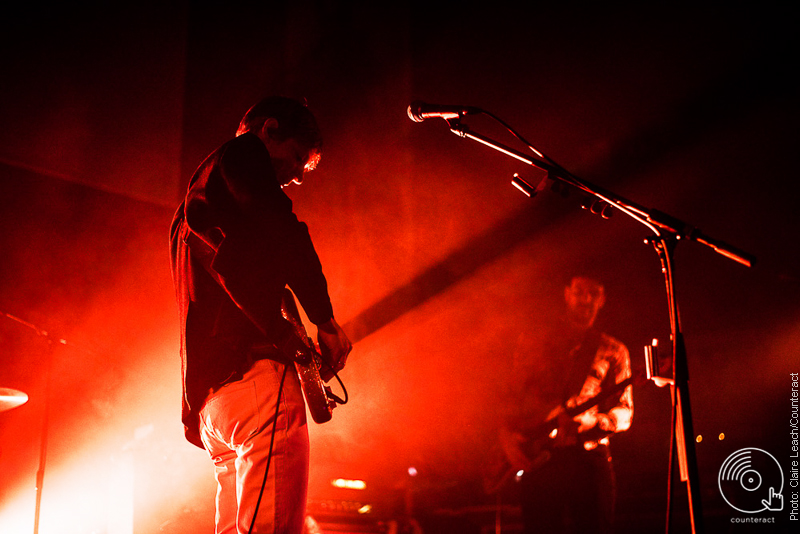 Pausing mid-set to take K off the record player on stage and using the opportunity to play three b-sides before pressing play on the second side of the release, the night is injected with almost as much humour as hair-raising licks. Live these tracks might not be able to have the same depth of texture, but they sound louder and more livid than ever. ‘Smart Dogs’ sears with a blistering energy, while ‘Magic Theatre’ is resplendent in its own majesty. The rabble rousing refrains of ‘Hush’ ignite no shortage of chaos in the ranks gathered towards the stage front and the saved-until-last performance of ‘Govinda’ leaves no one feeling anything short of elated.

K might be twenty years old, but if anything the songs performed tonight proves the band are as powerful and relevant to their audience as they always have been, and that’s something that will always be worth celebrating.