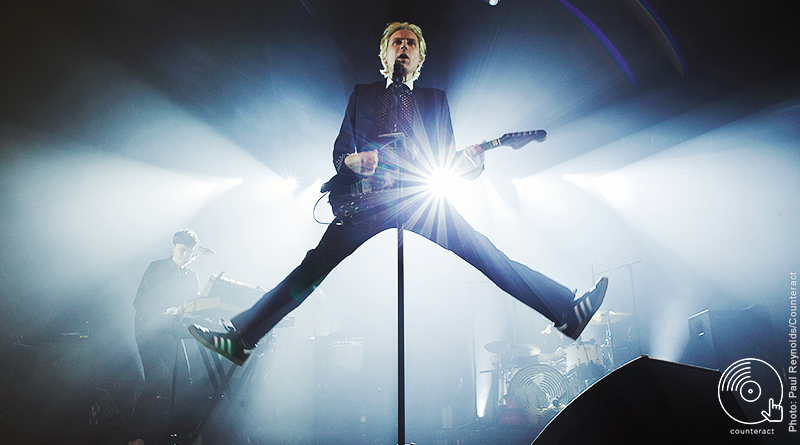 Albert Hammond Jr. propelled indie and rock grind into the crowd with a vocal range similar to Jake Bugg. The opening track quickly illuminated the room with strobes, and an electrifying energy – amongst the frontman’s quirky dance moves. 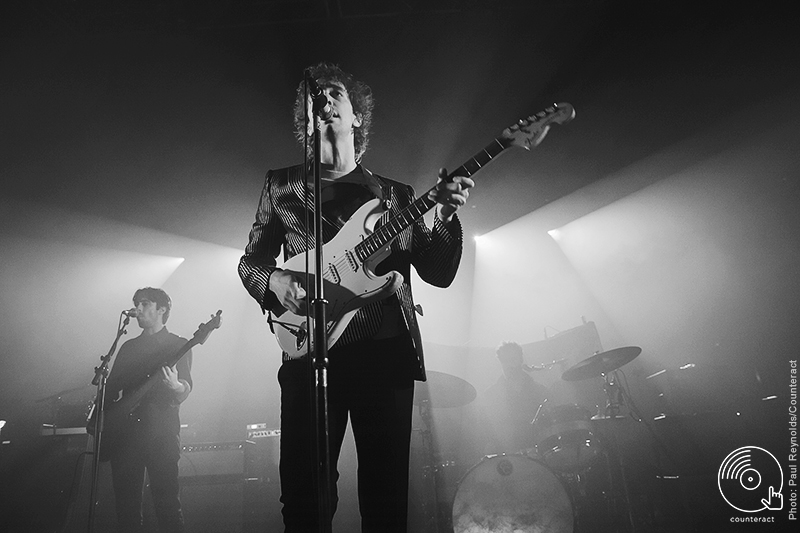 The Strokes guitarist clearly has fans in the audience; people are singing along to the songs throughout the openers’ set. Hammond Jr. doesn’t give a shit – in the best possible way. He bounces and jitters around the stage, swings the mic in the air, hangs it around his knack whilst shredding guitar solos, and climbs on top of amps. 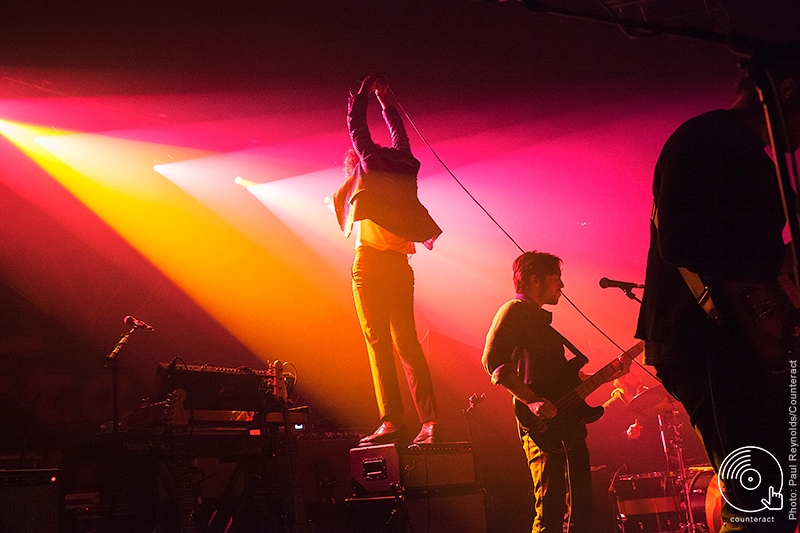 Storming into their set with the electronic ‘Lazy Boy’ from the new album, Franz Ferdinand flitted neatly between older material with a heavier grit-rock sound, to the fully-amped techno-romp of their latest record. 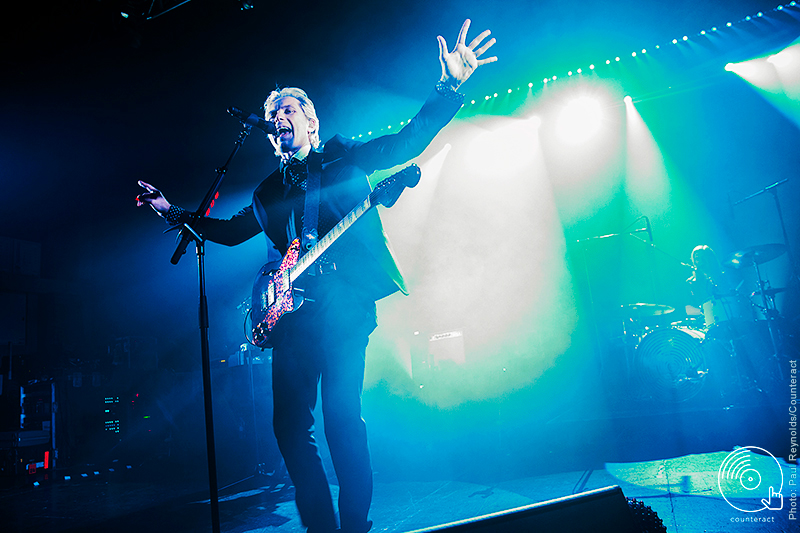 Newer tracks such as the disco-infused ‘Glimpse of Love’ and comeback single ‘Always Ascending’ received a polite reception from the crowd, but it was undoubtedly their rocky signature hits ‘Do You Want To’, ‘No You Girls’ and ‘Take Me Out’ – along with other fan favourites ‘This Fire’ and ‘Jacqueline’ – that garnered the biggest reactions from the audience. For a band that doesn’t enjoy playing too much of their old material on tour, they do it so well. 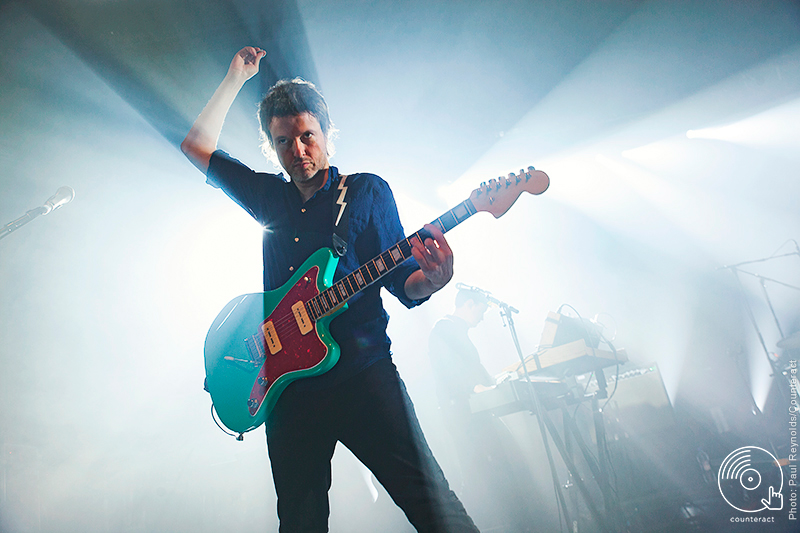 Frontman Alex Kapranos has a David Bowie vibe about him, with his intriguing but humble presence and tone of voice, as well as a clear, huge passion for performing live. His ever-so-slightly Scottish accent delivered warmth, humility to the crowd, as well as the occasional check in to see whether we were ‘having a good time’. 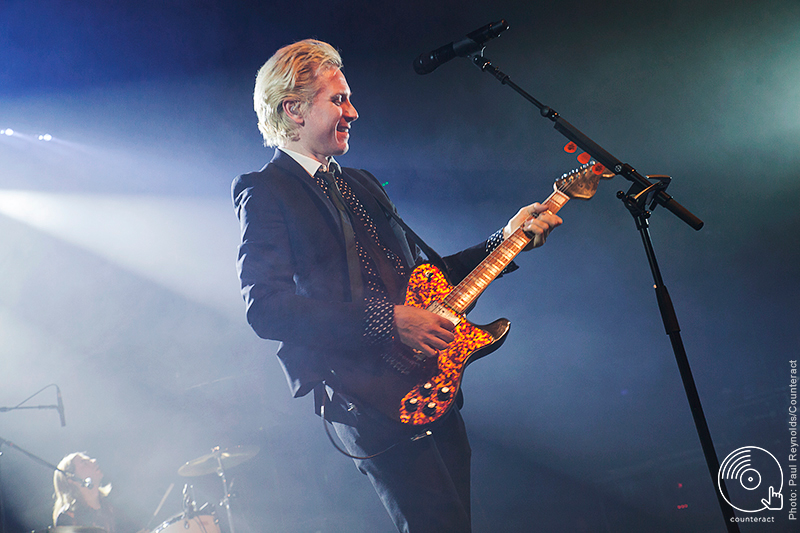 The show was great all-round, with a mix of new and old tracks satisfying the Wednesday night crowd, who, at points, got on their friends’ shoulders and shouted along to the lyrics. Visually stunning and curating a boisterous atmosphere, the Glaswegian five-piece did themselves proud in Birmingham tonight. 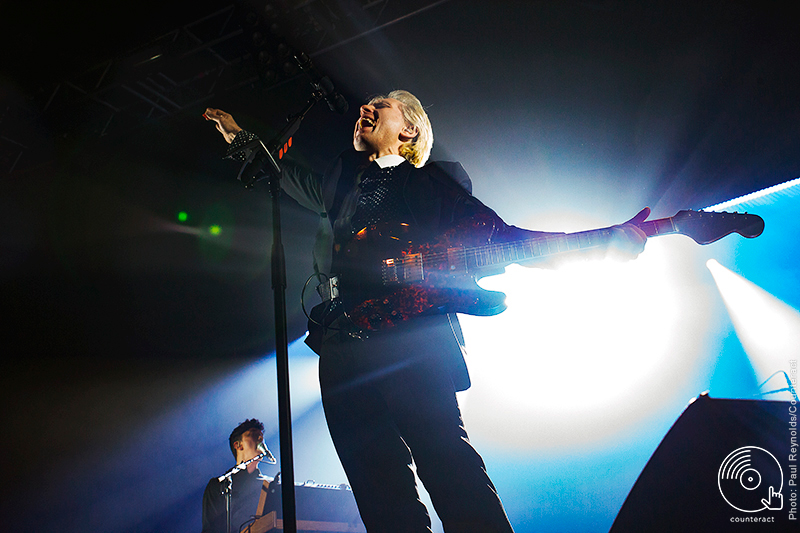