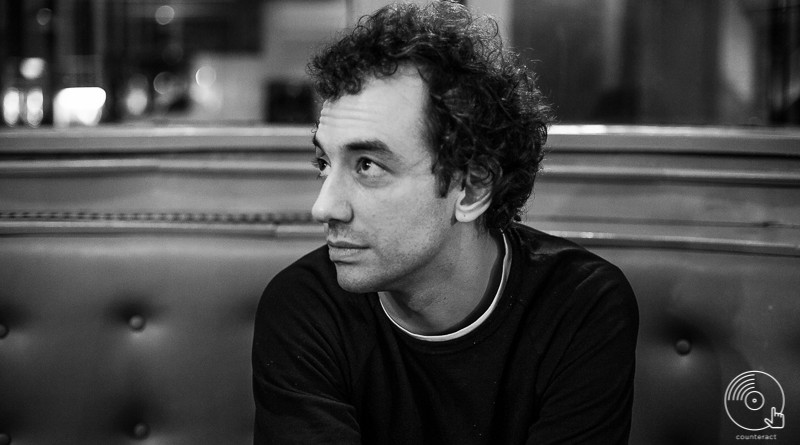 It’s June, it’s sunny and The Strokes are in London town. For one night only, the band are on British soil once more and perform an critically acclaimed, astute headline set at Hyde Park.

Fast forward five months to around 7:00pm and it’s a chilly November night in Birmingham, where Albert Hammond, Jr. of The Strokes is sitting in the back bar of the Hare & Hounds for our interview. “Can I get some more hot water?” asks Albert to his tour manager, Matt. Life has definitely changed for the Strokes guitarist. “On the rider?” Albert relays my question back to me. “I like eating raw ginger, manuka honey, dark chocolate, fruit, meats, cheeses, breads. I have teas,  the other guys have anything Glenn [Glenn’s vodka, Glennfidditch etc] on the rider for alcohol, but I don’t drink.” 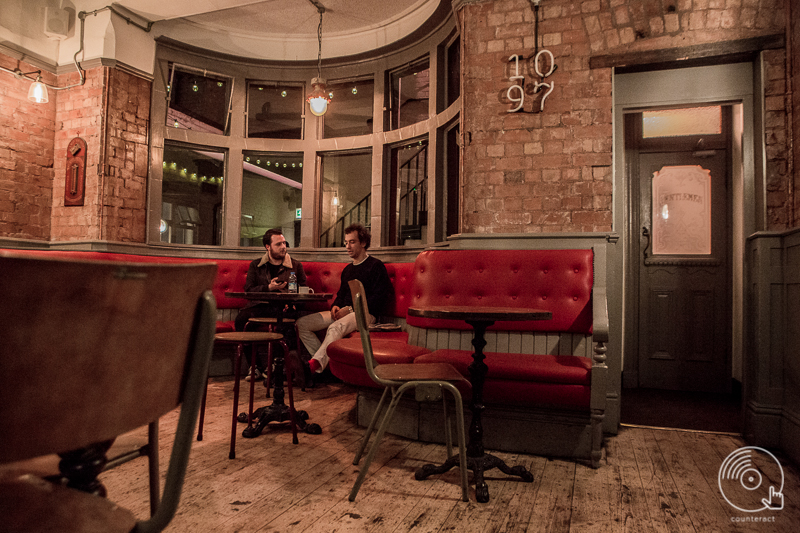 Not only is he now completely sober following an extensive period of rehabilitation after the recording of 2011’s Strokes record Angles, Albert Hammond, Jr. is back to playing much smaller venues than Hyde Park, in support of his latest solo record, Momentary Masters.

“The tour has been amazing so far,” explained Albert. “We started on September 8th, and by December 9th we’ll have done sixty shows across America, Japan and Europe, so it’s been pretty full on.

“Every place has had its highlight too, whether it was a sold-out show, to just having the crowd go crazier than usual, or if it was a place we haven’t been to or somewhere we have been that is busier than before. It’s been a very positive, uplifting tour. You can see that it’s going somewhere. “

It’s almost as though Albert has reinvented himself with this new record. Momentary Masters is his third LP and follows 2013’s AHJ EP, but along with the attitude, the sound has also slightly changed.

“With the EP I had a different style of songs that I had to the previous two records, so it felt quite different… that was kind of a year or two after rehab.

“With this record, the band formed while touring the EP and it was the first time we went in with the band. So I feel like I got pushed in to corners that I had to get out of that I normally wouldn’t have, and that took things in to different directions.” 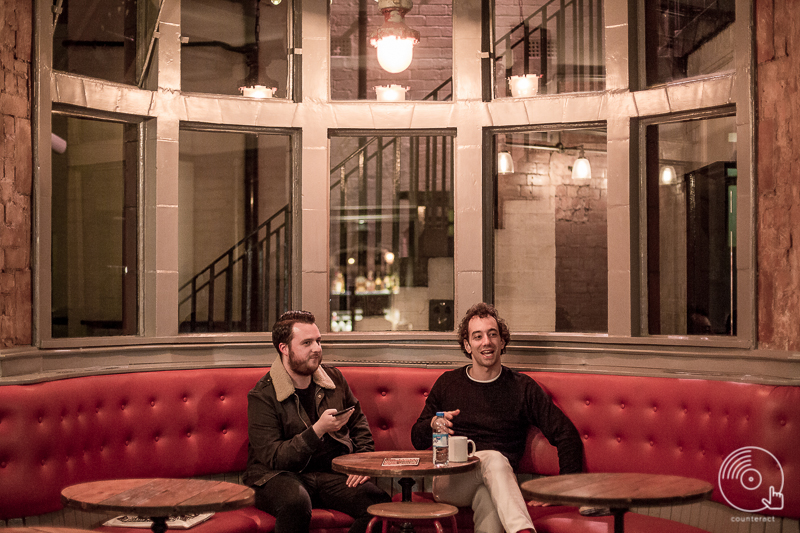 Those different directions have resulted in a different sound; Caught By My Shadow bears a pertinent influence of a certain band from High Green, Sheffield: ”I love that song. I mean, I know why people say the riff sounds like Arctic Monkeys. They’ve made those riffs sound popular,” said Albert. “I listen to them, I’ve seen them play many, many times and I’m good friends with Matt [Helders]. I’ve tried to get him to play drums for us because I just love the way he plays drums… so I can imagine some of it rubbed off, for sure.”

Recording Albert’s latest record came at a difficult time. One of his friends sadly passed away shortly after he met her, and it’s said that Momentary Masters was written in memory to her, particularly on tracks like Losing Touch & Coming To Getcha: “I know it’s going to come out like that lyrically but for me, Losing Touch was more about not being nineteen,” explained Albert.

“It’s just that idea of not being the person who is always at the bar any more. I used to go out every night when I was younger; a night off was just because you’d reached a point, but now I barely go out. Now I’m happier than I’ve ever been, so it’s just confusing because I’m sad to let it go but I’m at the same time I’m happier.”

“Coming To Getcha is definitely heavy on a lot of conversations we had. There’s so many things your brain goes through when you’re writing, you might have a story in line but sometimes the music changes and the meaning takes you somewhere else. When you’re writing it you don’t know, but then you listen to it a year later and you’re like ‘oh shit, was that what I was writing about?’

“It’s almost like I was foreshadowing my own fuck ups.” 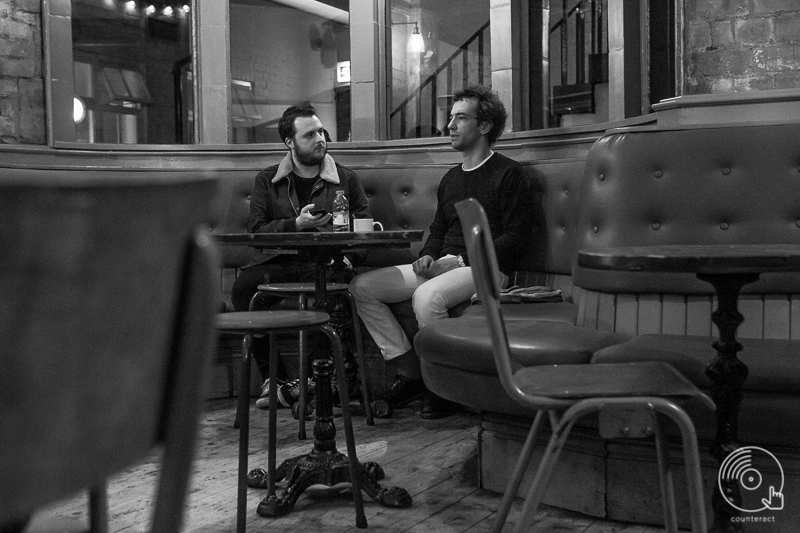 As a result of his rehabilitation and level of fame from being in The Strokes, there’s always going to be an element of over thinking when it comes to his lyrics, too: “With this stuff, whenever I get these emotions I just try to make them a little more universal as these feelings can be tied in with other people’s struggles, whether they’re struggling with drugs or not.

“I guess the opening line of Born Slippy, ‘sometimes the sun goes behind the clouds; you forget the warmth that could be found’ is kind of like ‘this too shall pass,’ trying to visually represent the idea that even though you could be somewhere else it doesn’t mean that the other side doesn’t exist.”

Momentary Masters is almost split in two halves; the first half seemingly serious and, the second half, separated by a Bob Dylan cover [Don’t Think Twice] takes a completely different road with four punchy tracks in quick succession: “We put the Dylan song in the middle to kind of create this ear palate cleanser,” explained Albert.

“You know sometimes when you put on records but you kind of feel tired in the middle because it’s too heavy or there’s a certain sound? It doesn’t mean you don’t want to finish it, it just means there’s a certain feel. To me, having those type of songs can make you want to keep the record on all the time. [The run of four tracks] didn’t go that way until mastering actually. We left feedback from Razor’s Edge in to Touché and then Drunched in Crumbs just comes in with that huge hit, and then Side Boob just comes right in too. So it just felt right.

Of course, being in a band as influential as The Strokes always come with risks later on in band members’ careers. You’d expect some level of pressure to create records mirroring Strokes material, or for Albert to feel the need to play the songs live- but this isn’t something he feels the need to do: “It doesn’t really make sense for me to play the songs live. I feel like if I was Julian then I could play the songs. I could see myself doing a cool little medley if I am blessed enough to continue doing this when the band’s broken up and I’m like 50, I can do a cool medley to remind people of a past time.”

“And that’s fun; but right now I’m just trying to build a career for myself and sometimes it feels like I’m a nostalgia act, which is kind of depressing. It’s almost kind of depressing when we [The Strokes] do it [laughs,] so I wouldn’t want to do that. 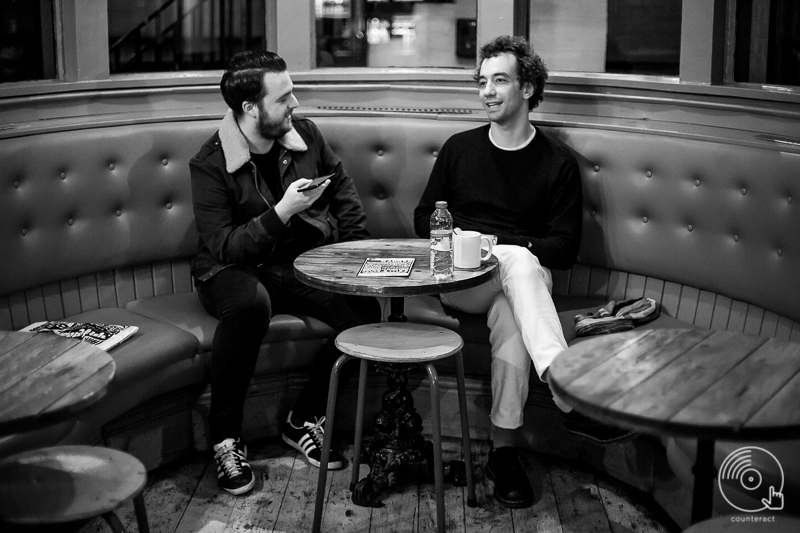 “Even if I wasn’t in The Strokes, I’d still have the pressure doing anything that I love to do, just because you want to do it well. The only person I only really know of that I don’t even know that’s just seemed really at ease is Mozart. It just seemed like he knew everything and could come up with everything so easy just like whatever, so maybe part of my frustration is that I’m not as good as I want to be, should be or could be. The only pressure I really feel is from myself.”

“We stayed in Birmingham for a couple of days on the last solo tour [The Glee Club, 2014]. We stayed at the Radisson Blu hotel, we went running around, went to Wagamama and some bars.

“I really like touring the UK and getting in to the smaller places. I feel like during the whole Strokes time it was always like ‘get in and out as fast as you can.’ We were gone from the place before our amps were turned off. Now we load our own gear out, we don’t have any techs or anything. That’s where the budget is.

Headlining Hyde Park for any band is no mean feat, particularly for one with no new material for two years, and no imminent plans for any either. Surely, there must be more to come from The Strokes?

“Hyde Park was very fun. We had a band meeting on the 24th of September and we are going to go in the studio in January just to see how far things go, but that’s as far as everything is planned. And that’s still going ahead… that wouldn’t not happen, I still think we would all be curious to go in with whatever fears, anxieties or hopes we’ve all got. So is that to write new music or just to practice? “It’s one and the same isn’t it? Jamming, writing new music [laughs]”.

“It’s just harder and harder to do it because if you wait and don’t do stuff that you want to do, then you just end up doing nothing and getting old and bitter. So it’s just trying to find that balance. I have no idea what they [The Strokes] are doing now, I don’t really speak to them… I don’t even have their numbers.” 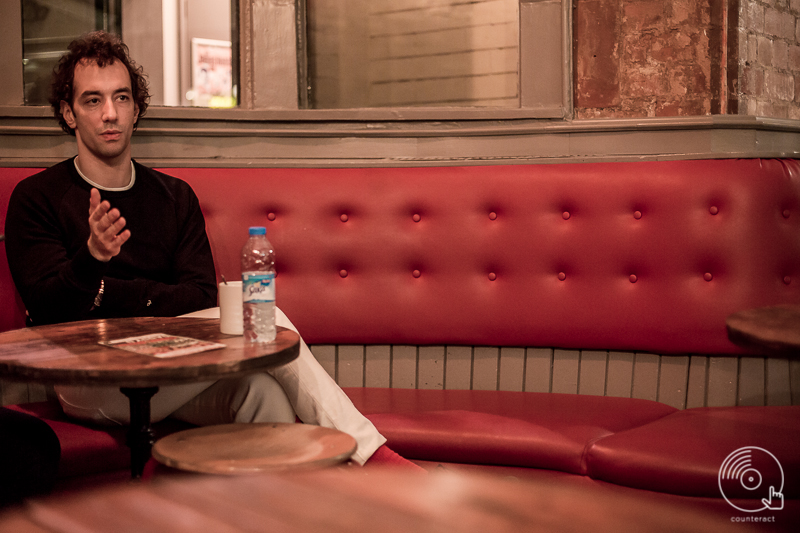 While clearly being coy about the future of The Strokes, it’s unsure whether Albert actually knows what’s going on with the band, and whether they’ll return to our shores any time soon. What’s clear from this interview is that Albert, Hammond. Jr. is clearly ambitious. He speaks of pushing his solo career as far as it can go, trying to get to an arena size level tour and planning for the next two years: “I want spend the next couple of years making records to see what myself and the band can do,” said Albert.

“I think we’ve got some really cool new songs. In March, after touring South America we’re going to go in to my studio for a bit and it’ll be cool to get some tracks down without any thoughts and see where we go from there. At least that’s in my thoughts. That could all change tomorrow. But definitely I’d love to see this in arenas one day, so that’s my goal.”

With that and a quick “see you soon,” I head back in to the main bar to try and put together the pieces of a lengthy chat in a Kings Heath pub with one of the idols from my dazed teen years. Later that evening, Albert Hammond, Jr. would go on to perform material from his four releases to an intimate, 250 capacity room above a pub in South Birmingham.

Albert Hammond, Jr. is definitely pursuing a career away from The Strokes; but that is in no way a bad thing.

Momentary Masters is out now via Vagrant Records.