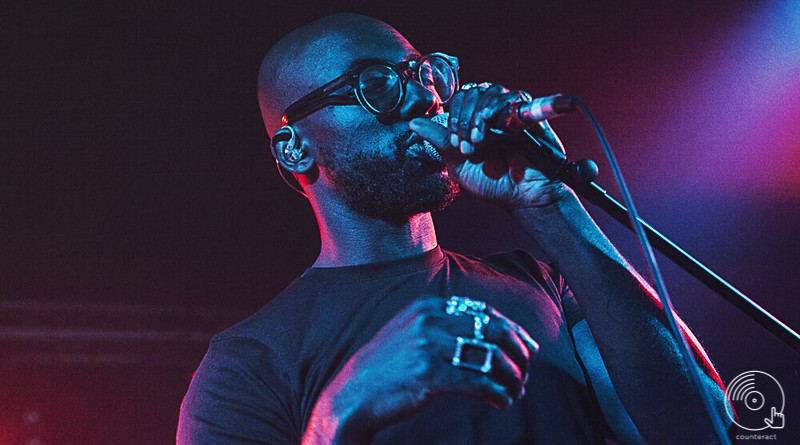 The cycle from Harborne to King’s Heath is one I’m beginning to be very familiar with – in fact, it’s become quite a regular commute for me. Happily, more often than not, it’s to see some fantastic live music at the iconic Hare & Hounds. This evening is no different: this evening I have the great pleasure of witnessing performances from Junk Son and Ghostpoet. 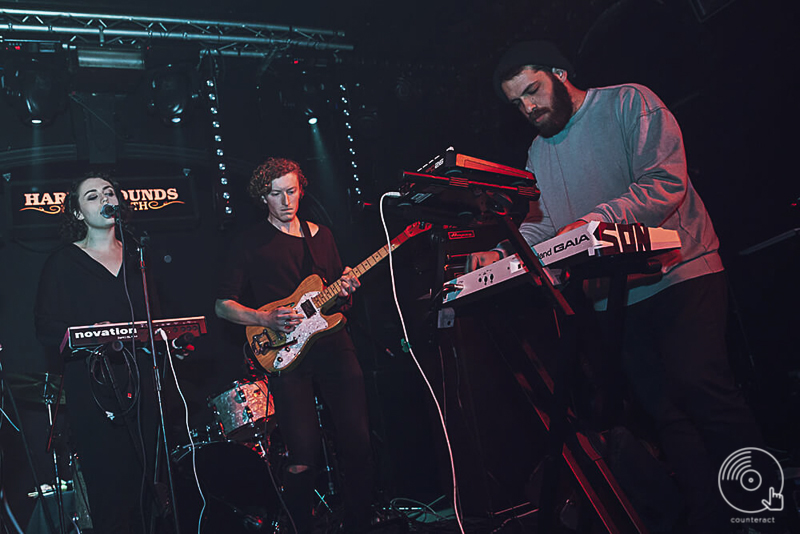 Junk Son stroll onto the stage at around 8 and begin spinning their webs of minimalist, reverb-infused electronic beats around an audience who are immediately sent into a state of spellbound calm. It’s worth mentioning, although it comes in this industry with a great deal of stigma, that John Dunk – who heads up Junk Son – is a classically trained musician just out of Goldsmiths. Mentionable, because Junk Son’s songs come across as composed, as opposed to written. The three synths played by three of the four band members are programmed and synchronised in seamless counterpoint, and the guitar employs all sorts of effects, including the effective use of an EBow, which makes it sound like anything but a guitar most of the time. With all this frenetically darting around the bedrock of Amy Spencer’s understated vocals, it makes for great listening. Their single ‘True’ is already out, go give it a listen. 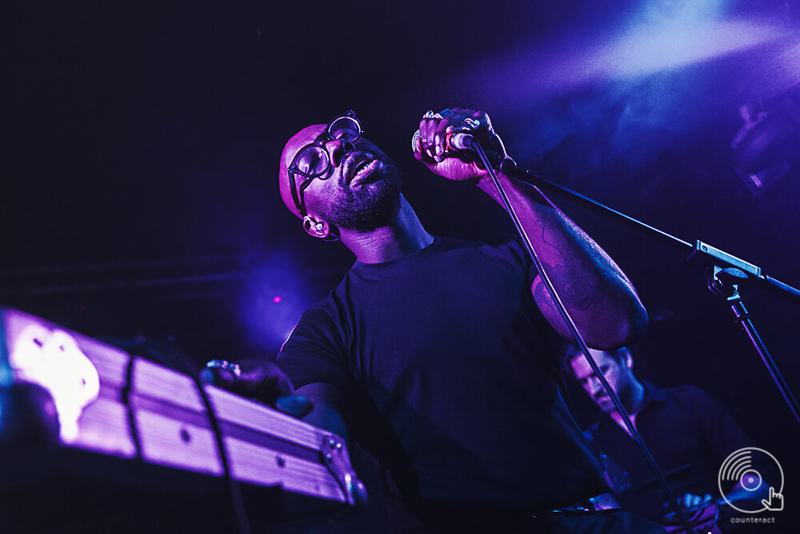 After a while Obaro Ejimiwe, AKA Ghostpoet, appears from the side door and makes his way, already radiating a magnetic presence, through the crowd to the stage. Band already assembled, they get going immediately. Due to Ejimiwe’s mic being slightly too distorted for the first couple, the crowd seem hesitant at first, despite their ecstatic welcome when he first entered the stage. As they launch into the third song, ‘X Marks The Spot’, from the new album Shedding Skin, clarity is reached and the outstanding lyrics for which Ghostpoet is known come to the fore. After jokingly chastising the audience for it being “a bit quiet in here”, things liven up, and ‘Survive It’, from his first album Peanut Butter Blues & Melancholy Jam, is well met. 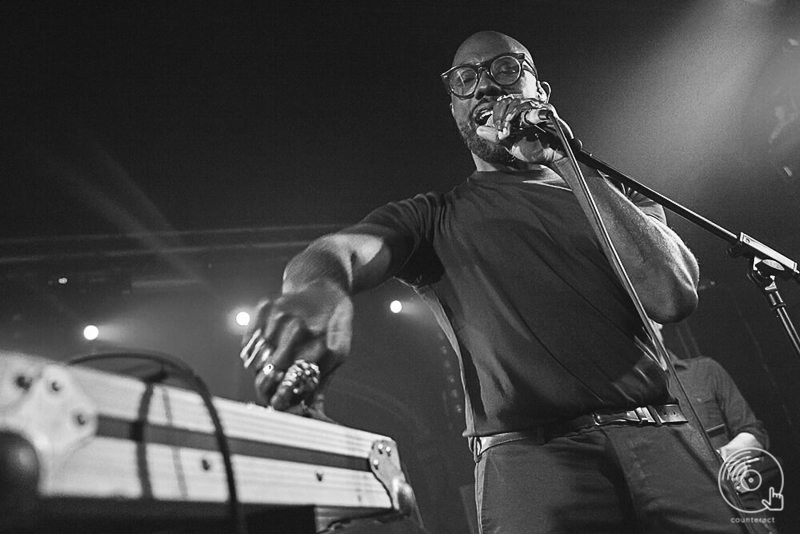 Charismatic, Ejimiwe stalks the stage, fully engrossed in the songs and languidly moving to the beats. It’s as though he’s lost in thought as he tells the stories of people, relationships and himself; it’s a truly immersive experience from the point of view of the audience. ‘The Ring Down The Drain Kind Of Feeling’ and ‘Off Peak Dreams’ go down a treat, while ‘Yes, I Helped You Pack’ descends in the middle into a dark, paranoid jam with Ejimiwe and his female vocalist’s voices in unison creating a haunting effect. As they draw to a close, he jokes that it would be a little odd to “hang out in the toilets, and then come back” on the stage, since there is no backstage, so they launch straight into two encores. The latter of the the two, ‘Liiines’, is met like an old friend by the crowd. ‘Liiines’ is especially poignant, as it is about Ejimiwe’s frustrations at not being able to attract a larger audience; but with the fantastic new album, and a great live show, this is happily not true any more.