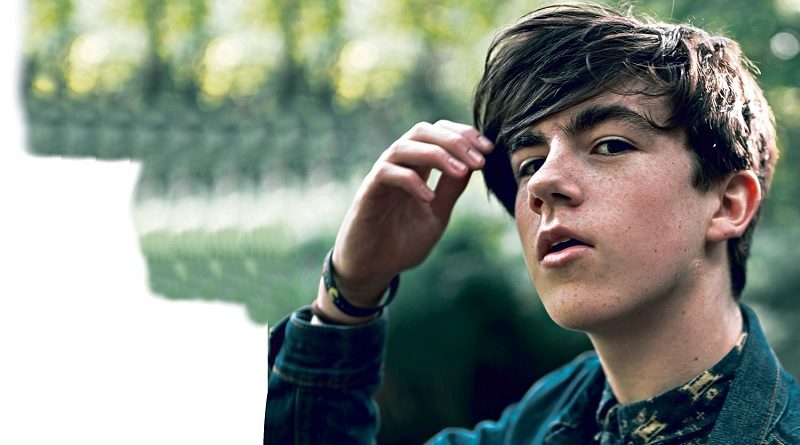 Declan McKenna is a name you may have caught buzzing around social media recently and is sure to be someone you will be very familiar with in a short amount of time, if you aren’t already. Having been featured in publications such as DIY, The Guardian, Clash and NME the 17 year old from Hertfordshire has gained an impressive amount of attention early in his career broadly due to his unique production style and intriguing narrative lyrics. Before diving into a summer of countless festivals in the UK and America, he headlined a show at The Empire in Coventry treating his fans to a high octane set backed by his tight live band.

Easing the small crowd into the evening, Coventry’s Emma McGann provided support with a brief enjoyable acoustic set. This consisted of a mixture of chart pop covers with her own sugary sweet original songs. Impressively Emma managed to alter the production heavy hits including Bang Bang by Jessie J and  medley of Beyonce and Destiny’s Child songs, to suit the stripped back intimate setting creating a relaxing laid back atmosphere. Her vocal tone had sharp twang to it comparable to the likes of Demi Lovato or early Taylor Swift. Original songs such as “Lifeboat” were broadly about fluffy cutesy romances with catchy simplistic riffs. Her bubbly charisma was an enjoyable kick off to the night.

Soon after, man of the night Declan McKenna emerged onto the stage backed by the 8-bit esq buzz of the intro to “Brew” launching straight into the buzzing guitar riffs and intriguing childlike beats that makes Declan’s music so special. He wasted no time continuing with one of his more popular tunes “Paracetemol” met with passionate singing along from fans. The synths slowly built up to an explosive drop of fizzling bass and pounding drums paired with Declan’s belted vocals of the chorus.

Every sonic element meshed together nicely creating an intoxicating cocktail of noise that sucked the crowd in. Declan maintained a strong connection with the crowd as he wandered around the venue encouraging fans to bounce along, he described them as “like a little club” appropriately as despite it’s small size a joyous atmosphere filled the room. Fans continued to dance around to new single “Bethlehem” with it’s hip swingable swirling riffs and blaring guitar reverberating through the crowd.

The musical range was heightened as the diverse tracks back to back, emphasised their sonic differences particularly impressive coming from a performer so early in their career. It would range from more rough edged indie rock to poppier carefree numbers such as new track “Why Do You Feel So Down” that had a euphoric summery quality to it. He demonstrated his talent as a solo performer giving a stripped back rendition of “Basic” highlighting the impressive penmanship.

Declan’s confidence and full on front maintained the audiences attention and consistent interaction ensured the set was engaging. Fan favourite “Brazil” had a slower chilled melody suitably towards the end of the set. The crowd sang along echoing Declan’s delightful vocals as they danced to the charming repeated riffs and steady pattering drum beats.

The highlight of the night came with the climactic “Isombard“, with it’s rapid fire rhythm and fiery guitar making it impossible not to bounce around to. It’s infectious sound  epitomised Declan and his band’s impressive and exciting talent.

The gig affirmed that all of the early media attention and acclaim is certainly well received and there is sure to be much more to come in the future from Declan McKenna. A successful career is surely imminent and his live shows are well worth checking out in the future.