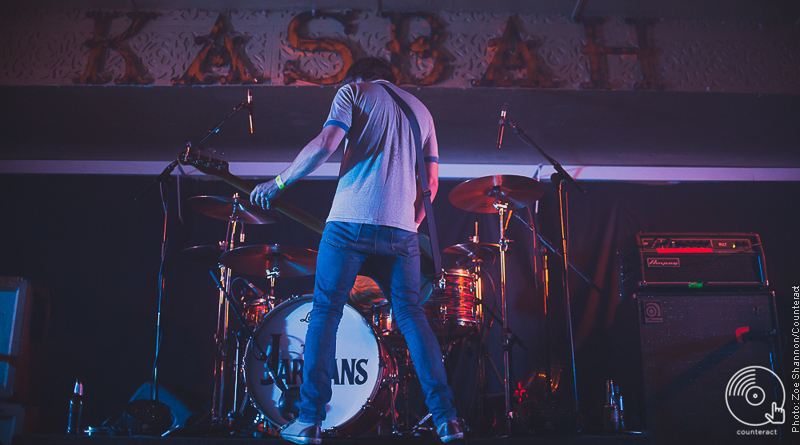 It’s fair to say that The Cribs have quite the following in Coventry. Their long love affair with The Kasbah continued further on Friday night as the iconic punk-rock group descended on the venue for the 6th time, off the back of 3 previous sell outs of the main room. The Cribs played the club as a warm up show in preparation for the festival season which for them includes an appearance at Y Not, and a huge homecoming show in Leeds at the end of July.

Main support on the night came from Brighton grunge/rock four piece Demob Happy. The bass driven group were more than capable of setting the tone for the night, as their catchy guitar hooks prompted moshes from many in crowd early on in the evening. The band have recently released their debut LP Dream Soda, and it is certainly worth a quick listen if you are fond of the likes of Nothing But Thieves and Yak.

The Jarman brothers then took to the stage relatively quickly due to an early curfew at the venue, but nonetheless they were greeted with a rambunctious welcome from the packed out Kasbah. The band opened with crowd favourite ‘Mirror Kissers’, which was then followed by the well-known hit ‘Different Angle’ – an opening that couldn’t possibly have supplied more ammunition for the 1000 or so fans in attendance to mosh to.

It wasn’t until after four songs in the setlist when front man Gary Jarman finally addressed the crowd, saying that Coventry provides them with their best live audiences – which is somewhat of an accolade for the city to have, given The Cribs’ 12 year history of playing up and down the UK across the globe.

The band then proceeded to play a plethora of old classics such as ‘The New Fellas’ which had not been played live for nearly 10 years, as well as ones from their most recent 2015 album For All My Sisters, which was the group’s third consecutive release to chart in the UK top 10. Fellow front man and rhythm guitarist Ryan later promised the crowd that they would play the Kasbah at least once every two years, confirming it is their favourite venue in the country.

The highlight of the night though came towards the end of set when the Coventry faithful were sent into ecstasy as the band played their most known hit, ‘Men’s Needs’. The menacing and instantly recognisable guitar riff was mesmerising and it was rightfully matched by a showing of utter carnage from the crowd in the form of circle pits and crowd surfing, as avid fans were constantly being tossed over the barrier – Gary held his mic stand to the lips of one surfer, to let him belt out the lyrics over the PA.

The Cribs left the stage at 10:00pm to a host of cheers and whistles, as the on looking fans demanded more, despite the band being renowned for not performing encores. Later on that night on Twitter, the group confirmed that they would have performed a rare encore for their beloved fans, however the curfew prevented them from doing so. Nonetheless they would have left the venue with their heads held high knowing that they have owned the Kasbah once more. It is a surprise to me though that the band hasn’t went on to achieve total superstardom on the British rock scene, given their killer live shows and solid fan base.

Six studio albums down the line from their initiation in 2004, the group still haven’t managed to quite crack it on the big time, and as the trio are now into their mid 30’s, there’s very little chance in them doing so. However, they put on a heck of a live show and they are a class act to watch. Regardless of all that, on tonight’s evidence the brothers are clearly more than happy just slaying venues like the Kasbah. 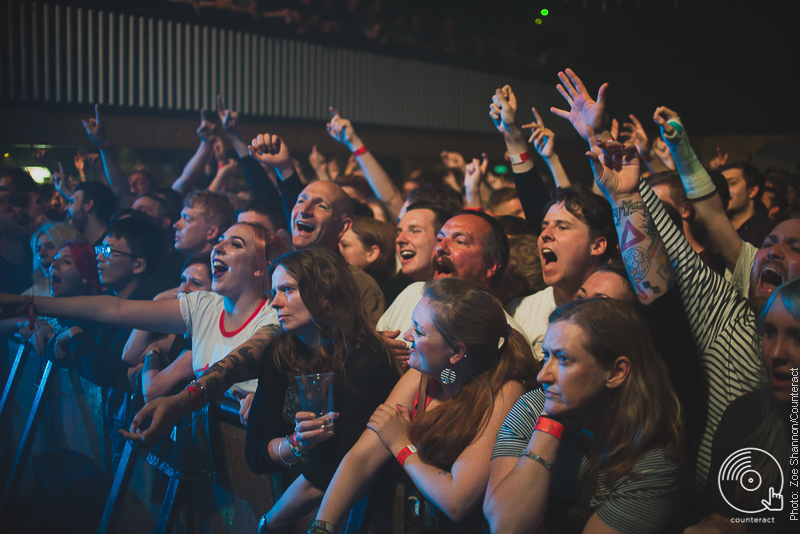