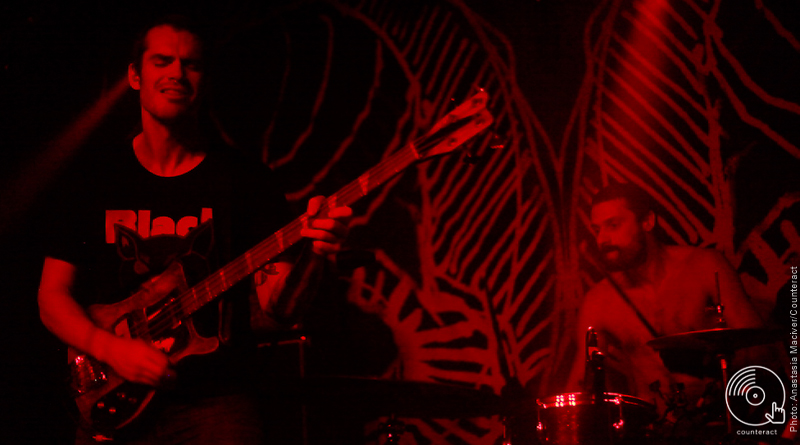 All the way from Austin, Texas, husband and wife duo, The Ghost Wolves, took to the stage embarking on their debut Birmingham performance. The animalistic twosome, consisting of Carley on guitar/vocals and Jonny on drums, tore through a feral set of wild rock stompers from their 2017 album, Texa$ Platinum. Carley’s trademark high-pitch vocal is contrasted by the heaviest of down tuned riffs and drumbeats, and the dialogue with the crowd is a constant source of provocation. With aspects of Melvins-esque sludge, punk attitude and a pinch of glam sleaze, these two have easily mastered the art of their ferociously flavoured ”stomp ‘n’ roll”. 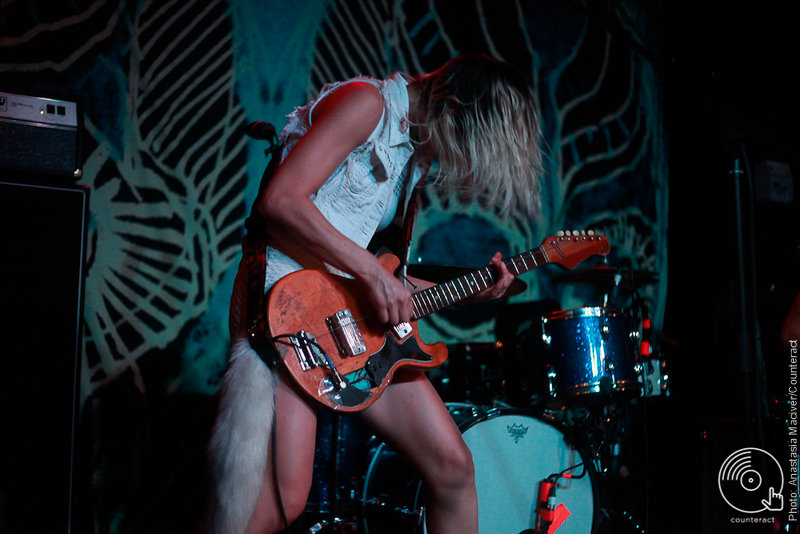 Nashville’s heavy and hypnotic four piece All Them Witches graced the dimly lit stage to begin the first performance of their UK tour. Following the release of their fourth studio album, Sleeping Through The War, via New West Records, the band have proven themselves to be experts of shifting between the waves of tranquil and torrential with their blues grooved, psyched up jams.  With riffs born from desert rock, multi-layered refrains, hypnotic keys and loops, All Them Witches have blended the essence of psychedelia with the bare bones of the blues and surpassed numerous other bands attempting to do the same by creating a sound that is original, bold and intoxicating. 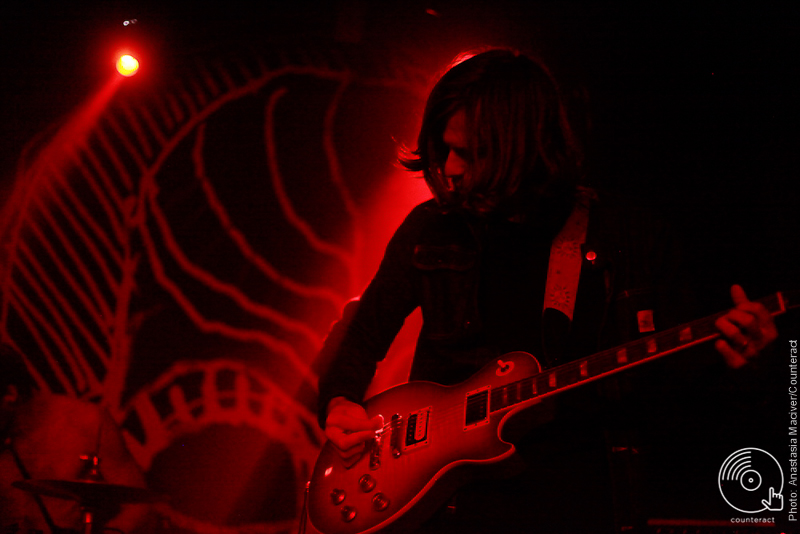 The band have matured lyrically and stepped out of their comfort zone with their latest album, taking a confident tongue-in-cheek poke at modern day America and appear composed and relaxed in their stage presence thanks to the experience of seemingly endless touring. Following a blistering opener of ‘When God Comes Back’ from 2013’s Lightning At The Door, the rhythm slows down a notch with ‘3-5-7’ and its awareness of the force-fed untruths of society;  the significance of which is powerfully emphasized through Charles Michael Parks Jr’s deliberate chorus heavy vocal intensity. We are then taken back to where it all started with the gentle build up of ‘Elk.Blood.Heart’; the brooding blues masterpiece from their debut album, 2012’s Our Mother Electricity. An expected follow up would be, ‘The Marriage Of Coyote Woman’ although as this band find ”no art in being predictable” they proceed to the unraveling melody of ‘Charles William’, driving the rhythm back and forth between heavy tones and low dynamic riffs.

The tranquil and intimate quality of All Them Witches is evidenced to perfection with the delicate opening notes of ‘Talisman’, for which the audience remained respectively silent throughout. The band then woke from their trance, acknowledged the crowd and cranked up the tension once again with the whisper-to-a-scream torrent of ‘Bulls’ and entered an exhilarating sonic barrage with an extended version of ‘Alabaster’. Ending the evening with an encore of ‘Swallowed By The Sea’, the band gradually infused their eerie Delta swamp tale into the venue which climatically evolved into the heaviest riff-led progression of the evening. An accomplishment which ensured that the room continued to rumble after the crowd had cleared. 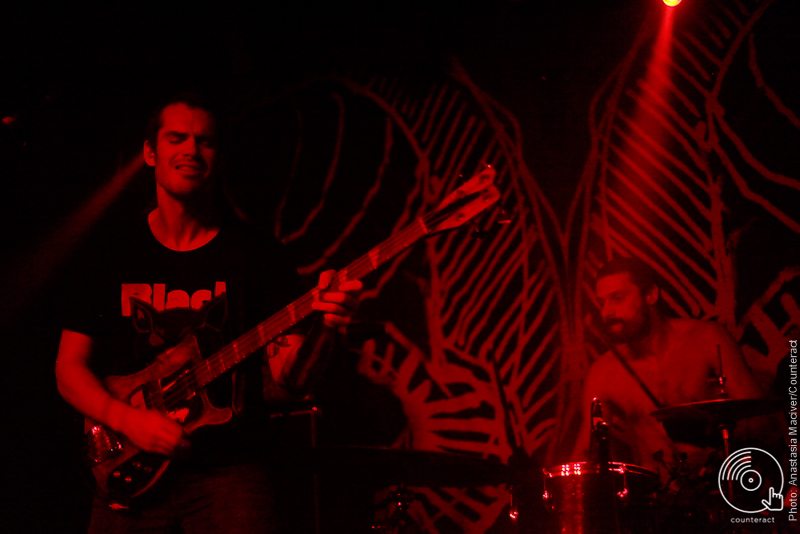 With four studio albums along with live releases in their musical catalogue, All Them Witches have both the material and the skillful ability to entrance their audience with a varied and unpredictable set. Lyrically, they make a statement and musically, they comfortably bridge the divide between psychedelia, rock and blues. The result is a spellbinding live performance that meanders through hypnotic jam sessions, focused songwriting, haunting  melodies, and expresses an array of influences with ease, refinement and bewitching originality.