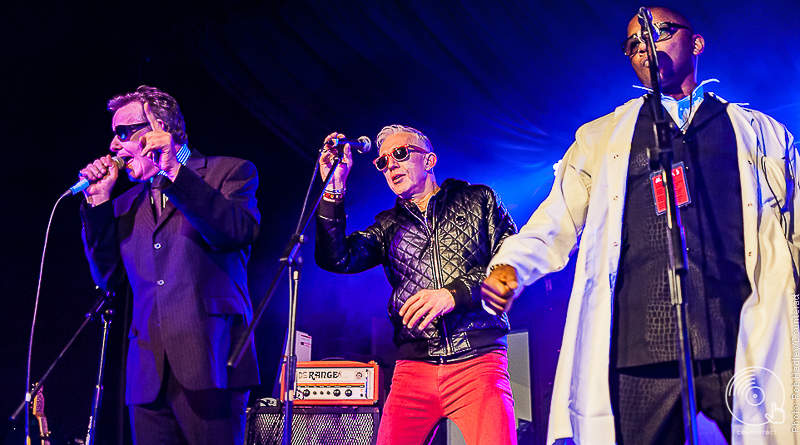 This evening at the O2 Academy is opened by support act City Lightz, a five piece band from Wolverhampton oozing Black Country charm, fronted by the shyly enigmatic Matthew Barnett. A funky outfit armed with several flavours including rap, punk and a fizzy soulness, they performed best when they recalled the Beastie Boys, or nineties festival legends Senser, blitzing through the stark hardcore of ‘Piggies’. Anther standout was ‘Haven’t you Had Enough?’ A more restrained effort which served as a perfect riposte for some over enthusiastic heckling. 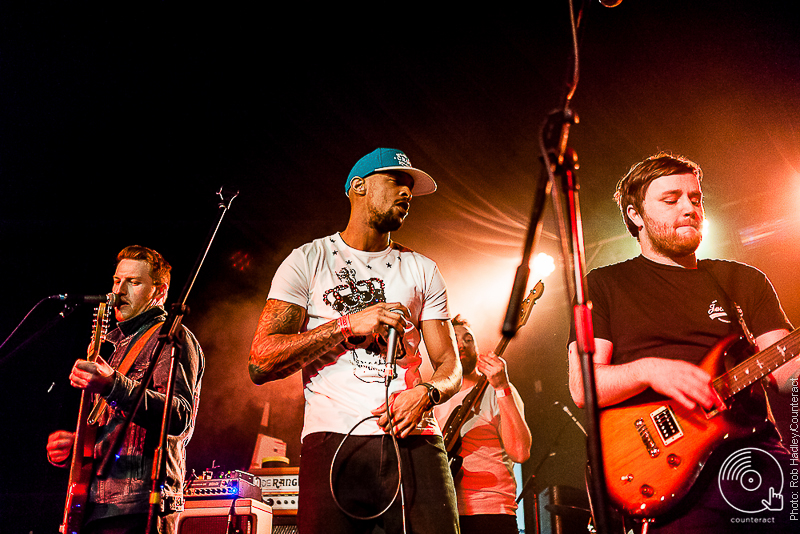 There is a marked schizophrenic mysticism to seeing Alabama 3 live. Other bands shuffle on stage, plough through their set and depart. These boys (geezers really), all nine of them, hold court in the church of rhythm and preach 21st century blues, country and gospel, laced with electro kool-aid beats, to an enraptured congregation that yearns to be saved. And saved they are.

Founding member Larry Love (Rob Spragg), of the band formerly known as the First Presleyterian Church of Elvis the Divine, is shuffled on stage in a wheelchair, as strobing effects blind, beats drop and musicians in white lab coats take position, all as the sinister voice of The Reverend Jim Jones drips from the PA. This isn’t a gig, this is an experience. The Very Reverend Dr. D. Wayne Love (other founding member Jake Black) takes the stage and exhorts the crippled Larry to walk; sounding, and looking, like a Southern bible belt snake oil salesman. It’s a miracle: Larry rises and doesn’t stop moving till the show is over. 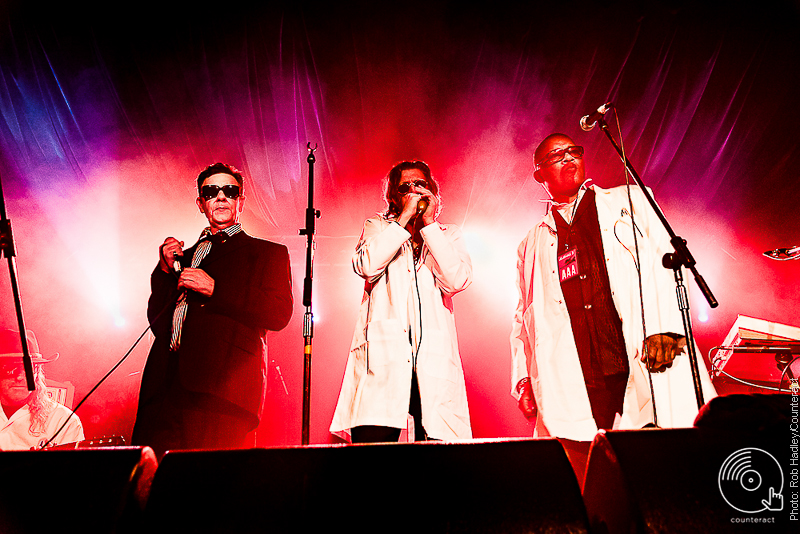 The band possess a killer back catalogue,t of which the sublime ‘Woke Up This Morning’ (famously used as the theme for TV gangster soap opera The Sopranos) is the most recognisable, and indeed gets the biggest cheer. It’s deliriously laconic beat and off kilter lyrics simmering with violence are as seductive as ever, and Larry substitutes much of the song with references to Birmingham, which is a nice touch. References to Birmingham Alabama abound as well; a homecoming gig of sorts for the London band oft assumed to be from the US. 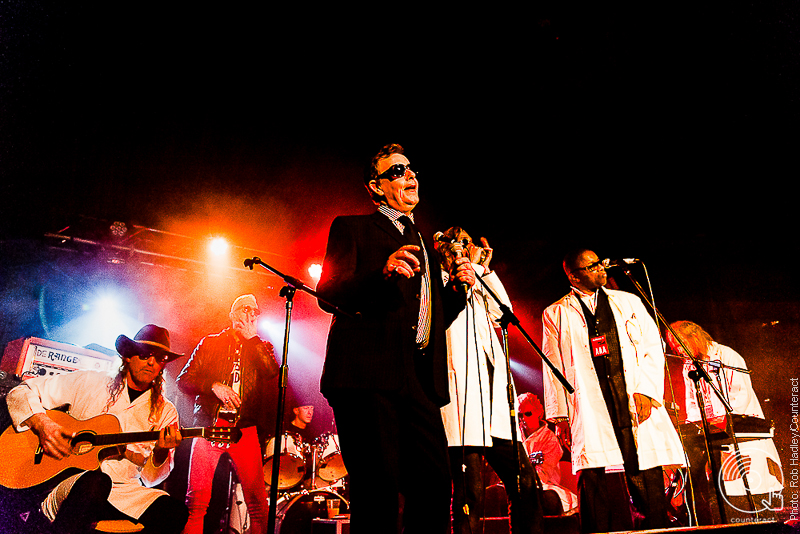 Other highlights include the rousing acid-tinged country noise of ‘Hello I’m Johnny Cash’, the punk fuelled blues monster ‘Rattlesnake Woman’ and the thigh slapping genius of ‘U Don’t Dans 2 Tekno Anymore’. The best song of the night is ‘Hypo Full of Love (The 12-Step Plan)’ from classic debut album Exile on Coldharbour Lane. An elongated disco-edged country riot through the seductive and hypnotic teachings of The Reverend Dr. D. Wayne Love, the band adopt a curious dancing symmetry throughout that is impossible not to ape. We have seen the light. “Step 5. Having divined I am the real thing, get down on your knees.” Hallelujah. 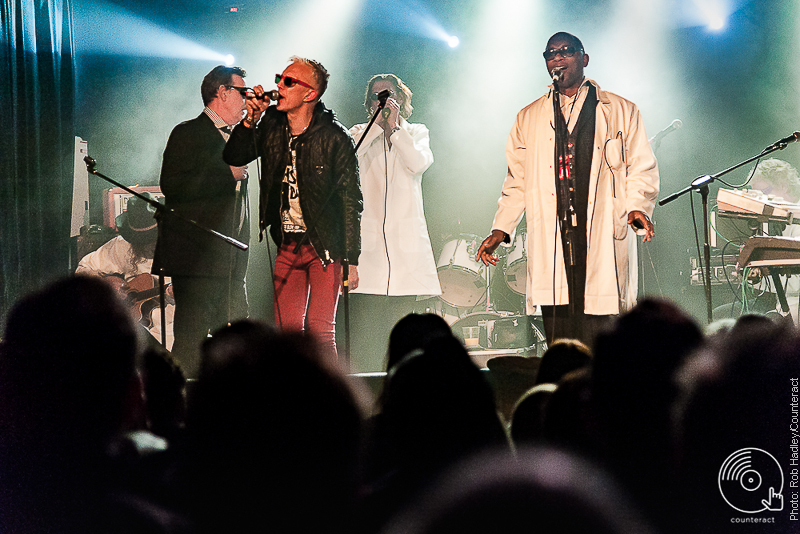 This all made for an incredible gig which also featured some particularly creative banter, invariably from the languidly mischievous lips of Reverend Wayne, the best being a stream of consciousness patter that culminated in the glorious mental image of a television being inserted up the Reverend Ian Paisley’s arse. U2 got a healthy verbal kicking too which is always good. As Wayne himself admitted, “Don’t take it seriously, it’s just filling up the gap between songs.” Alabama 3 are one of the most unique live experiences there are, and if you get the chance, join the congregation and become converted. You need this kind of religious ecstasy in your lives.