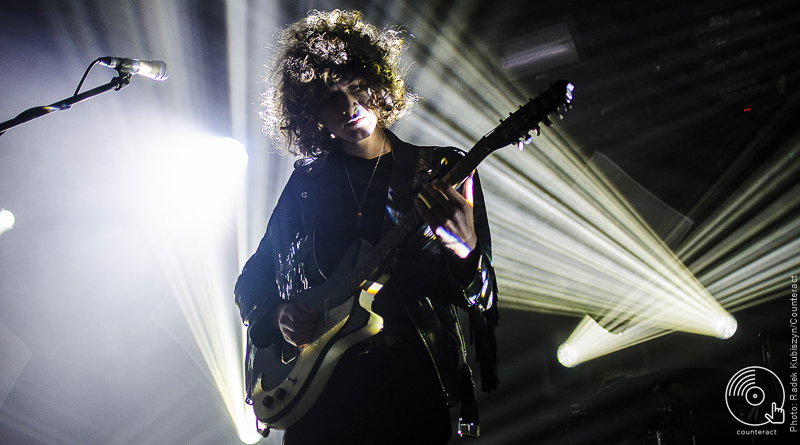 The O2 Institute was sold out on Sunday 2nd April as psychedelic revivalists, Temples, returned to the city in support of their latest album.

Support came in the form of the London five piece, Creatures, who took to the stage brandishing their laid back 60s vibes, mop top haircuts and cravat wearing flamboyance, in keeping with their collective persona as the Clapton Cowboys. With whirling synths, lively guitar lines and vocals confidently reaching the heights of the venue, Creatures played a 7 song set encapsulating the nostalgia of The Seeds with the free-spirited attitude of Californian beach dwellers, The Growlers, to a cheering crowd. 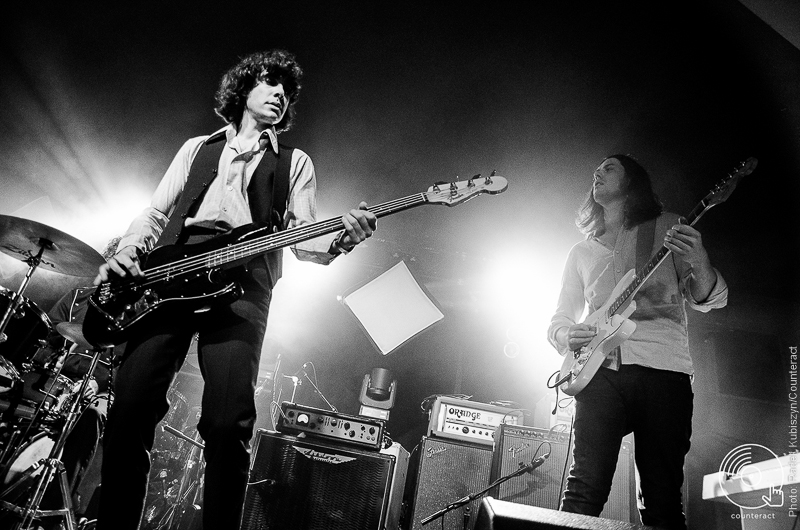 Kettering quartet, Temples, graced the stage among a mirage of lasers, smoke and strobes around 9pm. With vocalist James Bagshaw’s silhouette bearing an uncanny resemblance to the late Marc Bolan, the band powered straight into ‘All Join In’, the second track from their latest Heavenly Recordings release, Volcano. This album steers the band away from their Sun Structures roots of Sgt Pepper style psychedelia mixed with the glam of T-Rex and jangle-pop of The Byrds. Instead, Volcano evidences a band on a path of technical progression via the coupling of rock music and technology with synthetic and analogue sounds laced throughout, along with sporadic space age rhythms and depth. If Sun Restructured (the ‘re-animation’ of their debut album in collaboration with London’s sonic duo, Beyond The Wizards Sleeve) is taken into consideration, it is perhaps obvious that Temples had always intended to take an extensive electronic approach to the music for their second album. 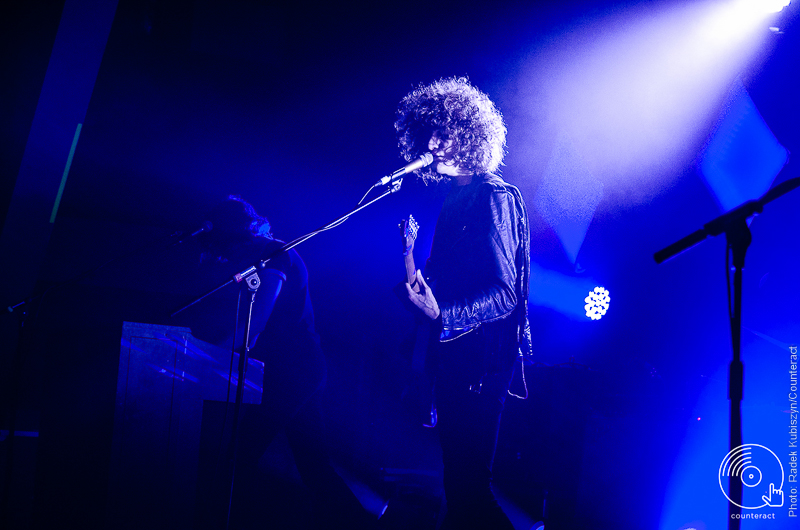 Backed by an elaborate and impressive light show that was both vintage kaleidoscopic and futuristic in equal measure, the band managed to showcase the majority of their new tracks whilst throwing in a few festival-friendly favourites from their 2014 debut release to keep the audience gripped. After announcing that they were ”glad to be back playing the tour veune that is most local to their home town” the familiar exotic chimes of ‘Sun Structures’ rang through the venue to a swaying and euphoric crowd. Followed up by the first single from Volcano, ‘Certainty’, the guitar-drum-bass foundations of their dreamy, neo-psychedelia were still a solid part of their performance, although the switch between analogue and synth was evident. The blending of the Moog bass with the guitars and the intricately layered chorus worked to create the ”playful and harmonious”, ”eerie” sound ”with a dark twist” that James Bagshaw was hoping to achieve and the crowd thoroughly embraced this distinctive transition. 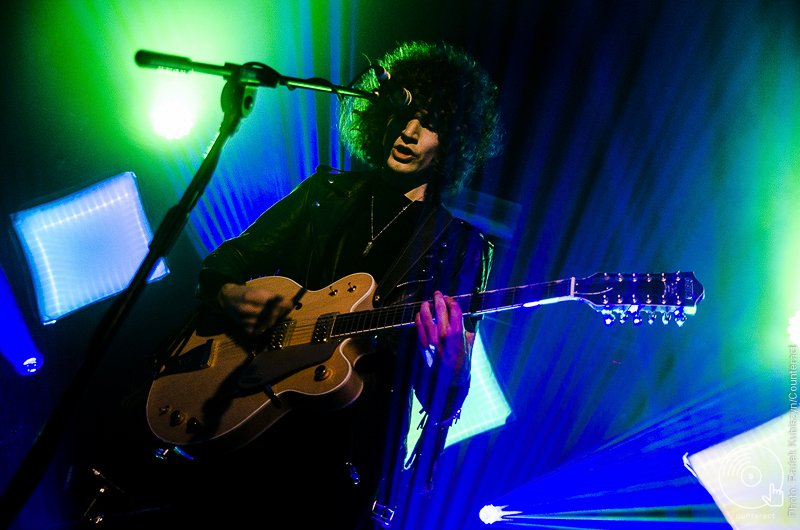 The band’s main set consisted of 13 songs, including an extended version of ‘Move With The Season’ which ended on a wild surge of winding guitar riffs, heavy drum beats and long drawn out synth resonance, proving significantly more rapturous than the effervescent haze of the studio recording. This theme continued when the band returned for a 2 song encore of ‘A Question Isn’t Answered’ and a colossal, extended working of ‘Shelter Song’, ensuring that the audience left on a high. Overall, Temples’ performance proved a success in bringing the essence of the 60s sound into the present day and whilst they still retain the sparks of such influences at their core, they also manage to avoid the temptation of simply re-creating a musical era of the past. They are a band that are using their experimental ideas and the music technology available to expand their sound and meander into new directions, ultimately, it will be interesting to see where this journey takes them as and when they are ready to produce a third offering.