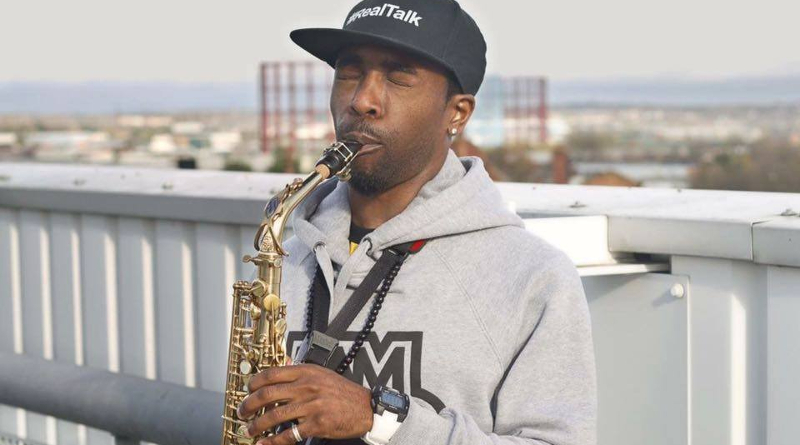 Birmingham’s great. It really does have something for everyone, especially in terms of music. Whether you’re having your ears decommissioned at the Sunflower Lounge, dancing to Salsa at the Jam House or getting liquidated at The Drum, you’ll find something to cater for every taste.

Not too long ago, Birmingham’s premiere jazz dive The Yardbird closed its doors for the last time. It felt like a nail in the coffin for Birmingham’s jazz scene. Where else could you sit on a Wednesday night around candle-lit tables, listening to smooth horns and vaulting melodies, played by some of the world’s finest technicians and more often than not…for free?

A lot of people were sad to see the venue go, it was and still is a real shame, but on Wednesday this week (November 25th) a new underground jazz hovel emerged for one night only, and in quite unlikely surroundings…

One of Birmingham’s first independent cocktail joints, the Island Bar, played host to an impromptu show upstairs in it’s now infamous Tiki Bar. Through the familiar haze of women in lays and grass skirts, a stage set up had materialised, as the busy room was entertained for near enough 3 hours of turntablism, spoken word, hip hop and, most importantly, jazz, man.

The event had been curated for Leicester-native alto sax player Marcus Joseph to launch his new EP Real Talk, and he’d made the trip to Brum armed with his weapon of choice, and an ever revolving cast of characters to warm up the crowd. As intrigued punters filtered up into the bar, DJ Psykhomantus took to the decks to spin and scratch his way through a truly eclectic mix of music.

Through smooth jazz, to hip hop to disco, Psykhomantus commands the attention of the room even when he’s only playing background tunes. He goes on to compere the evening’s proceedings and provide the canvas upon which the various warm up acts throw their words.

The first act of the evening comes in the form of UG, a spoken word poet and rapper. UG takes to the stage, seeming almost apologetic that he plans on opening with some poetry. It was fantastic. Forcing his naked words into the room without the crutch of music took some serious balls anyway, but it’s refreshing to see it being backed up with truly informed structure and rhyme. Whilst a mainstay of hip hop has always seemed to come from a ‘started out with nothing now we’re here’ kind of place, UG’s performance consists more of his musings on everyday life, and of his peers. “Saying you’re Rick Ross when you live near a chip shop” being one such reflection.

Next to test the room’s concentration is Birmingham native, but American-raised MadFlow. He orders DJ Psykhomantus to cue up “anything…”, as he proceeds to completely Freestyle his entire set. The words fall from his mouth with ease, as he rhymes his way through comments about the strangers stood before him, what they’re wearing, who they’re with…at one point he even freestyles at the bartender to fix him a glass of water. And he did it!

The penultimate act of the evening goes under the moniker of Miss Fire. She is a young vocalist, who is joined by an acoustic guitarist to wade through 15 minutes of absolutely breath-taking original material, more melodic than what we’ve become accustom to this evening, but whetting the appetites of the crowd for the main event perfectly.

As 3 supporting musicians appear behind their instruments, the man of the hour takes to the stage, proudly sporting a pendant depicting the African continent and a baseball jersey. The next 30 minutes consists of textbook smooth jazz. Joseph’s style seems to have an almost intentional tip of the hat to some of John Coltrane’s more accessible work, right up until he orders his band to “just play anything”. For a minute or so, we are treated to more of a ‘Bitches Brew’ style arrangement, complimented by some dark and psychedelic spoken word from the mind of the composer.

The set is a revelation. The crowd have had enough in the way of cocktails for even the most removed people to be captivated, and occasionally in between songs you can’t help but look around to remind yourself that you’re not in a jazz club. As the evening draws to a close, the band are met with a deserved ovation and an audience whom for the most part, came out tonight not knowing they were going to be an audience.

Event Organizer, Harry Bozman of Adorn Promotions told us that whilst he was a little stressed in the build up to the radical concept, he was more than happy with the product by the end of the event. “It’s gone well enough that I think we may look into doing more of these…” he said as Marcus walked off stage to meet the crowd and sell CDs. To anybody who was there, this is good news. Watch this space. Island Bar may have just plugged the hole in Birmingham’s jazz boat, and there could be exciting things to come…