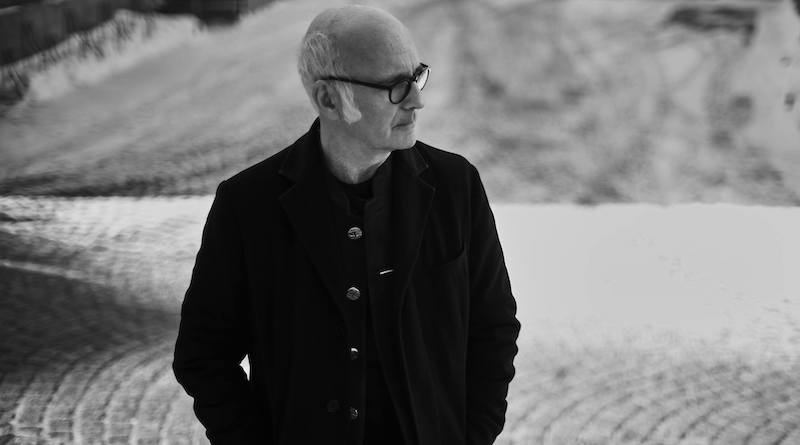 The Symphony Hall is undoubtedly one of Birmingham’s most prestigious venues, hosting a range of extraordinary events from orchestral performances to graduation ceremonies. Saturday 12th October marked a special date on the calendar, as this was the evening that Ludovico Einaudi once again provided his Birmingham fans with a stunning show.

As the lights dimmed and the excited chatter of the audience died down, Einaudi took the stage alongside violinist/violist Federico Mecozzi and cellist Redi Hasa and sat at his grand piano, ready to entrance the audience with his captivating compositions. Spotlights surrounded the trio and lit the stage and as the musicians readied themselves, the room fell silent. The performance began gently with delicate pieces of piano which were gradually joined by harmonies that crept into the song from the stringed duo. The songs flowed from one into the next without so much as an acknowledgement, and the only hints were subtle tempo changes along with fluctuating dynamics. It soon became evident that there would be no talking from any of the musicians on stage and the audience would be left to simply listen to the sounds with no interruptions. The listenability of the melodies was enhanced with background imagery projected onto a screen behind the trio. A collage of lines and shapes decorated the front of the hall and did a beautifully discrete job of forcing the viewer to use their imagination to lose themselves in the performance.

Einaudi had absolutely no problem losing himself in his performance, as his passion for performing flowed from his fingertips through the piano and into the atmosphere. As the pianist’s fingers danced up and down the keys it was possible to hear the thud of the hammers and strings working their magic. The trio managed to make the performance look effortless, all while the melodies spilled out of their instruments and into the ears of the adoring audience. Despite the fact a lot of the pieces on the bill included snippets that were somewhat repetitive, this allowed the pieces to build in tension and ensured every member of the crowd was kept transfixed, waiting for what was next.

One of the most impressive surprises of the night was the fact there wasn’t a single piece of sheet music in site. The musicians managed to perform for 90 minutes straight without so much as a setlist, yet alone notation to remind them which notes to play. This must have undoubtedly been difficult when considering their first segment contained songs solely from the Seven Days Walking EPs, which due to their nature contain a large amount of similarly styled songs (with a number of the songs being branded as Variations, including Campfire, Low Mist and Cold Wind). Even when Einaudi returned for a solo 30-minute set after the Seven Days Walking segment, there was still not a piece of paper in sight. The solo set differed from the first as it allowed Einaudi to take the spotlight and perform more intense compositions, such as the much loved ‘Nuvole Bianche’, before being joined on stage one last time by Mecozzi and Hasa.

Einaudi is so much more than a musician; he’s a composer, a storyteller, but most of all he’s human. He manages to make the audience feel so many types of emotion throughout his performance that can only be enhanced with the appearance of his talented fellow musicians.