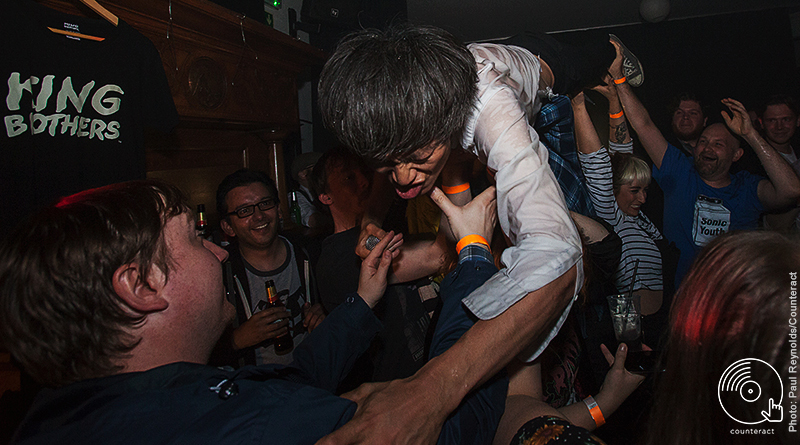 Local garage-rockers The Mighty Young have had to pull out of the show due to illness, so punters at the Hare & Hounds tonight are treated to an extended DJ set from Priscilla B, local artist and Cherry Pickles guitarist. She spins a selection of alt-rock classics and local favourites, before fading down ‘Monkey Gone to Heaven’ as Black Mekon take the stage. The room’s packed out for them, and they launch into live staple ‘You Are My C*nt’ with relish.

It’s clear from the offset that Black Mekon have achieved a legendary local status. They make a point of wishing a happy birthday to David, one of the cities most dedicated gig-goers, a happy birthday, instructing the crowd to, “buy him lots of whiskey, he never misses a fucking gig.” 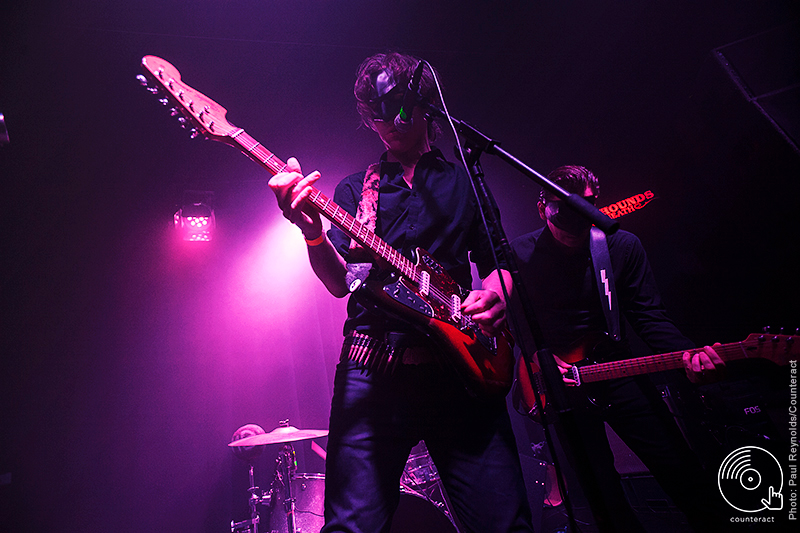 There’s a smokey, swampy atmosphere tonight. The Mekons’ trademark masks are silhoutted against the hazy lights as they blast through fan favourites ‘Backseat Bebe’ and ‘Don’t Waste My Time’. Both are dedicated to ‘Mrs Mekon’ Priscilla B, who shouts back with glee from behind the DJ desk. From the sleazy groove of 2018’s ‘Natural Disaster’ to a acidic interpretation of Happy Mondays’ ‘Wrote For Luck’, the band have the room hanging off their every word. 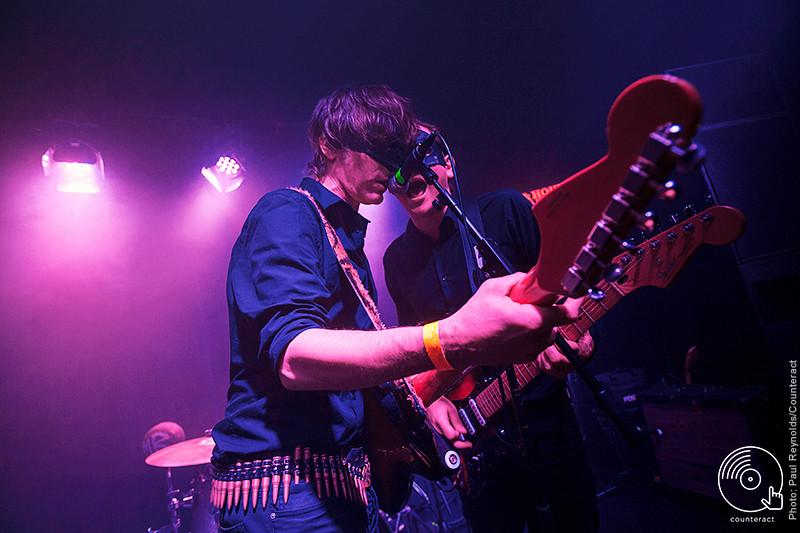 “Who’s seen King Brothers before?” asks one of the Mekons, who is met with a smattering of cheers from the audience. “Those who didn’t just scream, you’re in for the night of your fuckin’ life…”

When King Brothers appear, the crowd surges forward eagerly. Continuing the theme of masks on stage tonight, drummer Zony appears as Jason Vorhees. A circle at the front begins bopping along to the percussive strumming of their double-guitar attack. The three-piece are suited and booted, looking like an old rock and roll trio but sounding like a guitar in a blender. Vocalist Keizo Matsuo spills over the monitors and into the crowd, backed by noisy chromatic riffs. A reassuringly cold beer is spilled over the front few rows as guitarist Marya Koyama lurches forwards to shout, “Birmingham! We are King Brothers, from Japan!” before flinging the mic to the ground to launch into another crushing riff. Their mixture of slick, bourbon soaked blues with hardcore-punk breakdowns works the room into a frenzy. The band reciprocate, with Koyama abandoning the stage to plant a kiss on the lips of one of the men in the front row. 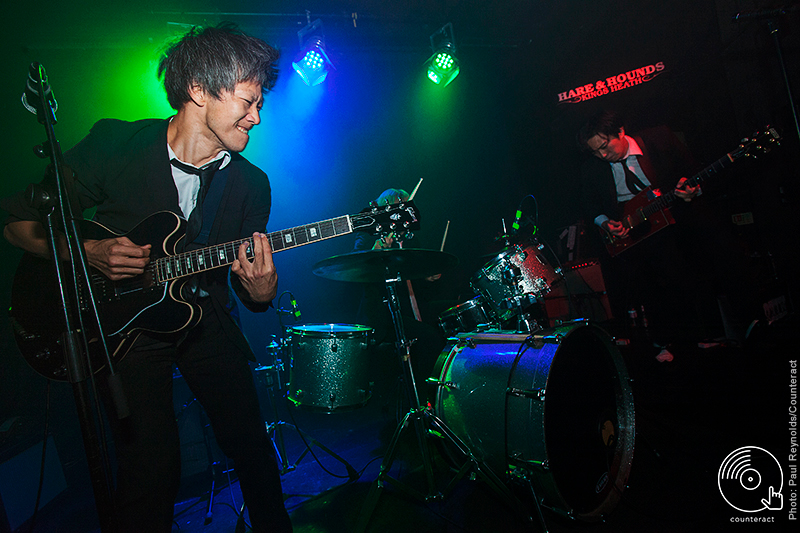 Before performing ‘Wasteland’, the lead single of their 2018 LP of the same name, Matsuo has a request to make of the crowd: 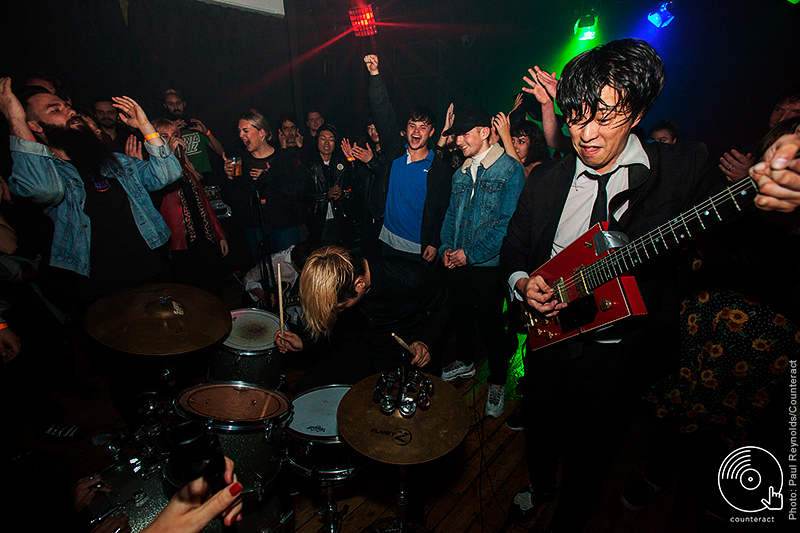 “Crazy dancing or die. Ok? Or get out please. Last song.” 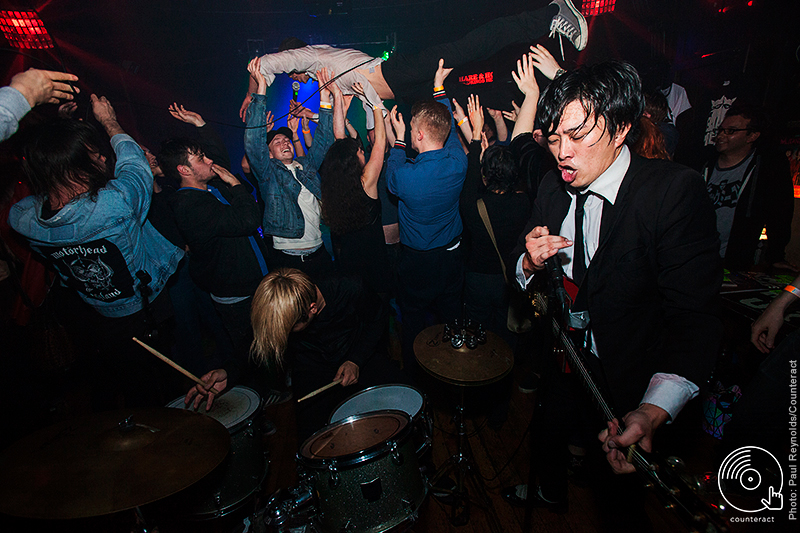 This is what Matsuo tells the Hare & Hounds crowd – however, fifteen minutes later, and Koyama is still crowdsurfing in circles around the venue. He has chastised the Birmingham audience at times for being too slow, but in their defence he is at this point slippery with sweat. As the evening draws to a close, Priscilla has got her hands on one of the microphones and is delivering some hoarse but powerful backing vocals. 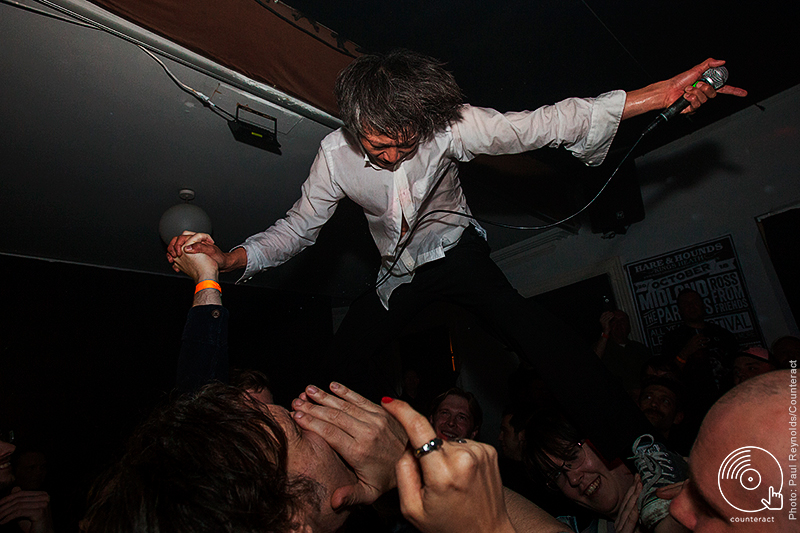 King Brothers have delivered a night of blues-rock carnage, the likes of which Birmingham doesn’t see often. As the curfew hits, the crowd files out to the sounds of reverb bouncing around the room; Priscilla is helping Matsuo down off the shoulders of one of the Mekons, and has neglected her DJ duties. It seems fitting, though – there’s not much that could follow that.