In the last 30 odd years Norman Cook has seen meteoric success, starting out as the bassist in Hull based indie band The Housemartins to adopting the “goofy and ironic” pseudonym Fatboy Slim and becoming the pioneering DJ of the Brighton Big Beat scene in the noughties. From bringing the city to a complete standstill with his legendary 2002 Big Beat Boutique II set on the beach to number one selling albums and singles, he remains a top name on any billing. But despite this fame and fortune, the DJ making his way through the packed out crowd to the podium in the round at Arena Birmingham tonight, wearing one of his trademark Hawaiian shirts, looks every part of the crowd. 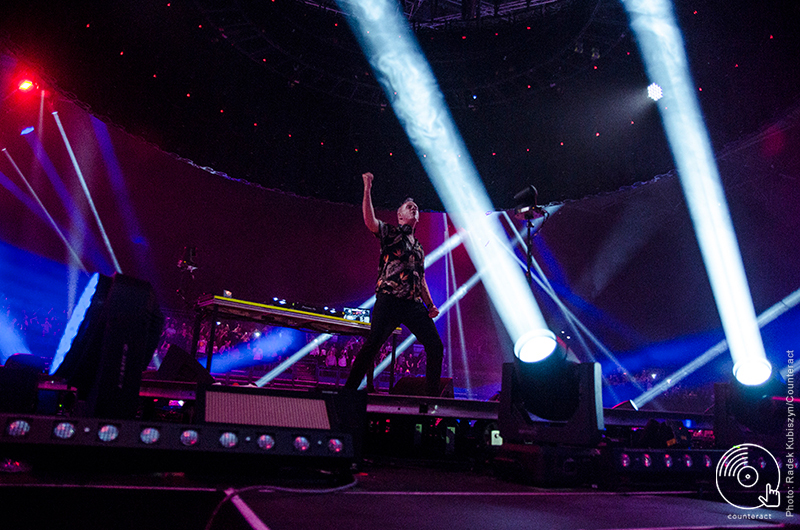 The hallowed role of the DJ can take on a Godlike status, the person responsible for bringing revellers to peaks of euphoria and laying out a beautiful musical journey of escape from the humdrum 9-5, can be the focus of much gratitude and praise, elevating them to a higher plane. But with Fatboy Slim there is a complete sense that he is with you every step or blissed out bounce of the way. The banging ‘Eat Sleep Rave Repeat’ sets out his hedonistic mantra as cameras film the crowd and project them onto a huge cylindrical 360 degree LCD screen above him, interspersed with the DJ mouthing lyrics with his hands in the air or fingers on the buttons. 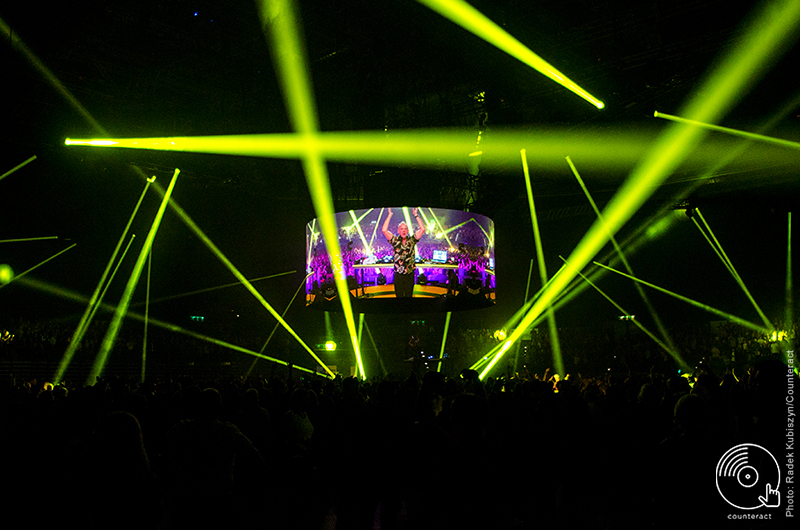 ‘Losing It’ frenzies build ups that drop into Close Encounters style sc-fi horns mixing into the scorching samba vibes of ‘Magalhena’ with showering confetti bringing the carnival. A sample of ‘Bohemian Rhapsody’, causes an instant cheer as the DJ starts to rotate around the stage. Flares fire off and a morphing montage of legendary faces: Syd James, Mr Nice, Keith Richards, Bill Hicks, Burt Reynolds and Prince to name but a few form during ‘Disorder’. As Arethra Franklin’s face appears on screen “I Say A Little Prayer” cuts angelically across the venue in one of the show’s many highlights. 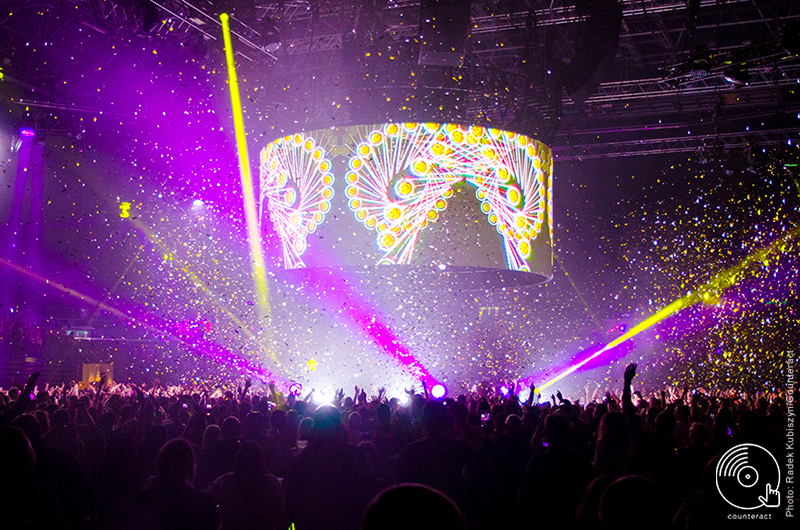 The DJ then dons a voodoo style mask as he launches into yet another electro banger that corkscrews into your brain and pulverises your grey matter. Amongst the twisted electro familiar tracks make welcome appearances: Deelite’s ‘Groove Is In The Heart’ and Daft Punk’s ‘One More Time’ are met with surges of appreciation and pleasure. The crowd is mixed though the majority are fortysomething ex-ravers reliving a night of mortgageless abandon supplied by the towel swinging, horn-blowing fiftysomething raver. 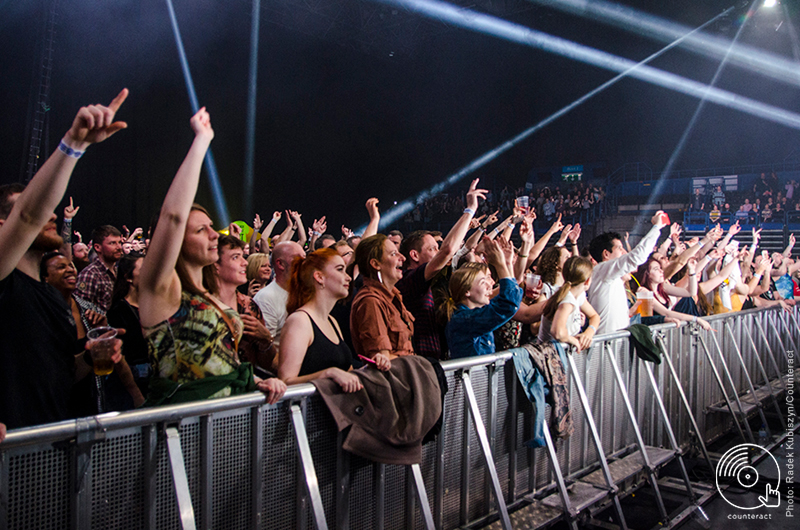 “Praise You” signals the wind down to the end of the show as the cartoonish “Norm-Audio-Level” flickers feverishly to the mashup of ‘The Rockafeller Skank” and the Rolling Stones’ ‘I Can’t Get No (Satisfaction)’. In the modern world of superstar DJs putting on slick productions in enormadomes and commanding titanic wages there isn’t much call for “fun”. But that’s exactly what you get from a Fatboy Slim show, a feel good sense of the bedroom DJ made good, still playing tracks that bring the party and being the perfect host.