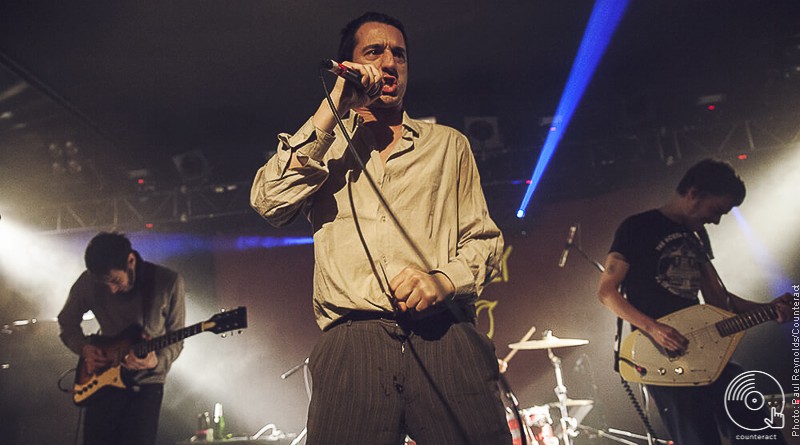 Straight off the bat, not one person in this room can hear a single word of what Lias Saudi is bawling into his microphone. Maybe that’s because he’s bawling, or maybe that’s because  he keeps getting it confused with his beer bottle. This isn’t a reflection of the band, nor their sound engineer…they want it to sound like this. You’re supposed to enjoy the intimidation hidden in these spacey echoes, and tonight, this crowd is. At the box office, a drunk, lippy teenager parlays with security to let him in, and he grimaces with arrogance when they finally do. Looks like we’re in the right venue. 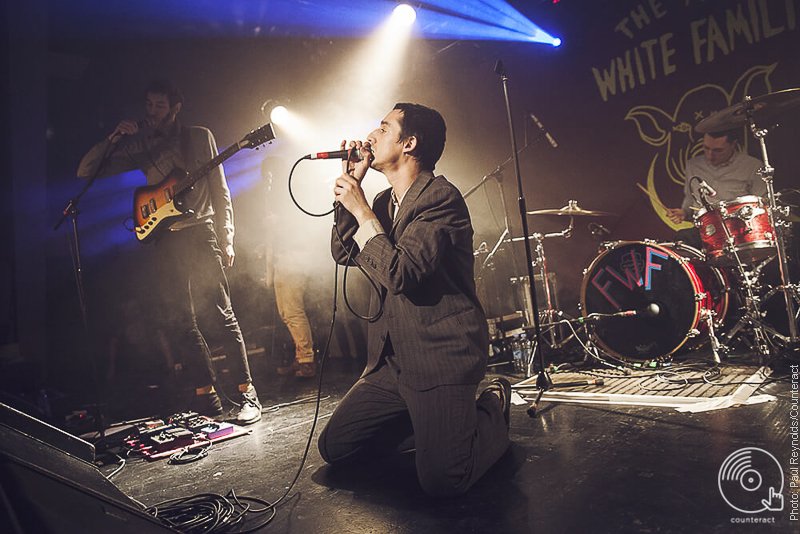 You can just about make out what song is being played by listening to the front few rows, and as Fat White Family open up with latest offering ‘Whitest Boy on the Beach’, it’s clear that this band have taken leaps in a new direction both on tape, and on tour.

Even though the newly named O2 Institute is rammed from wall to wall, the queue at the bar is tiny. This is because everyone (both on and off stage) is already wasted, and as the drunks bounce around, the pissed teenager from the box office is the first of many to be crowd surfed straight out of the door. 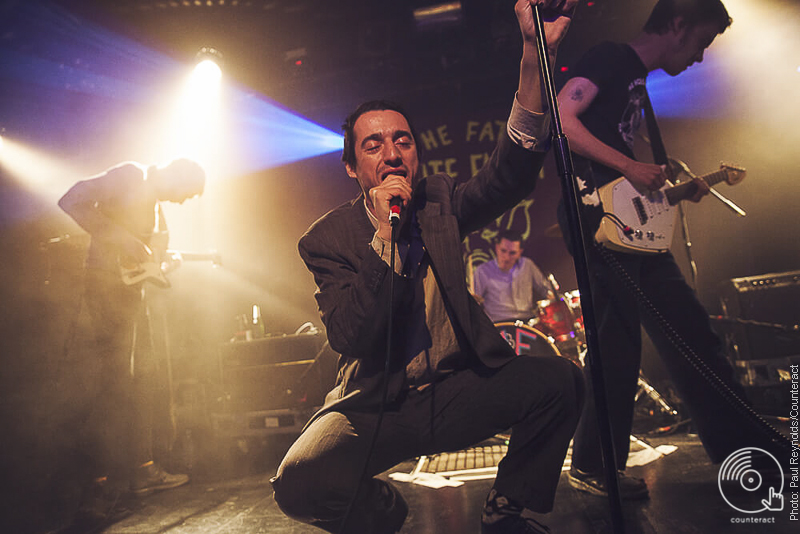 Lias Saoudi dances like Ian Curtis and sounds like Mark E Smith. He’s probably the most Mancunian man in Birmingham tonight, despite not being from anywhere near there, and as he quickly becomes shirtless and dives into the crowd, a confused bouncer mistakes him for a punter and tries to eject him from the venue. 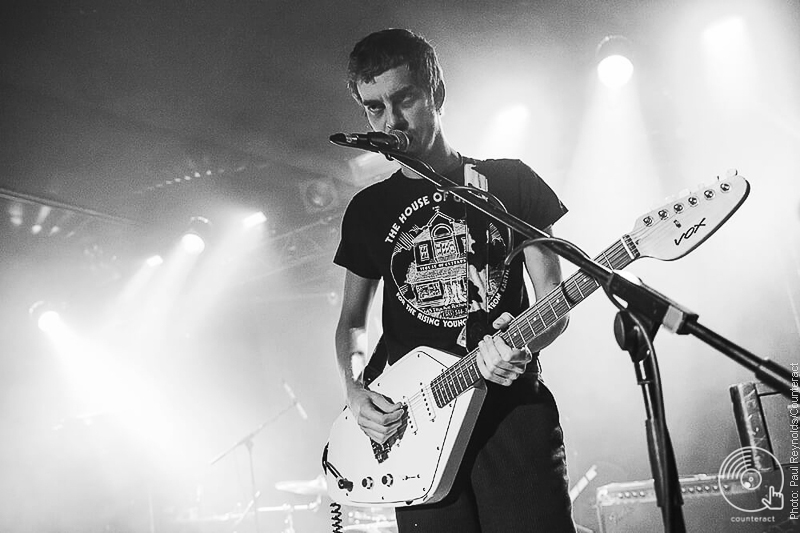 ‘Touch the Leather’ and ‘I am Mark E Smith’ really puts some fire in this show’s belly. By the time the band are wheeling out the singles from the first record, you can feel the floorboards creaking under the massive pressure of the bouncing freaks that call themselves Fat White Family fans. Looking around the room, though, its obvious that there’s no such thing. There are steam punks, kids, goths, men in suits…and they are 500 square pegs in 500 round holes. There’s an uncomfortable but strangely united scent in the air, and you get the impression that’s just how the band want you to feel. 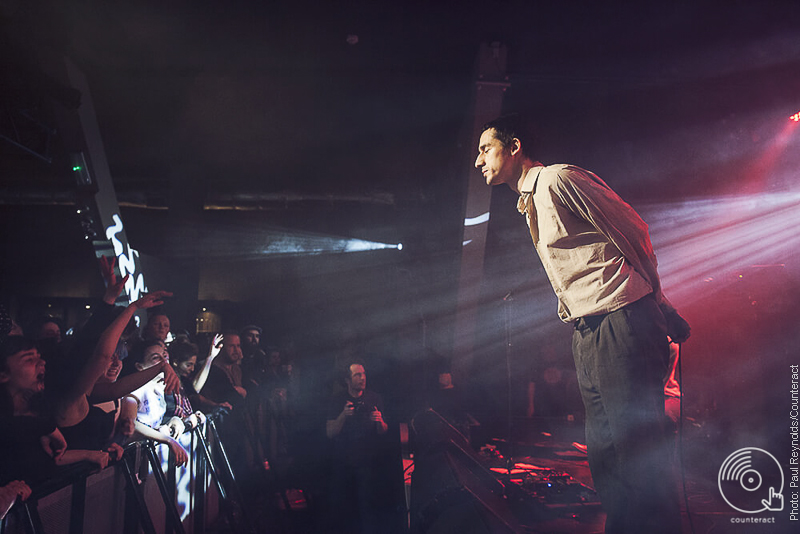 On stage there is chaos. Each member of the band has his own way of snarling attitude into the room, and after an hour they leave the stage with not even the slightest suggestion of an encore. Birmingham is another notch on their post punk belt, and as we head to the nearest open bar, the Fat White circus rolls on to Nottingham to scare another unsuspecting crop of misfits.