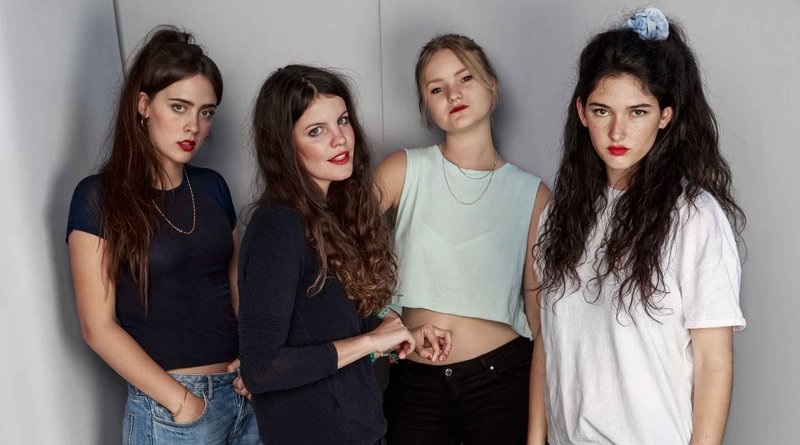 Hinds are a band with the world at their feet – selling out their first major headline tour of the UK must even surprise them. All this from a band that have only just released their debut, Leave Me Alone, back at the start of January.

Support comes from NYC band Public Access T.V. The quartet bring that special mix of garage-rock you only get from friends across the pond. A charismatic set ensues. ‘In Love and Alone’ harks back to The Strokes at their catchiest. Whilst new single ‘On Location’ sees the crowd truly won over. With a debut album tipped for this year Public Access T.V. are ones to watch.

There’s a camaraderie plain to see on this tour with all four members of Hinds cheering on from the front. A nice touch and one, sadly, you don’t often see from headline acts.

What is evident throughout PATV’s short set is their song-writing ability. Each song is an earworm that you never want to leave. Public Access T.V. made the greatest of impressions and one can only hope they return soon.

The room is full to breaking point by the time Hinds take to the stage. They have developed quite a following since their formation in 2014.

Showcasing their full length in all its glory not a single person isn’t singing and dancing along. Hinds energy is contagious and the songs come to life on stage. ‘Warning With The Curling’ is a mesmerising opener complete with added kazoo. During a brief pause in between songs and to the adoration of the crowd, Carlotta explains how overwhelmed they are with the support they have received.

‘Bamboo’, ‘San Diego’ and ‘Garden’ are the power trio which keep on giving but ‘Warts’ is the highlight with the biggest singalong of the night. Ending with somewhat a tradition at Hinds shows, ‘Castigadas En El Granero’ welcomes stage invaders onto the stage. It’s ramshackle, it’s honest and it’s beautiful.

Hinds make you want to start a band and take on the world. If the UK leg of their world tour is anything to go by the love affair has only just begun.