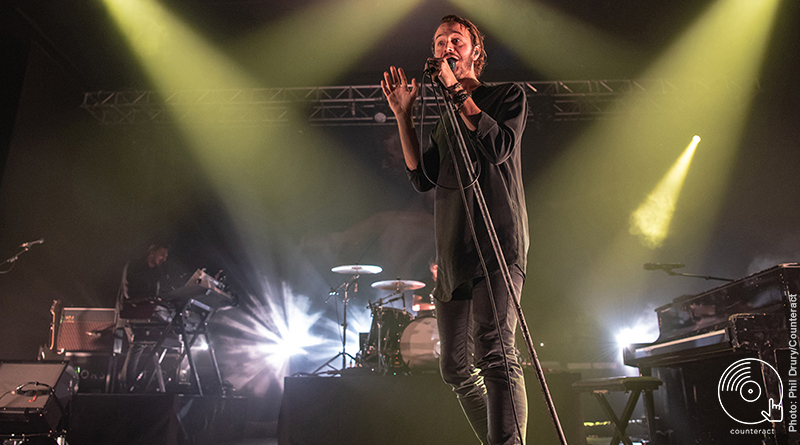 Touring for their sixth album Violence, Editors took to the stage on Friday 19th October to treat a sold out O2 Academy Birmingham to a collection of singles from across their now-extensive back catalogue.

Support came from Talos: an act masterminded by Irish architect Eoin French, whose ebut album Wild Alee came out in 2017. Singles like ‘Odyssey’ and ‘This Is Us Colliding’ have racked up millions of plays across streaming platforms, and while their material is deeply based in electronic music, their live performance is hugely organic. Slow synthy builds with gentle plucked strings that eventually swell and erupt into huge bursts of rhythm and melody. 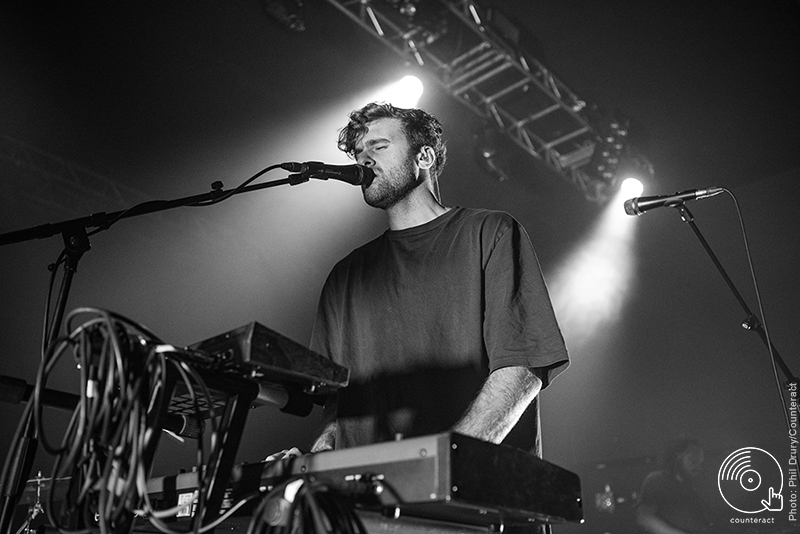 As the support act winds down, members of the crowd rush forward to fill the dancefloor ready for the main event. Music suddenly plays from the speakers and the crowd are brought to the edge of their metaphorical seats (and literal on the balcony). Editors emerge onto stage and the crowd roars with anticipation. ‘The Boxer’ begins to play with tactile synths and pounding drums. Tom Smith’s recognisable vocals boom throughout the room, warming everyone’s ears and reminding everyone of the classic hits to come later in the set. 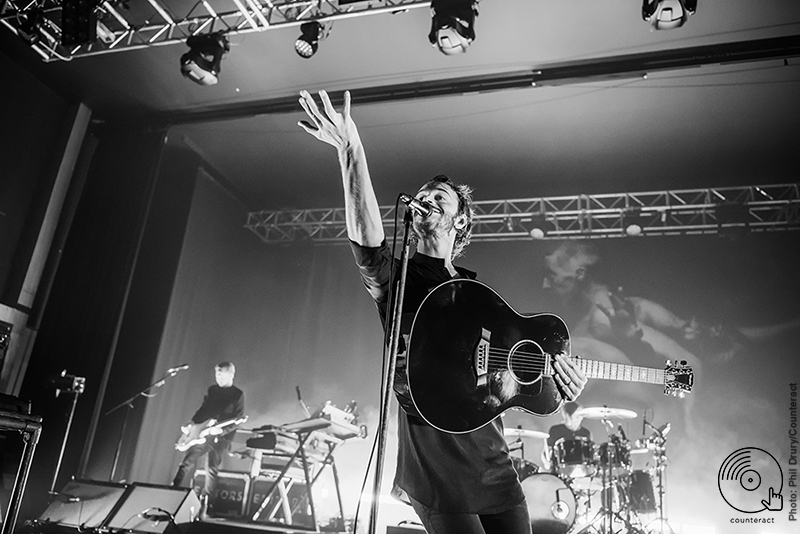 And the hits inevitably came thick and fast, with ‘All Sparks’ and ‘An End Has a Start’ arriving in the first half of the set. Excellent riffs have always been one of the strongest parts of the Editors’ arsenal and this is made immediately evident as the crowd chants along to every note. Fans of the older material are treated to a sizeable helping of newer tracks, and they are well received. But the first highlight of the night came in the form of 2005’s ‘Blood’ followed by 2010’s ‘Papillon’. A stark contrast is drawn between The Back Room’s straight-faced indie-rock tune and the blaring synth and pounding beats of their later material. Everyone is jumping and the vibe is really something special. 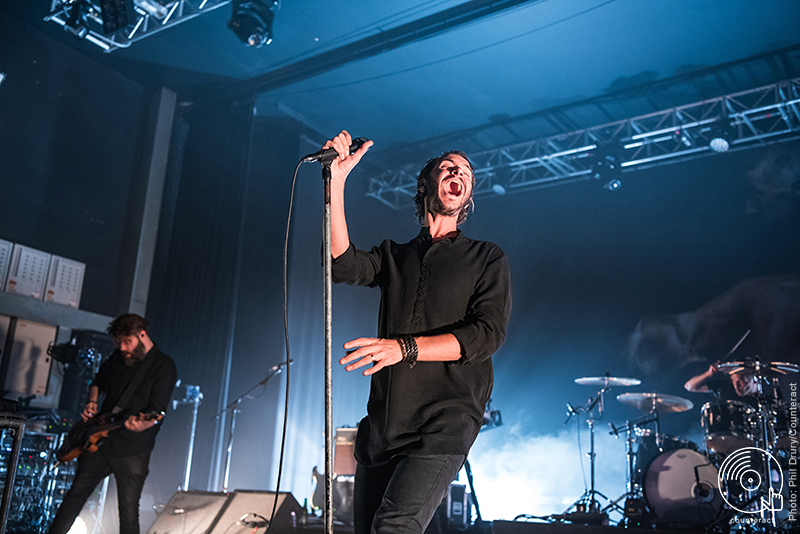 The band take a bow and leave the stage shortly after this high point, and the excitement only builds further. Everyone knows the best is yet to come, and before we know it, the band are back on stage with one more new track, ‘Cold’, before getting straight into ‘The Racing Rats’. Yellow flashes bursts from the stage lights and the crowd’s hype peaks, but something is wrong. The bass is cutting out, and before long Tom’s microphone also cuts out. Glances are exchanged, and just as the killer riff is meant to begin, the band are forced to stop and leave the stage for a minute or so. “Let’s try that again.” says Tom after coming back on and restarting the piano intro. Somehow this only enhances the performance, and the second time round it seems to go even better. Next came breakout single ‘Munich’ followed finally by the anthemic ‘Smokers Outside the Hospital Doors’. 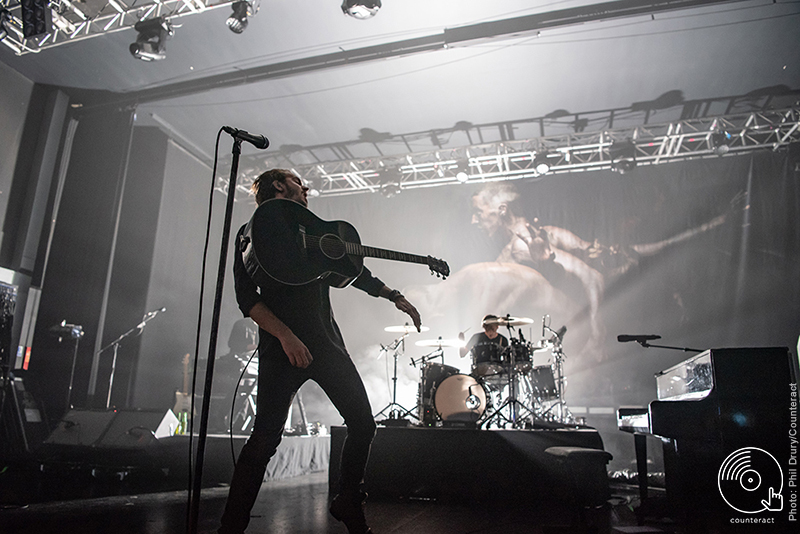 It felt as if we were back in the golden age of indie, with bands like Interpol, The Strokes, and Editors rightfully dominating the scene. Overall an amazing night full of classic throwback singles and flashes of uplifting synthpop.