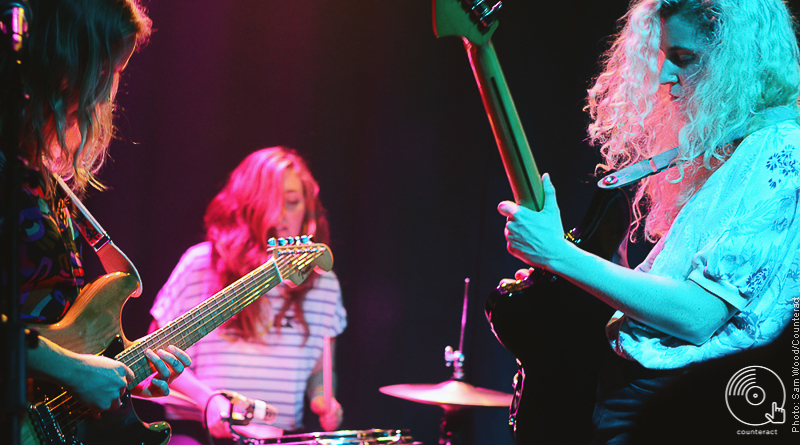 The night can be characterised as two slacker-rock bands trying to out-slack each other. Glaswegian openers Tuff Love are almost suspiciously laid-back, almost to the point of disinterest. Their shoegaze-esque indie-pop has a similar nonchalant feel to it. Does this chord match that bass note? Should we put more than a few notes in this guitar solo? Eh, who cares, it’s punk, man. This is all meant to be a compliment, by the way.

The best moments of their set are songs such as ‘Sweet Discontent’, which pairs this ultra-relaxed vocal delivery with a post-punk edge and succulent falsetto harmonies.

Chastity Belt are similarly slackers-in-a-good-way. Lead singer Julia Shapiro sounds like a cross between Lou Reed and J. Mascis, simultaneously sharp and loose. They open with ‘Drone’, the aptly-named first track from their most recent album. Their sound is so minimal and so restrained that at times- to uninterested ears- they can sound a bit sparse. Luckily, you’re the kind of person who reads Counteract, so we can assume your ears are interested.

They seem a bit awkward at first, as their recent exposure through 6 Music has apparently pulled in a crowd slightly older than they’re used to. They find their stage banter groove, however, when they work out that quiet Brummie crowds like it when Americans insult Birmingham. “It was so bleak round here today,” bassist Annie Truscott muses, “So bleak. It reminded us of Seattle. Reminded me of home.” The crowd chuckles. They start to get into it a bit more from this point, grinning during guitar solos and laughing at each others’ jokes. Lead guitarist Lydia Lund steps up to the mic for “Lydia”, and drummer Gretchen Grimm swaps with Shapiro to lead a song herself.

Chastity Belt close with belter ‘Time To Go Home’ and recent single ‘Joke’, a chilled-out stoner anthem. When they’re finished, a few crowd members try to shout for an encore, but give up quickly. For the older 6 Music crowd it’s a little past their bedtime. Bless.