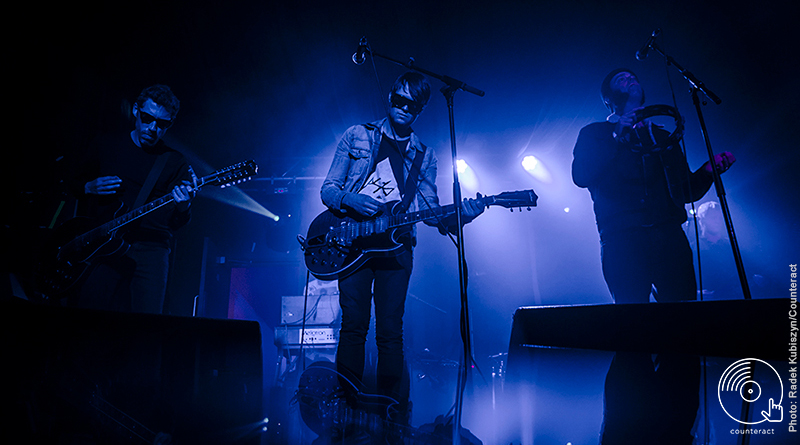 The O2 Academy was bursting at the seams on Tuesday October 17th as neo-psych-rock veterans The Brian Jonestown Massacre rolled into Birmingham on their 2018 world tour.

Having formed back in the mid 90s amidst the wave of post-grunge and alt-rock popularity, BJM gained an unintentional reputation for erratic rock notoriety thanks to the award winning 2004 rockumentary, Dig!.

Releasing recordings through frontman Anton Newcombe’s own label, A Recordings, the band make their own rules and have no restraints on their creative output, as evidenced by the sheer volume of material that the collective have recorded to date. 2018 is no exception, with the latest album Something Else being released on June 1st and a further self-titled album due to hit the shelves before the year is out.

Leeds male/female duo Jelly Skin opened the show with an eclectic set embracing the art of synthesized trickery. Visually possessing an image mirroring the Beatnik movement of the 50s, it was refreshing that their music could not have been further away from the acoustic folk that formed part of that era. Instead, their set was a nod towards the electronic post-punk influence of bands such as The KVB, with hazy vocals reflecting the style of shoegaze experts, My Bloody Valentine. Included in the set was their latest release, ‘Judder’, which got the crowd warmed up and it is safe to say that Jelly Skin have increased their fan base as a result. 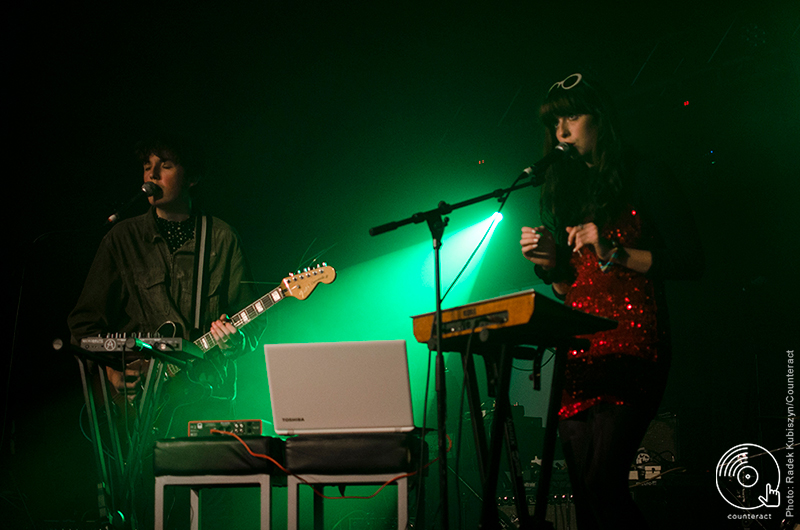 At 9pm band leader and alleged hard-to-handle perfectionist, Anton, casually led his ever changing ensemble on stage ready to take the audience on a trip down the rabbit hole. The Brian Jonestown Massacre crowds are like no other, a mass of ‘Eat Shit!’ T-shirts and black sunglasses sum up the cult-like fans loyalty and the band themselves are the obvious instigators. With Anton in dark shades and a hat which looked stolen from Sherlock Holmes, and laid-back jangle master Joel Gion in a woolly hat and fur lined jacket despite the rising heat of the venue. The collective are the epitome of effortless cool, unpretentious charisma and ‘couldn’t-care-less-what-you-think-attitude’. 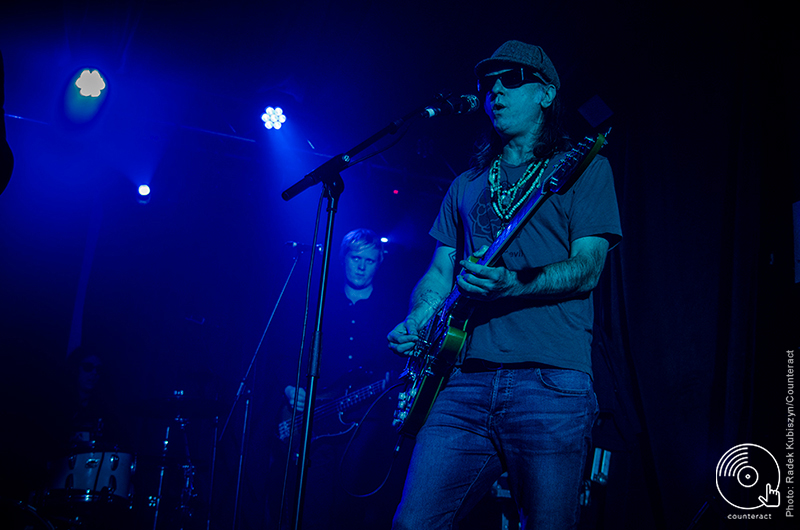 Whilst it was expected that the band would include a lot of new songs on this tour, the amount of material in their back catalogue ensured that their choice included something for fans old and new. A career spanning set-list which in true BJM style went on for well over two hours. New songs such as ‘Who Dreams Of Cats?’, ‘Forgotten Graves’ and ‘What Can I Say?’ are a return to original form for the band; tamer, structured, but no less potent and latest single ‘Hold That Thought’ brought a calmer feel to the performance. Older favourites such as ‘Pish’, ‘Food For Clouds’ and ‘When Jokers Attack’ brought the evening back to a well loved psych-rock affair and got the crowd moving. Noticeably the star of the set-list was ‘Anemone’ which had the audience swaying and singing along in awe despite the lack of a female vocalist on stage. 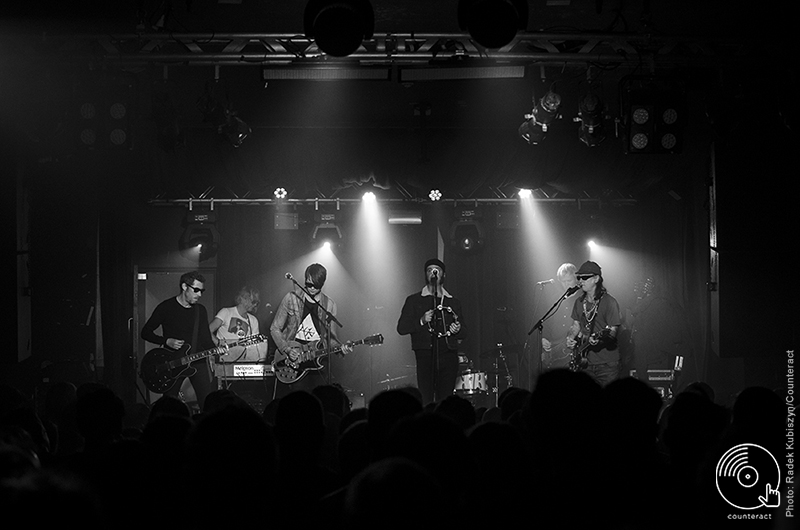 It seems that BJM have left much of their erratic past behaviour behind them without losing the ‘we don’t care’ attitude they are renowned for. Given their previous reputation for onstage outbursts all eyes were on the main man when a shout of “Bohemian Like You” came from a presumed amateur comedian in the crowd. Thankfully the rise they sought to gain was blatantly ignored and apart from a random expression of disdain at Einstein being referred to as a ‘confusionist’, the evening ran smoothly. An equal amount of attention was focused towards Joel. The stalwart band member took pride of place centre stage, shaking his tambourines and maracas with a dazed and confused expression, easily making him the most entertaining person to watch. If the USA had an equivalent of the Happy Mondays Bez, Joel Gion would be it. 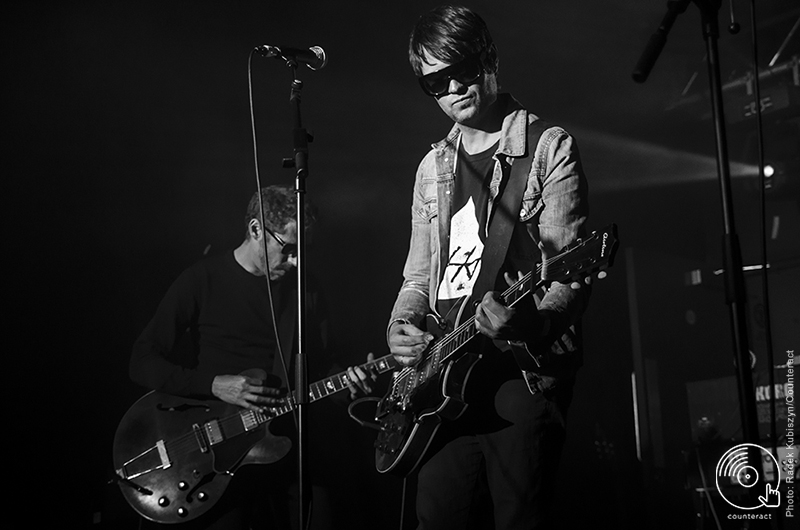 Although an encore would have been welcomed, given the length of the performance it was in no way expected. Instead, the band members left the stage to the hum of guitar amps leaving Anton turning analogue synth dials obsessively to find the ultimate warped pitch, before making his escape back into obscurity. Given the perfectionist that he is reported to be, even an exit from his first class performance requires precision.