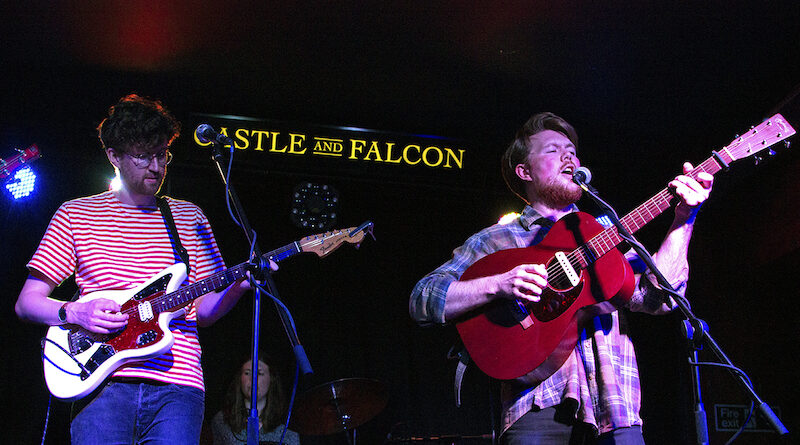 Folk four-piece Boat To Row returned to the stage at a celebratory, fun-filled mid-week gig at the Castle and Falcon on Wednesday 17th July

It’s been quite the year for Boat To Row. After launching a campaign with Pledge Music to raise money for their upcoming album, Rivers That Flow in Circles, the platform fell foul to administration, shamefully taking with it the cash the band worked so hard for.

However, all has not been lost and thanks to local independent record label, Static Caravan, the album is back on, with its release due on September 20th. To celebrate the news – and with thanks to a few favours – the band decided to throw a celebratory mid-week knees up at the Castle and Falcon, headlining the evening with support in the form of Faux Palms and Katharine Priddy. What ensued was an evening of joy, brilliant music and a righteous two fingers up to Pledge Music.

First up was Faux Palms who, even as the first act of the evening, had pulled in quite a crowd. It was difficult to pinpoint the band’s exact style as they rolled through their set list; from the slow and melodic ‘Isn’t Going to Work Out’ to summer-twinged, sway-inducing ‘The Streets Are Always Open’, the four-piece showcased their craft to be able to flit effortlessly from one song to the next, each one with its own tone and its own story. 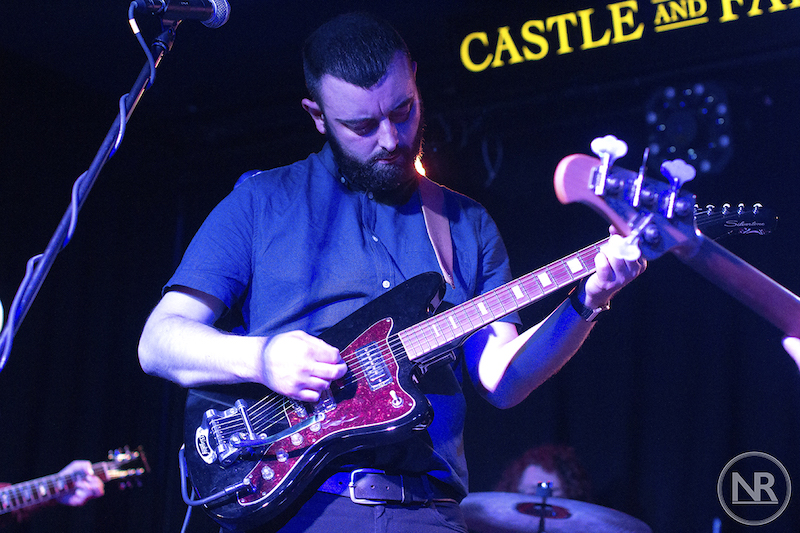 Next on the bill was Katherine Priddy, whose introduction to herself as ‘the quiet thing in between the two bands’ was as perfectly apt as it was far too modest for her startling talent. Taking her place centre stage with just an acoustic guitar, her lulling tones captured the audience, abating any previous chatter in the room. Sharing anecdotes of her time on the Isle of Eigg which galvanised itself into a song and her love of Greek myths which influenced numbers including ‘Icarus’ and ‘Eurydice‘, it proved to be a simple task for Priddy to hold the room with such a twinkling performance. 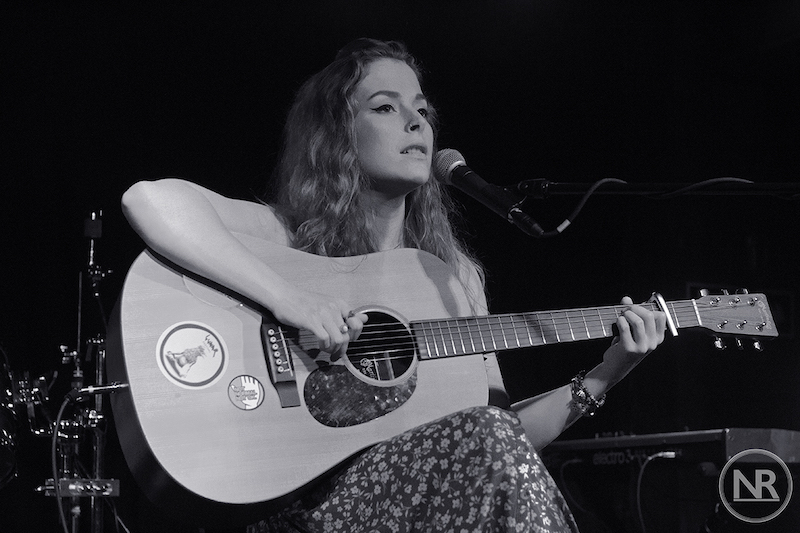 Ending her half-hour set humbly, she too nodded to Pledge Music’s pitfalls and encouraged guests to purchase Boat To Row’s goodies instead of plugging her own, recently released EP ‘Wolf’ – a heartfelt example of the unity between the musicians.

There wasn’t long to wait before the four-piece folkies took to the stage. After a short introduction, with a mention about how long it had been since they were last on stage, Boat To Row were straight into their first song, ‘Stranger of Mine’. The feeling was unanimous that their next hiatus shouldn’t be as long. 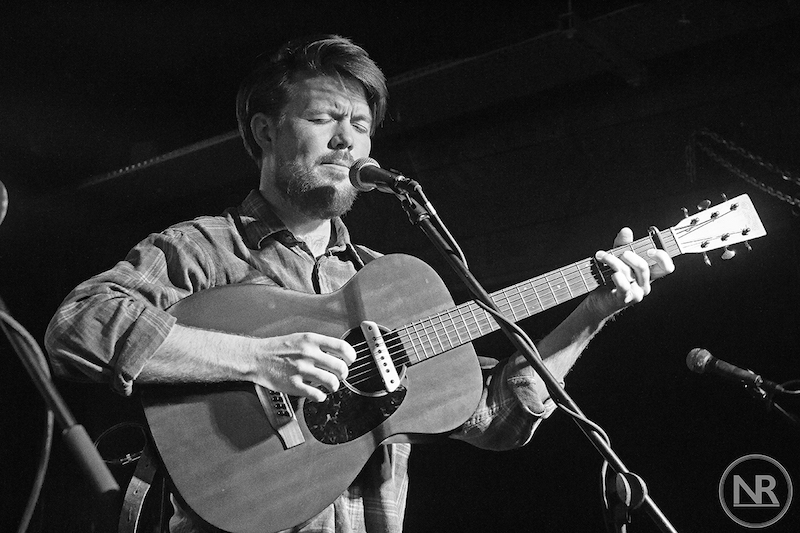 Storming through the next hour, they sailed through their tracks from their first album, I Found You Here, for which they were joined by previous bandmates, Billy Moss and Anna Bennett, who added another layer to the band’s already well-mastered depth. The addition of Anna’s backing vocals complimented lead Michael King’s voice beautifully on songs including ‘Whistle and I’ll Come To You’ and ‘Time and Time Again’. The band’s skill was showcased further by the tinkling delight of ‘Spanish Moss’ and the melodic strums of their latest single ‘On Your Own’ which sounds as sunny as it feels.

Albeit a few technical issues throughout, it was clear not a lot would dampen their spirits, with guitarist Ben Gilchrist cracking jokes, calling out for a hand when drummer Lydia Galnville experience issues with her snare. 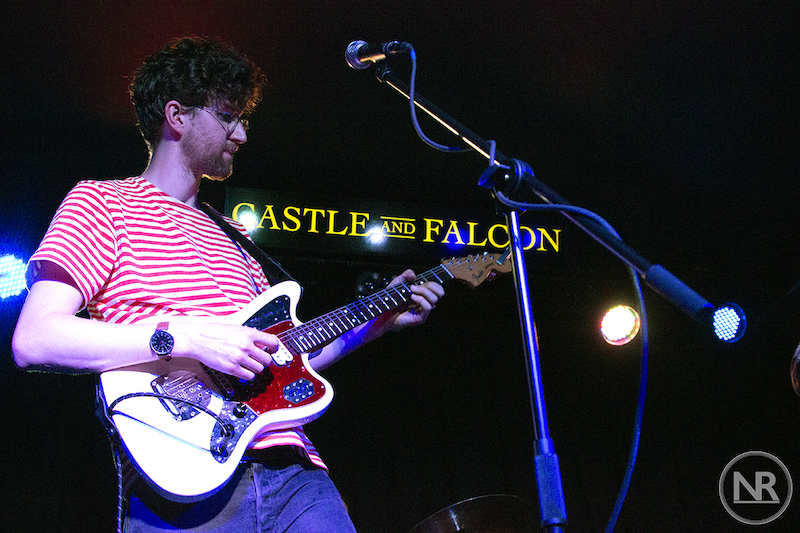 As the set came to a close, the band made their thank yous to the promoters, the venue and the support acts, all of whom had agreed to play and put on the show for free to help the band get back on their own feet. It’s very safe to say Boat To Row have picked themselves off, dusted themselves off and come back even more sparkling than before with a belter of a final song – a cover of Fleetwood Mac’s ‘Dreams’. 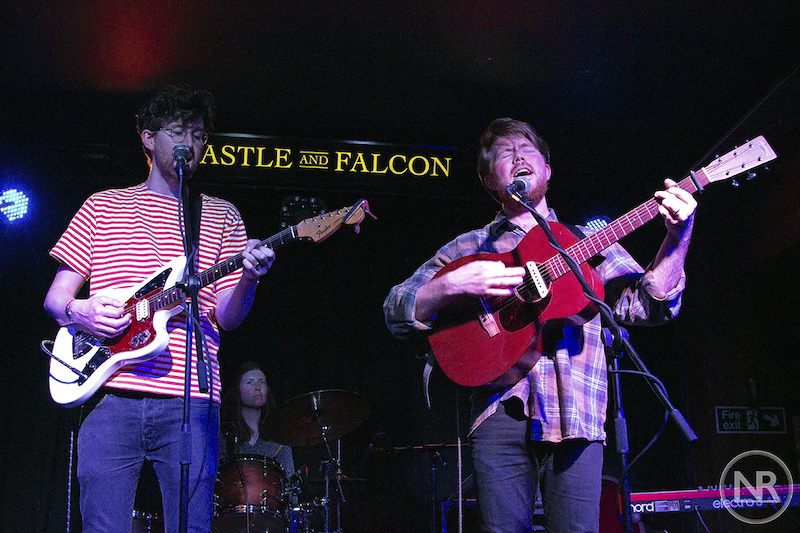 The Castle and Falcon proved to be the perfect space for a comeback gig, although it’s safe to say Boat To Row are destined for much bigger stages and, hopefully, have even more to celebrate next time.