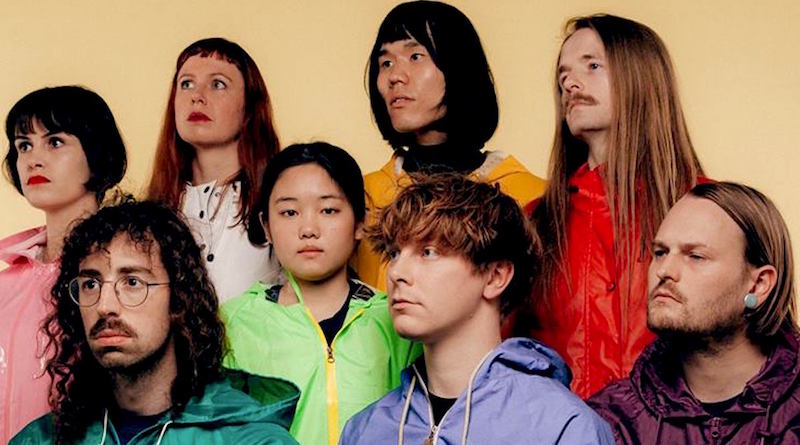 In January 2017, a mysterious new band, with no social media presence, released ‘Something For Your M.I.N.D.’ with great success. In just a year, Superorganism have received massive recognition from people such as Frank Ocean and are now set to play six shows in the UK this year.

Members of the eight-piece band met on various music forums, each bringing with them a unique style that, when combined, has helped to generate their completely original sound. Coming from all walks of life – different cultures, different countries – Superorganism have managed to produce an exciting blend that is what has made their music so popular. Check out the song that started it all for them – ‘Something For Four M.I.N.D’ – below.

The band have now officially come together and reside in East London, making music and making plans of the future. One of these plans has been to play live shows across 2018. Birmingham’s O2 Institute is lucky enough to be one of these venues.

Superorganism have also announced the release of their debut, self-titled album, which will be out on March 2nd via Domino Records. Pre-order it here.