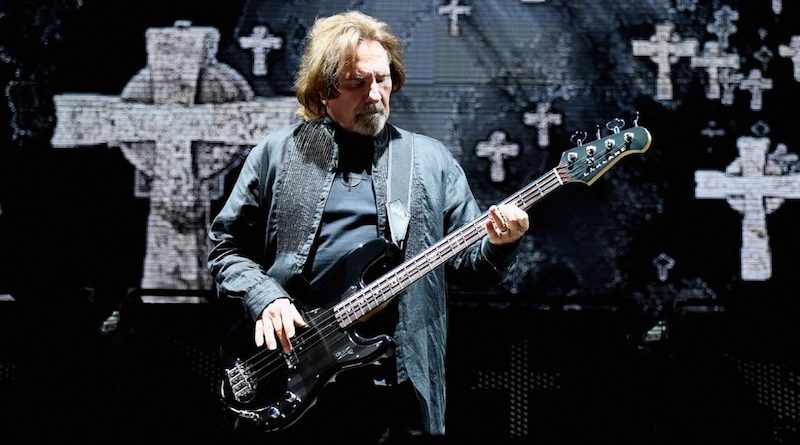 One of the most iconic bassists in the world – Geezer Butler – will be honoured with a star on Birmingham’s Walk of Stars next month.

Significantly, February 2018 marks 50 years since Black Sabbath formed the band, as they performed their first Birmingham show together in February 1968.

The Walk of Stars, on Broad Street in the city centre, is home to a number of Birmingham’s most famous names including Jasper Carrott, Julie Walters, Jeff Lynne, Roy Wood and Geezer Butler’s Black Sabbath bandmates, Ozzy Osbourne and Tony Iommi.

Butler joins the Aston Villa European Cup winning team of 1982 in being honoured with a star – and there’s only one place that the presentation can be made.

The presentation will take place at Villa Park, the home of his beloved Aston Villa Football Club, on Saturday 3rd February during half-time of the game versus Burton Albion, marking a year since the band’s final shows.