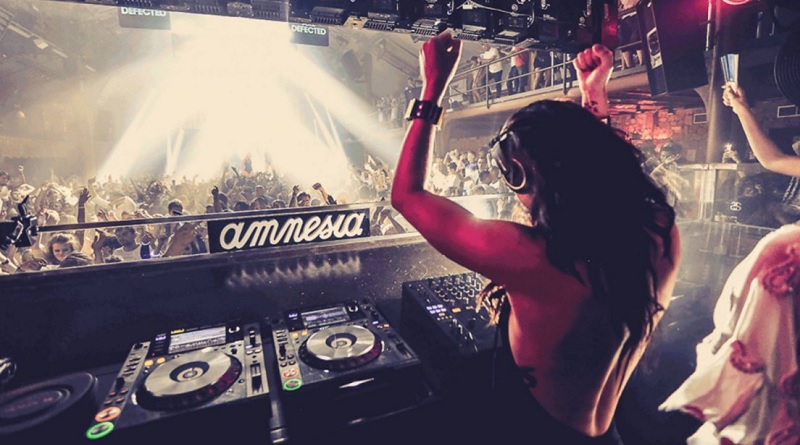 House DJ and Birmingham local Hannah Wants will be returning to The Rainbow Warehouse on the 18th March to end her PLAY Tour in the city that kickstarted her career. We caught up with Hannah in the run up to the final date of the tour to discuss her influences and how coming from Birmingham has shaped her as a DJ.

The ‘Rhymes’ producers was previously a professional footballer for Aston Villa women’s league but left the football pitch for the house and garage scene. “I bought my first set of turntables when I was 16 years old. Well, they were a birthday present to be precise, a pair of belt drive Numarks. I took myself to HTFR in Birmingham, purchased my first set of vinyl, locked myself in my bedroom and taught myself how to DJ.”

Since then, she’s enjoyed numerous successes. Since being named the ‘Best Breakthrough DJ’ by Mixmag in 2012, she’s rapidly risen to fame, securing a residency on Radio 1 in 2015, and headlining festivals such as Creamfields and Hideout.

Does she think she’s ‘made it’? “I think the moment you think you’ve ‘made it’ is the moment you begin to take things for granted and decline. I don’t think like that. I’ve achieved a lot for sure but I still work hard, am eager to keep learning and I still have so much I want to achieve. I’ve been on one mad journey over the past decade and I have some very fond memories but I hope to make a load more over the next decade!”

But is she proud to be a Brummie? “I’m not gonna lie I wish we had a different accent! Other than that Birmingham is a strong city. In my opinion we have one of the strongest cities in the UK for raving and it’s always a pleasure to DJ here.”

It’s no doubt that Birmingham has some very strong venues. Hannah tells me that The Rainbow Warehouse is a venue very close to her heart. “It’s an incredibly special place as it’s where it all started for me. After DJing locally for a year or so I became a resident for Rainbow’s 02.31, an event still happening in the same venue which is rare to find! It’s testament to the great thing they’ve got going on there. I’ll be ending my PLAY tour in the same venue that I feel started my career, so it’s gonna be extra nice!”

Her new tour PLAY will differ from her previous tour What Hannah Wants. “PLAY will be all about the music, the dark raw production, the DJ’s picked to deliver a vibe and of course the crowd who provide the incredible atmosphere. I’m looking forward to experimenting with my sound and delving into the new brand.”

Hannah Wants has DJ’d at Hideout Festival in Croatia the past few years but she tells me that before being booked to DJ for it she wouldn’t go. “I had to cancel on my mates. I just couldn’t bear to go if I wasn’t DJing. Thankfully I got booked for it the following year and have been DJing there every year since.”

We start talking about other DJ’s. She’s a fan of fellow Brummy Tom Shorterz who will be joining her at Rainbow. “The guy’s musical knowledge is second to none and he’s been a real inspiration of mine. He’s also a great DJ and a nice guy, big ratings from me.”

Hannah Wants plays The Rainbow Warehouse on the 18th March. Tickets are available via therainbowvenues.com.