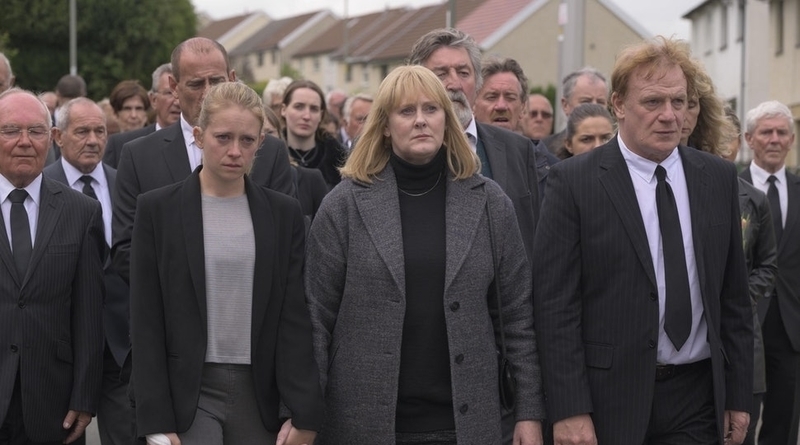 The much anticipated Channel 4 drama by Jack Thorne – who has brought us award-winning television such as This is England, Skins,  and National Treasure – premiered on October 24th to a substantial 2.8 million viewers, making it Channel 4’s most watched drama premiere since Thorne’s Kiri in January 2018.

Inspired by the events of Grenfell Tower, Thorne’s drama tackles the difficult themes that emerge following a mass tragedy in which responsibility – including corporate, personal and social – becomes blurred and blended with grief, loss and a sense of injustice.

The accident takes place in the small Welsh town of Glyngolau on the day of their charity fun run. A hopeful community assemble together in outlandish outfits to complete a two lap “fast walk” (“We’ll just do the one lap”, remarks Joanna Scanlan’s character) of the town. And to add to the good spirits, local politician Iwan Bevan (Mark Lewis Jones) announces to the crowd that the new local development ‘The Light’, of which he himself is a champion, will bring “a thousand new jobs” and thus “a thousand new smiles” to the community. Happy days!

Juxtaposed to this, the local teenagers embark on their own, very different, idea of fun. Led by the daughter of Iwan and Polly (Sara Lancashire), they break into the new development armed with cigarettes and graffiti spray, just moments before a huge explosion ripples through the town and kills off all inside but the Bevan’s daughter, Leona.

The drama and emotion that unfurls from this catastrophe is brilliantly subtle, powerful, and intriguing. There are no wails, no over-dramatised scuffles and fits of hysteria, just slow heads turning and hearts breaking as a town begins to come to terms with an event that is as unexplainable as it is devastating.

Sarah Lancashire encapsulates this subtlety spectacularly. With her calm and level-headed reaction when she catches her daughter in bed with “a 40 year old”; her saddening acceptance of her husband’s abuse in which she feebly demands “not the face”; and her painful mixture of relief and grief upon the realisation that her daughter was the sole survivor of the explosion – this quietness in the face of such devastation allows the noise of the explosion to ring and echo in our ears, forcing us to focus on what we can see in the eyes and actions of the mournful characters. 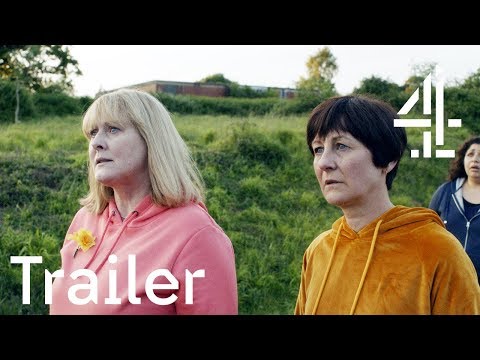 Who is blaming who, at the moment, is only prevalent through Polly’s brief outburst captured on television, in which she accuses the head of the construction company Harriet (Sidse Babbet Knudsen) of building the site “cheap as chips”; and Iwan’s display of domestic violence and refusal to see his injured daughter in hospital, which may allude to a feeling of guilt.

Eyes will surely flicker from the corporate (was it built too cheaply?) to the personal (should Debbie’s husband have noticed a gang of 10 teenagers breaking into the site?) and to the social (should the parents have been keeping a closer eye on their kids?); but what Thorne masterfully demonstrates is the ways in which a grief-stricken, isolated town, takes it upon themselves to explain the unexplainable in an attempt to seek justice.

And as echoes of Grenfell and the Aberfan Disaster drift potently into the story, we begin to find parallels with the negligence, inhumanity and corporate responsibility that looms over the drama. The Accident completes Thorne’s loose trilogy – beginning with National Treasure (2016) and continuing with Kiri (2018) – that tackles these critical issues that force us to reflect on us as individuals, societies, and nations, when politics and money disastrously combine with calamitous consequences.

We are certainly gripped to discover how Glyngolau will cope with the tragic disaster and attempt to uncover the truth behind its cause. And there are plenty of unanswered questions that are keeping us hooked: why was Martin there and able to save Leona from the rubble? Why does Leona carry such a hatred for her father – does she know something we don’t? Will Polly be able to open up about her husband’s abuse? What is the relationship between Harriet and her assistant – and indeed, Harriet and Iwan? And why is Pete from Gavin and Stacey lurking suspiciously in the shadows?

One thing is for sure. We’ll be tuning in next Thursday at 9pm to find out.

The Accident is available to watch on All 4 now. Episodes will be airing weekly for four weeks on Channel 4, Thursdays at 9pm.