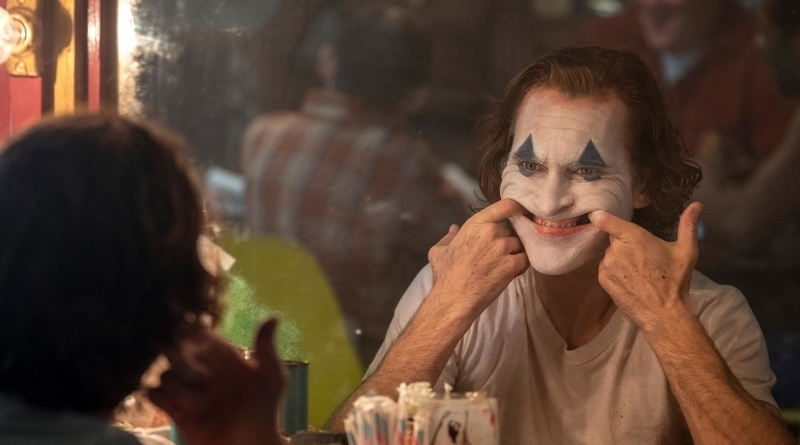 Todd Phillips’ controversial comic book movie is less incendiary work than tired rehash. Watch it get Best Picture at the Oscars. I swear to God.

Haven’t we had enough proof that a wolf in sheep’s clothing is still a wolf, and that a gold-leafed turd sure as shit ain’t jewellery? Even in our post-postmodern era, pastiche leaves little room for originality, and Todd Phillips’ criminally banal Joker spends a lot of time repurposing greener pastures. Much like Zack Snyder’s slavish panel-for-panel recreation of Watchmen, Phillips’ pursuit of aesthetic resemblance is rooted in a juvenile desire to be gritty, but he never grasps for something worthy of his lofty visual forebears.

Enter: a grime-coated, crime-ridden Gotham. Except, wait a minute… It’s really just a grime-coated, crime-ridden New York from the ‘70s. Much has been made of the ties between Joker and Scorsese’s oeuvre, and it’s fitting for such a surface level work that Lawrence Sher’s cinematography stands out the most. Taking heapings of inspiration wholesale from Taxi Driver et al, Gotham has never looked more genuinely rotten; a skeevy husk of crime and villainy. As a means of setting and maintaining mood, the pervasive decay is effective, at the very least.

The deep contrast browns and greens of the city in turn give way to the brighter, albeit still subdued, colour palette of Joaquin Phoenix’s Arthur Fleck, better known to you or I as the Joker. Sher’s camera is perpetually pinned to the would-be clown king as we follow his rise, or his fall, as it were (though the film gets confused as to which is which). Joker is actually a surprisingly straightforward origin story for the titular trickster, and one refreshingly unburdened by any wider entertainment universe concerns. If nothing else, Phillips’ and Phoenix’s attempts to create such a focused character study in the age of explosive spandex bombast is admirable.

It’s also with Phoenix’s performance that the lines between premium and knock-off begin to really blur. Phoenix gives what can only be described as a committed take on what is now an infamously taxing role, complete with the requisite extreme weight loss, and repeated rumours of on-set freak outs. He twists, turns, and contorts himself into a festering ball of pure unbridled entitlement and frustration, writhing with a perpetual confusion at the state of the world that’s undeniably hypnotic in its concentration. It’s a shame then that much of that effect is lost whenever he opens his mouth.

The script, penned by Phillips and Scott Silver, feels angry. Fleck spews line after line about being misunderstood, but his words are rarely grounded in human concerns. Tapping into hot button topics like incels and online communities of frustrated social outcasts, Fleck’s dialogue feels like it was swiped from a randomly selected 4chan thread. It’s less how someone genuinely struggling to find his place in the world would talk, than the first draft of a trope-laden play about a capital k ‘Ker-razy’ serial killer. Travis Bickle was terrifying because he wore the face of your average Joe, but Arthur Fleck feels like a bitterly scrawled cartoon.

One of the beauties of cinema is that it doesn’t require you to like the people you see on screen. They can be contemptuous, money-grubbing, dog-hating, tax collectors, and still have a depth that forces you to reconcile your dislike with an understanding of their existential viewpoint. You don’t even need to agree with the director themselves, assuming a further separation of art and artist. And yet, Phillips’ vision of the Joker is resolutely one note. Phillips boldly tries to force his viewers to assume the Joker’s worldview, but by drowning everything in a poe-faced pessimism, he sullies many of the wider points he gestures toward.

For a film supposedly concerned with Fleck’s gradual decline, he starts the film seeming pretty damn disenfranchised with the state of Gotham. He cares for his sickly mother, works a job as a for-hire clown that sees him routinely get beaten up and humiliated, and the state-run support system he leans on for his mental illness is woefully lacking; and that’s without even mentioning the so-called super rats. Over the course of Joker’s interminable second act, Fleck is dismissed by near enough every single human he encounters, largely due to his uncontrollable bouts of maniacal laughter. If the world was truly such a cynical place, then how could anyone begrudge him resorting to violent extremism?

Surely this is Phillips’ point, and yet it feels like a hypothesis scribbled in the margin of a 15-year-old’s school book. What Joker lacks for is any counterpoint and therefore any nuance. Whilst Fleck’s narrative perspective is repeatedly shown to be unreliable and tainted, we barely meet a single person who wouldn’t benefit from a scared straight programme at Arkham. One of the film’s only genuinely empathetic characters is made the subject of such a meanspirited joke that it threatens to derail any separation between Fleck and Phillips. It certainly doesn’t help that such lazy and outdated comedic veins have been Phillips’ raison d’être until now.

This extends into Phillips’ handling of the thematic material. Gotham’s decline is equated with the fat cats and their indulgences, and in turn the Joker’s violent acts galvanise a snowballing peasant’s revolt. The figurehead of the 1%, Thomas Wayne—whose inclusion provokes a few half-suppressed chuckles with its edgy reimaginings of the Batman mythos—is a vile, hard-nosed businessman with fingers in a few too many pies, but who is he actually oppressing? Even the impoverished are resolutely immoral in Phillips’ world. Add into that Fleck’s own solipsistic motivations, and no binding statement ever emerges—remarkable really given the simplistic black and white socio-politics at play.

Why is Joker so muddled then? Why does Phoenix change his portrayal from Forrest Gump-esque simpleton to angsty teenager on a scene-by-scene basis (and without any of the potentially entertaining, insightful flourishes such a chaotic personality switch might afford)? Ultimately, it’s because Phillips has cribbed without comprehension. The grot and grime are present in abundance, but there’s nothing to suggest more of a guiding motivation than revelling in such disgust. In what’s supposed to be a morally conflicting final sequence in which Fleck finally becomes the title character, the preceding lack of groundwork just makes it morally queasy. In the end, Joker is nothing more than a misanthropic mire that’s far too short on the darkly comic mirth its title teases.

Joker is screening in movie theatres the nation over to much applause. Check out the upcoming slate of screenings at The Electric and The Mockingbird.