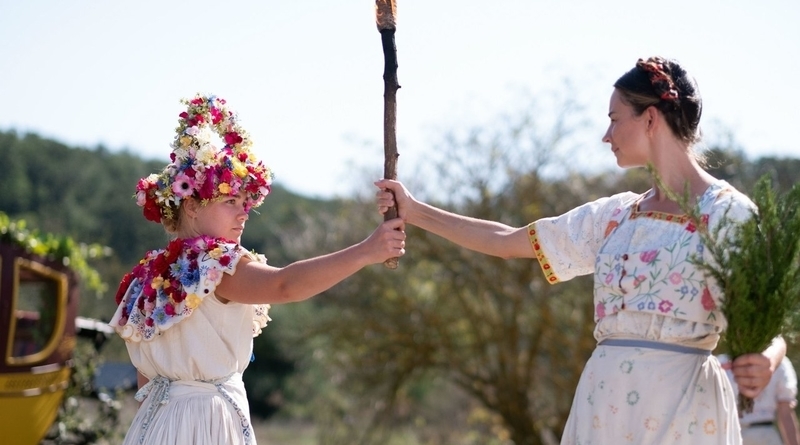 Everyone’s favourite grief counselor Ari Aster is back. Loaded with Instagram-ready visuals from rural Sweden, the jury’s out on whether Midsommar has substance behind the pastel colours.

It’s been hard to miss Midsommar in recent weeks. There’s been an absolute assault of social media content and even its own Twitter hashtag. The hype has been overwhelming. It’s no surprise then that its aesthetic has been at the forefront of much of the hype. Its setting, the uninterrupted daylight of Sweden’s rural Hårga, is the starting point for a film that attempts to buck horror-movie convention, trading in the unknown and unseen of darkness, for the brightness of summer and the colour of flower-power.

After a horrific family tragedy and with their relationship on the brink of falling apart, Dani (Florence Pugh) decides to join her boyfriend Christian (Jack Reynor) and his friends on a Summer trip to a rural folk festival in Sweden. The group, lead by friend and native Pelle, arrive and are met by an idyllic scene. Rolling hills, mountains, luscious grass, it’s all there. The community are as serene as their surroundings, blonde-haired and amiable, and they welcome these outsiders with open arms.

If it all sounds clichéd then that’s probably because it is. The story of a commune that hides dark secrets isn’t exactly fresh, but the opportunity to delve deeper into the whys is left behind, and instead the focus remains firmly on the aesthetic. But much of what makes up Aster’s visually impressive film seems so familiar. You could be forgiven for seeing Annihilation in the bright, warped flowers that move and breathe as the protagonists ingest different types of mind-altering drugs. At times the costumes look more like an extended Marc Jacobs Daisy Love advert. 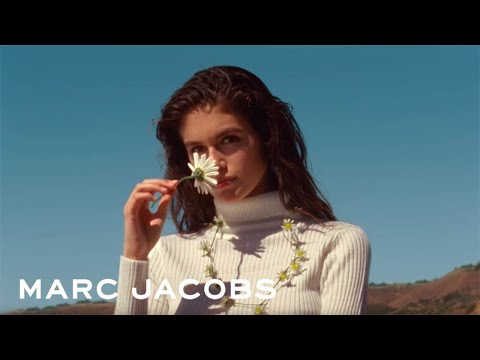 The beautifully detailed folk art that adorns the ceilings and walls of the community’s buildings is visually arresting, but it is also comical, with crude graphics depicting brutal violence and blood, sex and magic. And much like the historical tapestries it’s inspired by, it’s all very memeable. The whole film feels like a carefully curated Instagram profile, and as such, seems to lack its own identity.

This perhaps sums up the film’s major issues. When none of this aesthetic feels original or even particularly inspirational, it’s up to the story to bring the film to life. And at times Aster does this. This is evident in the wonderfully paced ättestupa ritual scene, where two of the commune’s elders commit what’s known as senicide. Here Bobby Krlic’s incredible, expansive score adds to the sense of dread the group feel as, with little warning, they’re thrust into the commune’s barbaric world.

Frustratingly any momentum gained using Krlic’s tones is consistently and often immediately thrown away in an attempt to flesh out the characters of the group, and as a result there are more moments of genuine laughter than of terror. Ultimately it’s redundant, as you end up feeling very little, if anything for the group of American tourists who wouldn’t seem out of place in a low-budget addition to the Hostel franchise. 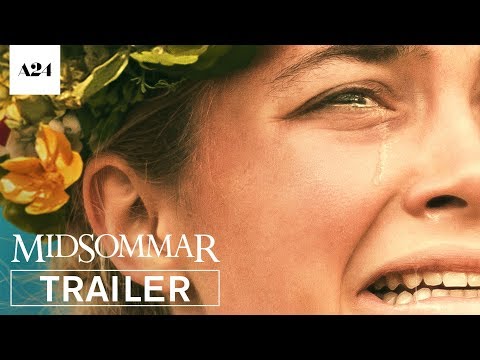 The film slowly builds towards its finale, and through it all we stick mainly with Dani, struggling to cope, and steadily losing her grip on reality. The commune represent the chance for the support and security that her boyfriend is unwilling to give her, and that she desperately craves. Here is the film’s most successful theme, the way in which male ignorance and carelessness can contribute to the breakdown of the female psyche.

It’s been written that Midsommar is more of a break-up film than anything else. This is certainly believable, as Ari Aster himself has admitted to channelling his own particularly difficult break-up into Midsommar, using it as a creative outlet. The experience of emotional abuse during a relationship is almost universal. However the take here feels quite prescient at a time where gaslighting is being widely discussed. Couples may be split on how to feel at the end.

Unlike Hereditary, Midsommar deals with horrors that are uniquely human. But when none of the people showcase any of the more virtuous human traits, then what is there to invest in? For a more satisfying trip, watch Mandy, a film that flexes its influences and deals out its violence in a much more satisfying way. It also has Nicholas Cage in it. The meme king.

Midsommar is showing at The Electric Cinema now.